Bye! You have logged out from ExperienceFirst.
Blog · New York · 12 Attractions You Must Not Miss in NYC
October 13, 2020 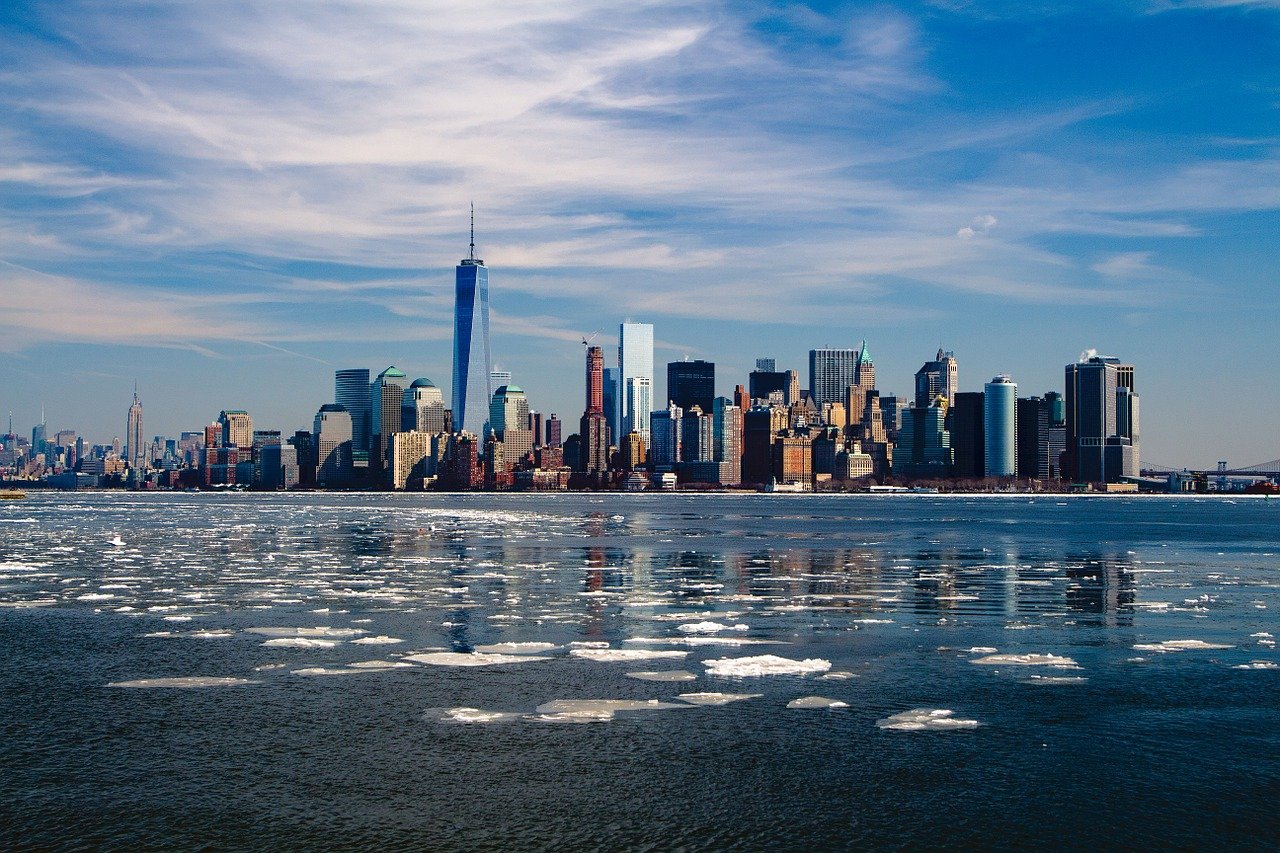 Whether you’re planning for a weekend or you’ve been here for years, there’s so much to see that you’d need a lifetime to do it all. Besides Times Square, it seems there’s never a definite answer as to where exactly your time should be spent in this massive urban jungle.

Is it worth it to see this? Do I have time for that? These questions are difficult for any traveler to answer, but especially here in New York. As a longtime NYC guide, I’m here to help make your planning just a little bit easier with this handy list of must-visit spots in the city, from famous monuments to incredible neighborhoods.

Here are 12 attractions that you absolutely must see when you visit New York City.

1. Statue of Liberty and Ellis Island

The top spot on this list may not be a surprise, but there’s no doubt that both of these attractions are a must when you’re in New York.

The Statue of Liberty is the symbol not just of New York but of America. And Ellis Island represents our nation, too — after all, almost half of Americans can trace their ancestry back to this one island.

There are many options for viewing the statue from the harbor, but I recommend taking the time to go to Liberty Island to see it up-close. You can visit the Statue of Liberty Museum and climb the pedestal for incredible views. From there, it’s a quick ferry ride over to Ellis Island to explore the immigration museum and learn more about this gateway to America.

Both islands have a unique experience to offer that you should discover for yourself at least once. You can always visit the Statue of Liberty and Ellis Island with a guide to make your visit that much richer — adding in historical context and local insight — but however you choose to visit, these two deserve top billing on your NYC bucket list.

New York City has an amazing urban skyline, and we’ve got the observation decks to go with it. The Empire State Building, Top of the Rock, and the One World Observatory are three of the best. No matter which one you choose, you’ll be guaranteed an amazing view and an unforgettable experience.

However, doing all three isn’t worth the time and money for most people, so I suggest choosing one and take lots of photos. Each has its own benefits. Here are some highlights at a glance, but I’ve linked each one to an in-depth blog post about that attraction so you can read more and decide which one works for you.

The Theater District is home to over 40 Broadway theaters, which is why New York offers some of the best live theater on the planet. Whether it’s a new musical, the latest smash-hit or the long-running classic, seeing a Broadway show transports you out of your seat and into a new reality. That’s the magic of Broadway!

One of our guides shared lots of great insider tips for exploring the area in our Broadway behind-the-scenes blog post. He has a few suggestions for tickets, but know that although prices may be steep, there are ways around it. For example, you can visit the TKTS booth in Times Square or sign up with TodayTix for discounts on the go.

You can also tour Broadway with a real-live NYC actor to learn more about the stories and secrets that make NYC’s Theater District unlike anywhere else in the world.

There’s nothing that beats a sunny day in Central Park. Definitely save this one for a nicer day — rainy weather doesn’t allow you to truly enjoy the beauty that is essentially New York’s backyard.

Take a stroll through The Ramble, pay tribute at Strawberry Fields, go skating at Wollman Rink, picnic in Sheep’s Meadow — you have plenty of options, and you’ll see other New Yorkers out here doing the same. Visiting Central Park is a great way to get a glimpse of authentic NYC life.

While rain might get in the way of a good time at the park, don’t let cold weather stop you. Central Park in the snow is classic New York fun, and ice skating here in winter is magical.

One of the many wonderful things about New York is its diversity, and that is what you’ll experience when you visit Little Italy and Chinatown. The best part? These two completely different neighborhoods are right next door to each other. That’s the beauty of New York: You get to enjoy two equally fascinating but totally different neighborhoods within mere blocks of one another.

Lots of people visit both these neighborhoods in the same trip. We do for our neighborhood tour, adding in SoHo as well. Since they’re so close, you can get a taste of each in under an hour.

Of course, you can stay a lot longer if you want to have lunch or dinner here. Little Italy has seemingly endless options for pasta, pizza, and pastries plus a few annual celebrations that really bring the neighborhood to life. Coming from the Italian flavors of Mulberry Street, you’ll cross over Canal Street, the heart of Chinatown. Chinatown is like a city within a city. Chinese food, shopping, medicine, decor — you’ll find it all here.

Walking the Brooklyn Bridge is an easy, fun adventure and the perfect excuse to visit Brooklyn. The views are unparalleled, and the bridge itself is a wonder to experience on its own.

If you want the best views, start off on the Brooklyn side and walk towards Manhattan. It keeps the view in front of you and starts you off with less crowds. This gives you more of an opportunity to relax and enjoy the scenery.

Guide tip: If the weather is nice, consider taking your stroll as the sun sets and you’ll see  the skyline of Manhattan glitter to life one building at at time.

New York is chock-full of fascinating and historical museums, but the Metropolitan Museum of Art manages to stand out among the others.

It’s the largest art museum in the United States and among the top visited museums in the world. The permanent collection alone has over 2 million works. Its halls are filled to the brim with art and culture, so you can spend a day here and not see it all (though in this guide to the Met, we try to cover everything you should see while you’re here).

The Metropolitan Museum of Art is also conveniently located at Central Park, so it’s near another must-visit attraction on this list.

Guide tip: The Met entrance fee is pay-what-you-will, so it won’t break your budget.

Arguably one of the most beautiful buildings in all of New York, Grand Central has come a long way from its opening in 1913.

About three quarters of a million people pass through this place each day, making it one of the biggest and busiest stations in the entire world. Its size is impressive, but its architecture is worth admiring, too.

The highlight is the main concourse ceiling, which soars 125 feet above you, showcasing a mural of gold-leaf constellations. Be sure to take some time to stop outside, as the facade of the building is equally beautiful, a standout among the shiny, modern towers of midtown.

One of New York’s most unexpected attractions is tucked away on the west side of Manhattan. It winds back and forth along 10th Avenue and soars 30 feet above ground. Welcome to the High Line.

The park was completed in 2016, so it’s fairly new to the tourist circuit (and honestly, still not on most tourists’ travel itineraries). Stretching from Gansevoort Street in the Meatpacking District all the way up to 34th Street, the park is built on a former industrial railroad.

As you walk up and down the paths, you’ll notice various species of plants and the original tracks themselves snaking in and out of view. 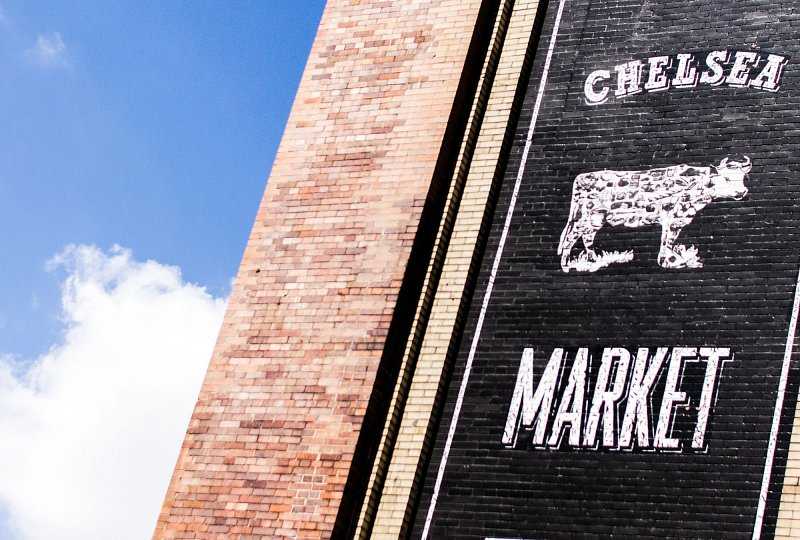 At the southern end of the High Line is the Chelsea Market, a food hall located inside the former Nabisco Factory. As you walk past mouth-watering food stands and restaurants, you’ll be pulled in by the ambiance and architecture of this one-of-a-kind building. Along with the High Line, it's one of the things that makes visiting the Chelsea neighborhood a must.
Tour Chelsea

Don’t let the name fool you. There’s so much more to this neighborhood than money.

The Financial District has a richer history (pun not intended but kind of nice) than any other neighborhood in New York. Here are just a few of the landmarks here you can’t miss:

Guide tip: While you’re in the area, stop and grab a bite to eat at Stone Street, an entire block reminiscent of the Dutch architecture that once covered Lower Manhattan.

Easily walkable, full of history and home to the beginnings of American government, the Financial District may just be the highlight of your trip.

More than any other city in America, the events of September 11th impacted New York in a way that’s still felt today. But rather than linger on the tragedy of the event, the 9/11 Memorial reflects on our healing and growth as a city following the day.

A moving piece of artwork called “Reflecting Absence,” two memorial pools stand in the footprint of the towers, surrounding the museum on either side. And around the memorial, you can’t help but notice all the amazing new buildings that have been created to rebuild what was lost. The 9/11 Museum is one of these, another must for your visit if you have the time.

Both peaceful and somber, the 9/11 Memorial is no doubt emotional to experience but is ultimately a beautiful tribute worth visiting.

While you’re here, you have to take some time out for local New York.

These three neighborhoods — Greenwich Village, SoHo, and West Village — are brimming with life and allow you to experience the real city, the way us locals do every day. It’s the energy of these neighborhoods that really make New York the amazing city that it is.

While time may be limited, and you may not get a chance to visit all three, definitely make sure to include at least one in your trip. Go shopping in SoHo, catch a comedy show in Greenwich, or grab a bite in the West Village. Each is fun in in its own way, and experiencing local culture is a necessary part of any good vacation.

So I didn’t have enough time to include everything on this list. A lineup of 12 attractions is manageable as a place to start. But this is New York City, and there’s a lot more to take in here — another 3,829 (give or take) amazing experiences beyond the dozen listed here.

From Hudson Yards to Saint Patrick’s Cathedral, we’d love to show you around our city. We can share some of these top attractions plus unique insights from a local’s perspective. Just because you’re in the big city doesn’t mean you shouldn’t get an insider’s view of these iconic sights. See you in NYC!