Bye! You have logged out from ExperienceFirst.
Blog · New York · 3 Reasons You Should Make Ellis Island A Part of Your NYC Vacation (Even If Your Family Did Not Immigrate Through)
November 26, 2017 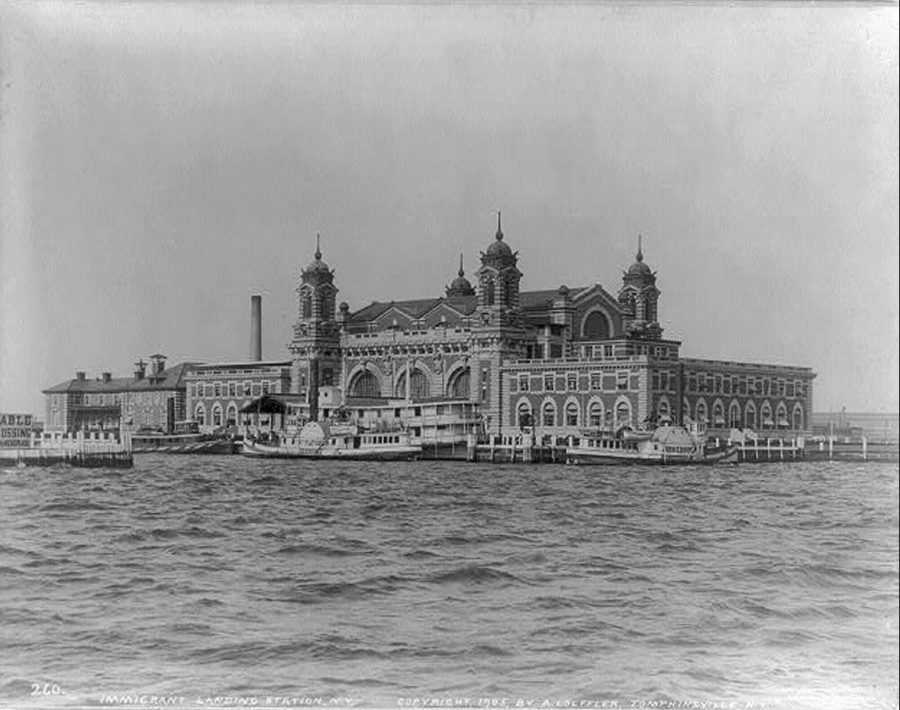 As a tour guide, a question I hear a lot is: “Is it worth it to see Ellis Island?” For those who have no familial connection or relation to the people who passed through, its importance and influence can often be overlooked. Which is why I am here to tell you that it is absolutely, 100% worth it. Whether you’ve never heard of it before in your life, or have heard countless personal stories from family and friends, Ellis Island should undeniably be on your NYC bucket list.

The most common remark I hear from guests is always, “I had no idea the building would be so beautiful.” That’s before we even go inside! I can say without hesitation that it is one of the most beautiful buildings in all of New York, a symbol of America’s majesty. Abandoned for 30 years, Ellis Island was left deserted for decades until its official reopening in 1990. Thanks to the incomparable efforts of the Statue of Liberty and Ellis Island Foundation the Ellis Island Immigration Museum is now open to the public. Today, the rebirth of Ellis Island is one of the most extensive restorations in American History, costing over 150 million dollars.

My favorite exhibit is one most people don’t even know about. On the third floor, tucked away in a corner, is the room entitled “Silent Voices”, which explores the aftermath of Ellis Island post 1954- when the entire building was left abandoned. Inside you will find artifacts, pictures and relics leftover and then discovered by those who explored the island after its desertion.

As you step off the ferry for the first time, before you is a magnificent red brick and limestone building. Designed in the French Renaissance style and built to accommodate 5,000 people a day, when you enter the registration hall you will find yourself in awe of the towering windows, the luminous chandeliers, the vaulted tile archways of the ceiling, the list goes on and on. Even more amazing than its beauty is its durability. After being abandoned for decades, only 17 of the over 28,000 tiles had to be replaced. An amazing feat constructed by an immigrant himself, Rafael Guastavino. Today’s visitors are awed by their trip through Ellis Island, welcomed to the city of New York with a grand gesture by the Main Building.

It is estimated that over 40% of the American population can trace their ancestry to a man, woman, or child whose name passed from a steamship manifest sheet to an inspector’s record book in the great halls of Ellis Island. That’s almost 130 million people. In this one single building, almost half of the American population can trace their family history. Again, you may not be one of those people. There are thousands who visit Ellis Island today who are not. But as someone who spends countless hours learning and talking about history, I find it amazing how some have no knowledge that Ellis Island exists. This building, this island, it’s more than just New York history. In terms of the history of America, and how we got to where we are today, I see Ellis Island equally as important as one would see the Constitution. As far as shaping the course of this country, were it not for Ellis, where would we be today?

The story of these immigrants ultimately becomes the story of hundreds of millions of people in this country. An opportunity to visit Ellis Island isn’t just an opportunity to walk in their footsteps, but to really, truly learn about America and how we have changed and grown as a nation. The Immigration Museum’s exhibits educate rather than intimidate, and open the eyes of visitors to the complex and contradictory emotions immigrants felt when they arrived on America’s shores. If interested, consider New York Tour1 to help you. Our guides will lead you through the journey  of these people, and share the stories and the history that led us to become a Nation of Immigrants. Join us to experience one of the most famous landmarks in the world.

3. The Secrets Yet to Be Discovered

By far the most fascinating elements of Ellis Island are those that have yet to be explored by the general public. It’s not commonly known that half of the island itself is still abandoned. Across the channel from the museum there stands a long building, and just beyond it, a series of smaller buildings interconnected by pathways. All of them untouched since the 1950s. Despite the efforts that were made to restore the main building, necessary funds could not be accrued to restore what used to be the Ellis Island Hospital and Contagious Disease Ward. Still today, Save Ellis Island is working tirelessly to rehabilitate this space so that we can continue to explore and learn from its history. As a guest of Ellis Island, you have the opportunity to contribute to this endeavor.

While this portion of the island is technically restricted to the public, the volunteers at Save Ellis Island have designed a Hard Hat Tour that allows you to step into these halls- barren, untouched, desolate- and see for yourself what few people have. By doing so you are helping to potentially one day allow others to share the same experience, as all the proceeds go directly to Save Ellis Island. On top of everything, it’s quite haunting and exciting to be standing in a building that’s been deserted for decades. I promise you it’s an experience you will never forget.