Bronx Murals: Experience the Journey From Graffiti to Street Art 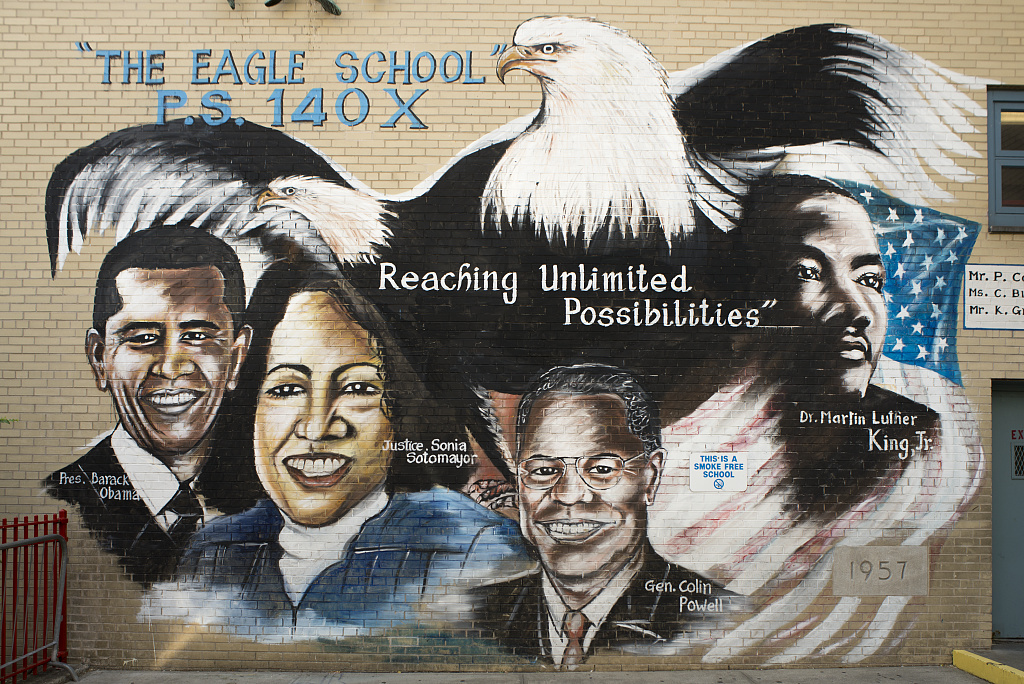 Street art has become something of an attraction in New York City in the past 10-15 years. There are entire tours dedicated to it these days. But you can’t talk about street art without first addressing where its popularity stems from — graffiti.

This art form was present almost everywhere in New York throughout the late ’90s. But the most significant transition from illegal tagging to public or privately funded street murals is best seen in the Bronx.

In this post, I’ll describe the history and rise in popularity of the Bronx murals and share the best way to visit them during your NYC visit.

Quick history of the Bronx murals

The transition from graffiti to street art didn’t happen overnight. In fact, graffiti is still very much part of New York City culture. The difference between the two comes from the focus of the art and the reputation that surrounds them.

Many people wouldn’t consider someone a graffiti artist unless they were an outlaw, operating without rules or restrictions. Graffiti is mostly made using aerosol cans and tends to focus on big, bold letters and bright colors.

With the South Bronx in pretty extreme decay in the 1970s, graffiti culture grew rapidly. Abandoned buildings became the canvas for kids to create their highly visible art. The practice soon became embedded in the culture of the borough as friends and families passed the practice on to one another.

While graffiti is a staple of the Bronx, there was a time when you could find it everywhere in the city — especially on subway cars. This allowed the artist more exposure outside of their neighborhood. But in 1989 the city declared an end to all subway graffiti. All that remained was what could be found on the streets.

In SoHo, the graffiti on the street began to take over the art and gallery scene of the neighborhood. Art collectors recognized that graffiti was more than just vandalism.

This wave eventually made its way up to the Bronx, where many graffiti artists now make a living with their art — no longer operating under the radar, but being paid to create work on the street or display art in galleries.

These commissioned graffiti pieces paved the way for the rise in popularity of street art.

Much of the art you’ll find in the Bronx today pays tribute to another of the borough’s creations — hip-hop.

While hip-hop didn’t emerge until the late ’70s (after the birth of modern graffiti), they evolved from the same place. I’m talking not just physically but culturally.

The musical style of hip-hop was created by young, working-class African-American men and women using vinyl records and turntables to craft music that could express what they wanted to say. Graffiti has a similar origin story as young Black Americans used spray paint to create art expressing their desire to be seen and heard.

As it happens, the premiere of MTV in 1981 increased the visibility of both hip-hop and graffiti. Then, in 1986, the Beastie Boys created a graffiti logo for their best-selling rap album.

Celebrating music and hip-hop with art

Following in the footsteps of its graffiti counterpart, the Bronx murals pay tribute to many different hip-hop artists and the culture around them.

The Big Pun Memorial Mural is a tribute to the Puerto-Rican rapper who passed away in 2000. It was created by famed graffiti artist Tats Cru. Pun was the first solo Latino rapper to be certified platinum. Each year, it gets repainted on November 10 — Big Pun’s birthday. It’s also become the go-to place for street artists in the area.

Not far away on Whitlock Avenue, large pieces decorate the sides of warehouses and garages, showcasing different jazz scenes and a reference to the hip-hop documentary “The Freshest Kids.”

In that same neighborhood, you will find a relatively newer mural of black and white spray paint, featuring the image of a 1980s breakdancer doing a backspin — another reference to the hip-hop genre.

There’s even a Hunt’s Point Village of Murals Project, an array of street art dedicated to preserving the Bronx culture and bringing art to its residents.

This trend has even begun to appear in more northern parts of the borough. On West Farms Road, 1,500 square feet of wall space was set aside specifically for Bronx graffiti artists. Known as the Bronx Graffiti Art Gallery, it’s meant to allow younger generations the opportunity to express themselves through street art and promote the overall value of graffiti.

It’s projects and movements like this that change people’s perception of graffiti and celebrate the rich history of street art in New York.

How to visit the Bronx murals

The murals are scattered throughout the borough, but the majority are found in the South Bronx and Hunt’s Point.

If all of that sounds too complicated or if you’re tight on time or not sure about traveling outside Manhattan, our bus tour of the Bronx, Brooklyn and beyond has you covered. On this tour, a local expert will share the best of what the outer boroughs have to offer, and you’ll see lots of murals, including some in Bushwick!

What to do near the Bronx murals

And right across the street is the Bronx Museum of the Arts. From there, just a 10-minute walk away is the Bronx Walk of Fame, a 23-block stretch with signs honoring the many famous people who have lived in the borough and many of their accomplishments.

Many murals are also found in and outside of Hunt’s Point. You can take the 2 or 5 Trains to Intervale Ave. Station or the 6 Trains to Longwood Ave.

Honoring the past while moving into the future

The Bronx murals not only celebrate and honor some of the borough’s most famous contributions, they also transform the city streets into moving works of art. What was once seen as deviant is now considered an important and uplifting part of many New York City neighborhoods, transforming the streets into an open-air gallery.

Whether you visit on your own or with a tour, check it out for yourself and see how this art form has evolved. Think of it this way — you might see something that won’t be there in 10 years, maybe even in five. The Statue of Liberty (which we love, of course) will always be around, but the Bronx murals are constantly in flux, a changing canvas in a vibrant neighborhood.

Travel Guide to Bushwick, Brooklyn: Top Things to Do

This travel guide to Bushwick, Brooklyn, has where to find murals, the best food, nightlife, art, and more.

From Coney Island and Bushwick to Park Slope, Flatbush, and Crown Heights, there’s so much more to Brooklyn than a bridge. “Breukelen” was…