Bye! You have logged out from ExperienceFirst.
Blog · New York · See New York City from Top to Bottom at One World Observatory
June 29, 2020 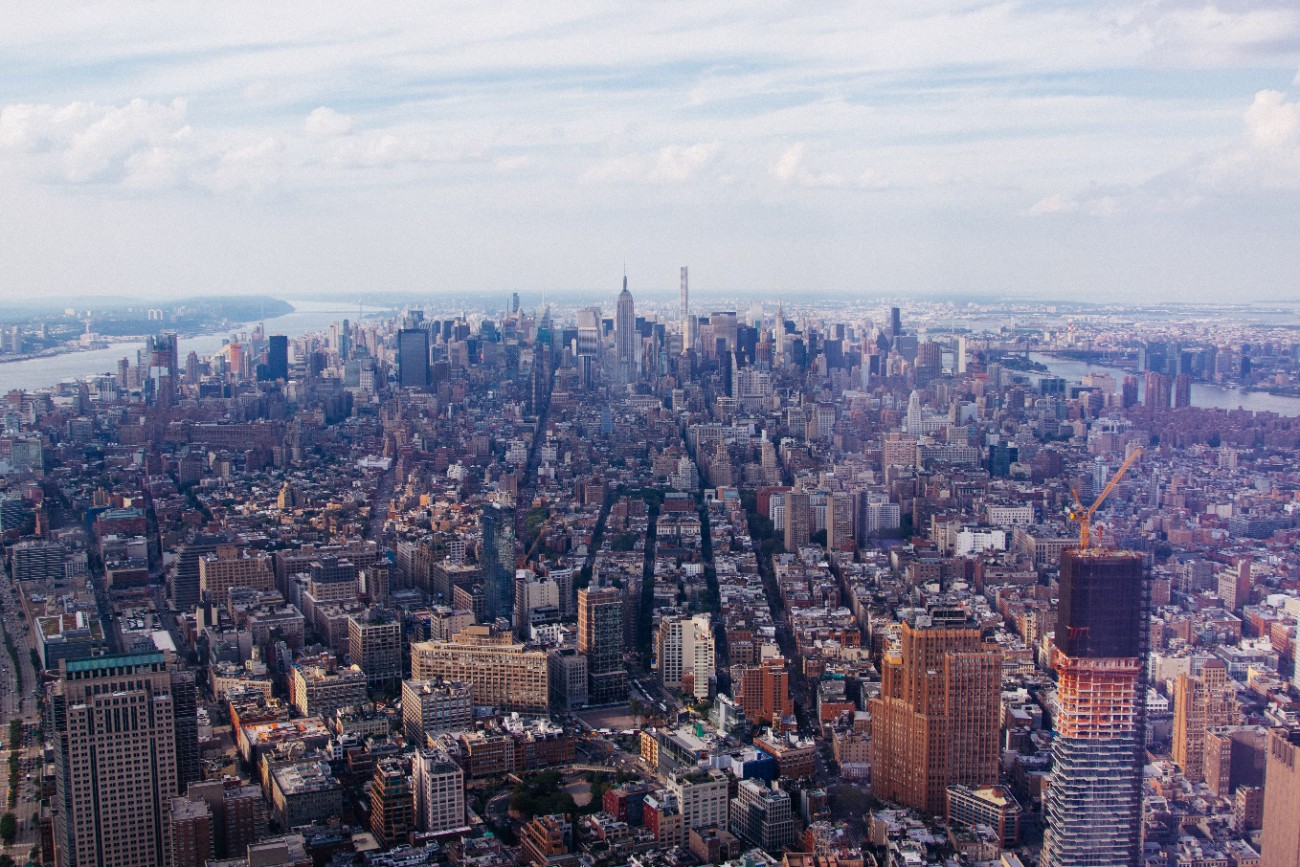 In about 47 seconds, the One World Observatory (OWO) elevator rockets its riders 1,300 feet in the air. As the doors open, visitors find themselves on the 102nd floor of One World Trade Center. Floor-to-ceiling windows frame spectacular views of New York City that span all of the five boroughs, stretching well into the neighboring states of New Jersey and Connecticut. If the views weren’t enough, there are also plenty of opportunities to shop, dine, and learn about the history of the World Trade Center.

It’s a highly unique experience, and one of my favorite things to do when I have friends and family visiting from out of town. Read on to learn where to go and what to see when you visit the OWO.

The observatory rests at the top of One World Trade Center, also called Freedom Tower. Finished in 2014, Freedom Tower dominates the lower Manhattan skyline at a height of 1,776 feet. The building itself is about 1,300 feet tall, paying homage to the original Twin Towers, which were the same height. The rest of the structure is made up of a functional radio antenna, which completes the height. Overall, it’s the tallest building in the Western Hemisphere.

The Twin Towers were two of the seven buildings that made up the World Trade Center, all of which were either destroyed or damaged so badly they had to be demolished and rebuilt. The World Trade Center was and still is a center for worldwide commerce and tourism. Complete with shops, restaurants, and park space, the new WTC, much like the old WTC, is a major global attraction.

As I’ve already mentioned, the observatory offers visitors the chance to enjoy some of the most captivating views in the world. But there’s a lot more to see up there. The OWO makes sure to entertain everybody with various interactive displays and educational opportunities, starting with the elevator ride.

It’s hard to describe, and I don’t want to spoil the surprise, but OWO engineers have somehow figured out how to transform the elevator into a virtual reality experience that maps the entire history of NYC architecture. As you rise higher, you can watch the city of New York transform around you, from colonial Dutch sheep farms into the modern metropolis that it is today.

All around the OWO, helpful docents and staffers stand ready to answer any questions you may have about the World Trade Center and what you’re looking at. Each side of the observatory also features digital maps that will explain exactly what buildings are visible from where you’re standing.

What Else to See in the Area

After you visit the observatory, there’s still a lot to see and do. To make the most of your OWO visit, definitely take some time to explore the surrounding area.

The 9/11 Museum is the chief location for documenting the events of one of the most tragic days in American history. The museum has assembled collections and exhibits that pay tribute to all of the 9/11 victims, as well as displays that explore the significance of the events of the day.

Dedicated to all the victims from the September 11, 2001, attack, the 9/11 Memorial is the main attraction that occupies what used to be Ground Zero. The largest feature is a pair of reflecting pools, known as Reflecting Absence, which use patterns of cascading water to create a breathtaking tribute to the victims and heroes of 9/11.

The site also offers other interesting and noteworthy objects from September 11th, as well as many opportunities to interact with volunteers and learn from guides.

The Oculus is a sculpture, a shopping mall, and a subway station all rolled into one. At a cost of $3.9 billion, it comes with a view to match. The main floor frequently features rotating exhibits and experiences, from whiskey tastings and car shows to virtual reality displays and pop-up holiday villages.

With 290,000 square feet decorated in imported Italian marble, it also makes a perfect addition to any Instagram feed.

Answers to Your OWO Questions

How much is it to go to the top of One World Trade?

As of this writing, general admission to OWO is $38. Other pricing can be found on their website.

Which is better: Top of the Rock or One World Observatory?

You’re comparing apples and oranges because the views are very different. I don’t mean this as a cop-out, but if you have the time you should really book tickets to both because you’ll see different things. While OWO lets you see out over New York Harbor, Top of the Rock has fantastic views of Central Park, the Bronx, and Queens.

While you’re at it, throw in a trip to the Empire State Building observatory, which is worth it just for the history of the building.

Views and Memories that Last Forever

A visit to the observatory is an experience unlike anything else New York City has to offer. One of the OWO slogans is “see forever” for a reason — it’s the highest observatory in New York City, offering views from the Atlantic Ocean to the south to the Catskill Mountains and the Hudson Valley to the north.

But an OWO trip is more than just a chance to see impressive views. It’s an opportunity to learn about a major event that shaped New York City and world history. After 9/11, New York City would never be the same, and the scars from the attack are still very visible at the World Trade Center.

However, the story here is one of resiliency. It’s about how a city bounced back from tragedy, rebuilt itself, and is thriving today. It’s about how ground zero has been transformed from a literal and metaphorical hole into a place where people from across the world can come together and once again celebrate the magic of New York City. It’s an extremely powerful transformation to see, and there’s no better place to see it than from 1,300 feet above at the One World Observatory.