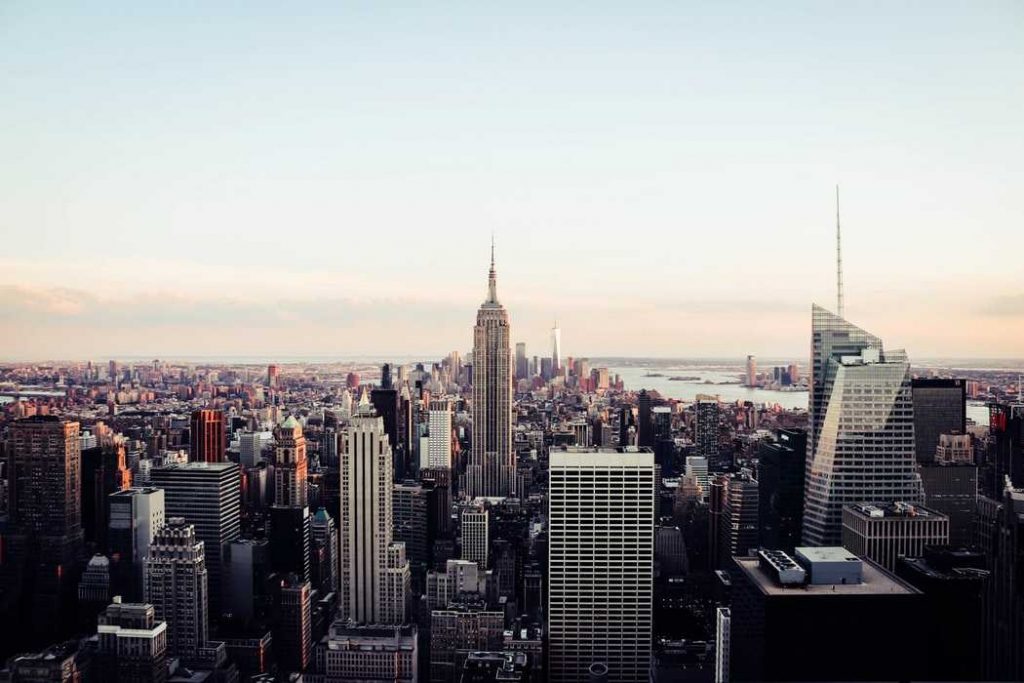 The history of NYC skyscrapers begins in the 1890s with the construction of the New York World Building. Since then, New York has been well-established for more than 7,000 constructed high-rise buildings.

But what are the buildings that come to your mind when you think of NYC’s architecture?

Empire State Building, One World Trade Center, Chrysler Building, Flatiron Building, etc. These are one of the most appreciated buildings in the city of New York.

However, despite the abundance of mesmerizing buildings in NY, there are still dozens of architectural icons that are less popular and relatively underrated. Such buildings are mentioned and visited not as often, although they depict magnificent patterns and quite a futuristic design.

Below are some of the most underrated and less appreciated architectural icons of NYC that you would not want to miss while there.

New York by Gehry (formerly known as Beekman Tower) is a 76-story skyscraper representing one of the tallest residential buildings in the world. Constructed in 2010, the tower incorporates a public elementary school and grade-level retail along with 904 luxury residential units.

Regarding the architecture and design, it has been described as one of the most stunning buildings in the city of New York. The tower is a perfect example of deconstructivist architecture, granting the building the interpretation of fragmentation.

Along with that, it is characterized by asymmetric, continuous patterns that lack harmony. What makes the building even more unique is the crinkly facade and the stainless-steel covering.

Therefore, in case if you value postmodern architectural pieces of art, 8 Spruce Street is a perfect spot for you to stop by and enjoy the mesmerizing beauty of New York by Gehry.

The Lipstick Building, also known as 53rd at Third, is a skyscraper (138m or 453ft tall) located between East 53rd Street and 54th Street. The building depicts the unique shape of an ellipse which makes it quite distinct and eye-catching.

The overall building consists of three oval cylinders constructed in the way that the higher cylinder seems to be further away relative to the lowest one when you look at the building from some distance. The shape of the building is quite similar to the trendy elliptical shape of buildings from the Baroque period.

The name that the building carries, “The Lipstick Building,” was derived from its elliptical shape and the red tone of the granite that is used to cover the façade.

The American Radiator Building is a 338ft-tall (103m) skyscraper, which is quite easy to differ from other buildings due to its unique façade represented in black and gold colors. The black color was implemented to symbolize the coil and grant the building structural solidity. On the other hand, details described in gold symbolize fire.

The color selection was led by the idea to portray how the radiator works. Moreover, the appearance of the building is usually analogized to the “giant flowing coal.”

The architectural icon depicts a combination of gothic and modern styles, which makes it even more striking.

The Dakota, also referred to as the Dakota Apartments, is an apartment building constructed in 1884 following the design of Henry Janeway Hardenbergh’s architectural company. Along with the fact that it was the home of John Lennon, various aspects make the building very attractive.

Starting from the high gables and deep roofs, the Dakota depicts German Renaissance features. On the other hand, interior design and floorplan were influenced by French architectural tendencies. Moreover, the main entrance representing a porte-cochere makes the building even more breathtaking.

Either if you are a fan of the Beatles or you are simply attracted to the combination of German and French architectural design, visiting the Dakota Apartment Building should be on your to-do list while traveling to the city of New York.

520 West 28th Street, often mentioned as the Zaha Hadid Building, is one of Zaha’s last projects before her death. Along with the building amenities (e.g., pool, sculpture garden, automated garage, private 3D IMAX screening room, etc.) that make it precious and exciting, the interior and exterior design grant the building even more significance.

Starting from the interior, the building comprises various model units designed by several well-known architecture and design firms. Regarding the exterior, which makes the building so unique, it features glass along with stainless-steel details. More importantly, like Zaha Hadid’s signature, the building involves various geometric patterns making the construction much more alluring.

In case if you are captivated by the beauty of modern architecture involving glass, the Zaha Hadid Building at 520 West 28th Street is the one that you would appreciate!

The six-story base of the current Hearst Tower was constructed in 1928, but the construction was delayed due to the Great Depression. About 78 years later, the building was renewed, and the new 40-story tower was established.

The remarkable triangular framing pattern of the tower is what makes it easily distinguishable and unique. Moreover, the Hearst Tower is the first high-rise office building to be considered as “green” since it is designed to consume roughly ¼ less energy than it is required for New York City.

The Icefall constructed via thousands of glass panels not only makes the lobby cool and humidifies air but also creates an aesthetic beauty. Therefore, if you have not seen the tower yet, you should definitely do!