Everything to Know About the Arc de Triomphe Before You Go

Everything to Know About the Arc de Triomphe Before You Go 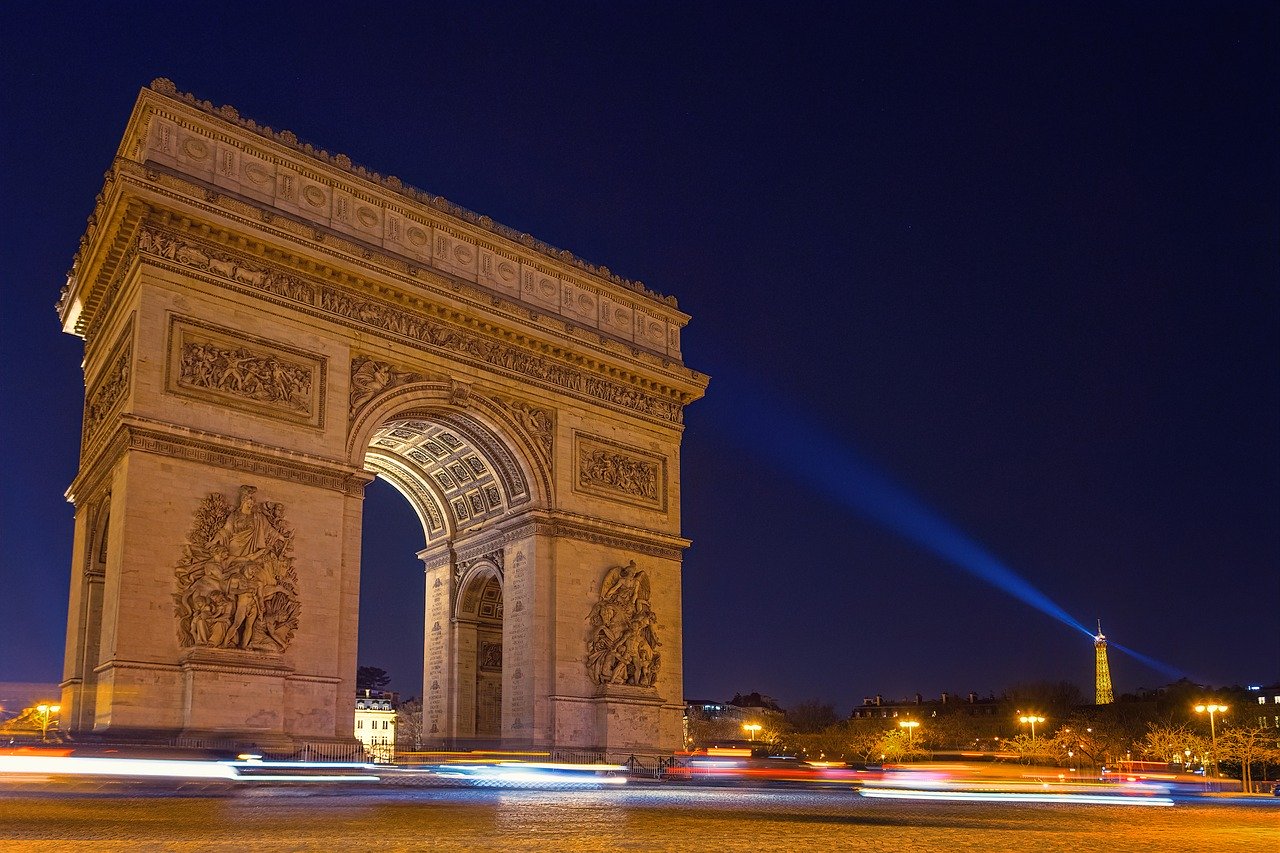 Paris is not only a city of lights, but of breathtaking monuments. It’s no surprise the most celebrated monument in the city is the Eiffel Tower. The beautiful cathedral of Notre Dame probably takes second place. But rounding out the trifecta of iconic Parisian monuments in none other than the Arc de Triomphe. This marvel of Neoclassical architecture attracts scores of visitors every year.

If you want to see the arch in all its splendor, here’s what you should know before you visit.

Where to Find the Arc de Triomphe

This may seem like a no-brainer, but you’d be surprised. A common mistake many tourists make is not actually knowing where the Arc de Triomphe is.

As it happens, you’ll find a smaller arch known as the Arc de Triomphe du Carrousel right by the Louvre museum in Paris’ First Arrondissement. You’ll also find tons of tourists snapping photos of it. It’s nice, sure, but this triumphal arch is much smaller than the main attraction. Just know that if you’re anywhere near the iconic Louvre pyramid and you see an arch with a horse-drawn chariot on top, you’re at the wrong place.

The Arc de Triomphe we’re talking about — more formally called the Arc de Triomphe de l’Étoile — is in the Eight Arrondissement of Paris. It’s at the center of a huge roundabout at the western stretch of the famous Avenue des Champs-Élysées. Coming in at 164 feet high and 148 feet wide, you can’t miss it.

It’s easily accessible from the Charles de Gaulle–Étoile stop on metro lines 1, 2, and 6 and RER line A.

The Arch That Took 30 Years to Finish

The arch isn’t just a pretty face (or façade). A rich history that dates back to Napoleon Bonaparte’s reign gives the monument its own interesting backstory. In 1805, Napoleon’s forces won a decisive victory over Russian and Austrian troops at the Battle of Austerlitz. So he decided to celebrate by ordering the construction of an arch worthy of such a victory. French architect Jean-François-Thérèse Chalgrin got the job of designing it.

A year later — and on the emperor’s birthday, no less  — the project broke ground: a Neoclassical design in the style of the Arch of Titus in Rome. But wasn’t completely finished until 30 years later when the arch was officially opened by King Louis-Phillipe on July 29, 1836.

In the years since, more than a few soldiers have marched past the arch as a sort of victory lap. Germany did so in 1871 and again in 1940. France and its allies did in 1918, 1944 and 1945 during the world wars. Today, the Arc de Triomphe is more of a symbol of peace, though, rather than war, commemorating the end of World War II. Every year, a ceremony at the Tomb of the Unknown Soldier, buried below the arch, marks the anniversary of the armistice signed on Nov. 11, 1918.

How to Experience the Arc de Triomphe

One way to experience the Arc de Triomphe is to climb it. From above, you’ll get a panoramic view of the city. You can take an elevator part of the way, but to get all the way to the top, you have to take the stairs. It’s a 284-step journey from top to bottom.

There’s an observation deck at the top, where you can spot other monuments in the city with the help of a map. If you aim your camera between the metal spikes guarding the top, you should be able to snap a good picture of the Eiffel Tower.

A word of advice — don’t try to cross the actual roundabout. The Champs-Élysées might be the most famous street in Paris, but it’s also one of the busiest. You’ll actually cross underneath the street. There’s a pedestrian tunnel at Place Charles de Gaulle on the north side of the Champs-Élysées that will take you down to the arch.

Things to Do Nearby 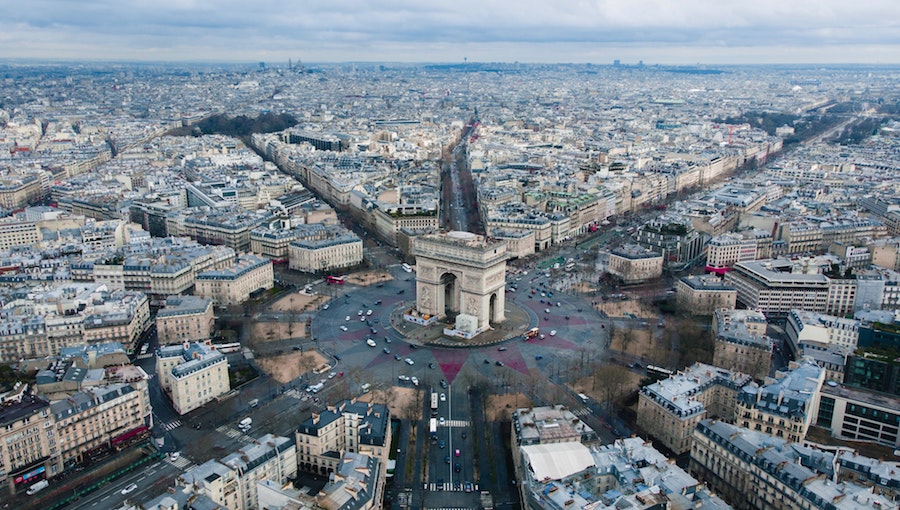 What is there to do, you might ask? What isn’t there to do!? You could take a dozen different paths — literally a dozen. The arch is located right at Place Charles de Gaulle, often called the Place de l’Étoile (or “Square of the Star” in French) since it has 12 streets stretch out from it, making a star.

If you’re like me and more of a nature lover, you’re in luck. You’re a 20-minute walk from Parc Monceau to the east or Bois du Boulogne to the west.

But if you came to Paris for a shopping spree, you’re already in the right place. The arch opens onto the Champs-Élysées, a shopping district with all the high-end luxury brands from Chanel to Louis Vuitton. And if you have a sweet tooth or want to take back chic French goodies for your friends, stop by Ladurée on the Champs-Élysées to try one of their macarons. From rose to pistachio, the pastry shop offers more than a dozen flavors to take home in their iconic pastel green boxes. 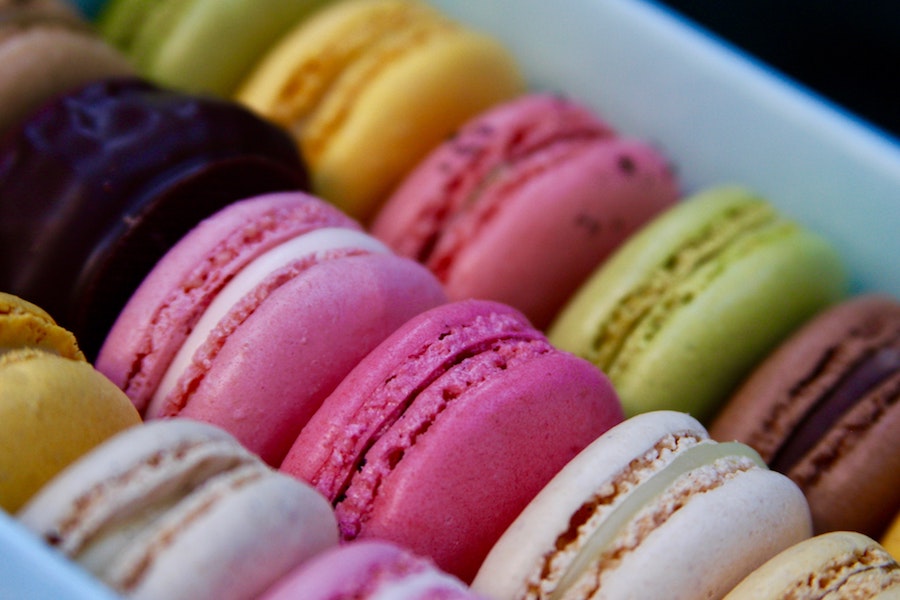 If you really want the star treatment, you can end your day with dinner at the high-end Parisian brasserie Fouquet’s, a gourmet restaurant a stone’s throw away from the arch. It’s posh. Every year, the restaurant hosts Parisian movie stars for the prestigious César awards, not unlike the Oscars in the U.S.

Answers to Your Questions About the Arc de Triomphe 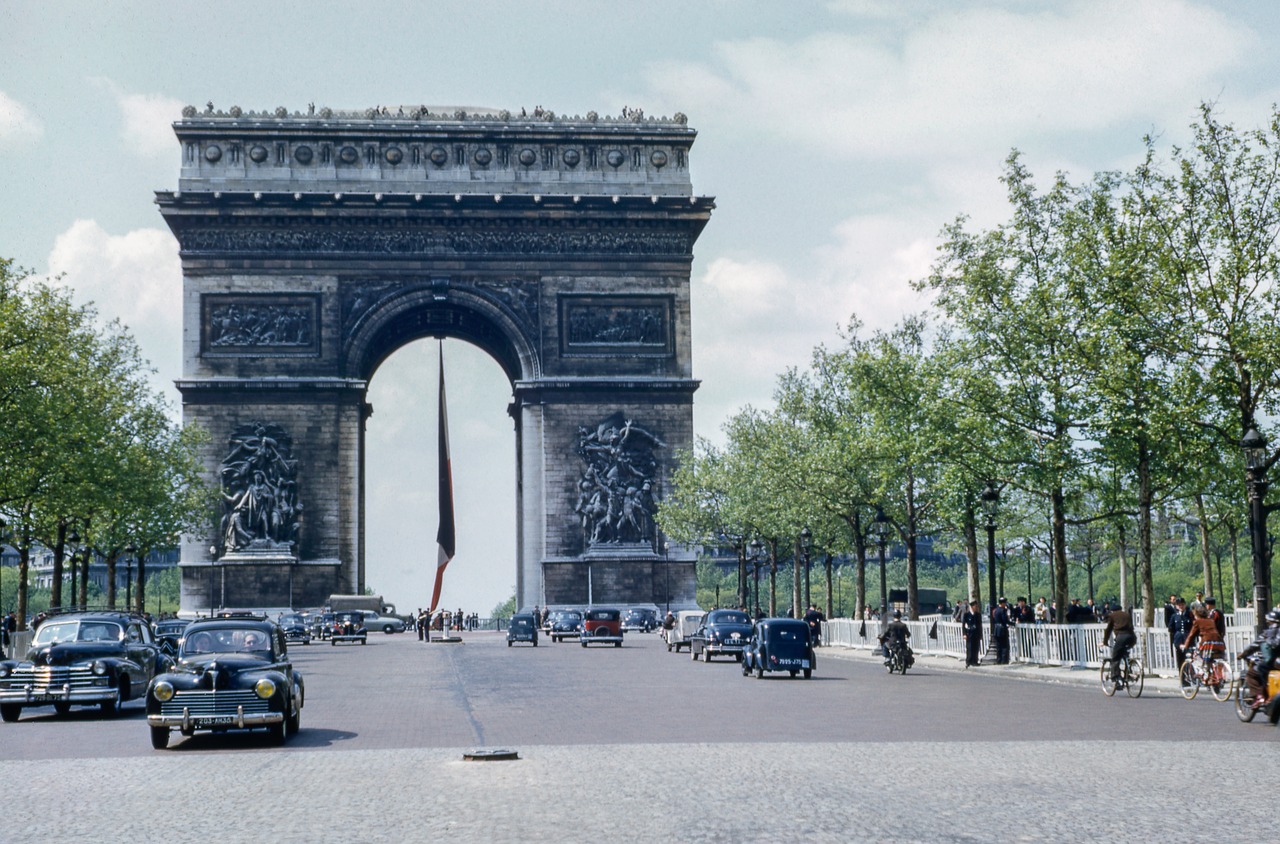 How much does it cost to visit the Arc de Triomphe?

Good question. Depends on who you are. For the average adult, it costs €13. That price goes down if you’re in a group of 20 or more people. But it’s free if you’re under 18 or a European Union resident between the ages of 18 and 25. The arch is also free to disabled persons and one of their guests. You can find more pricing information on the official website.

Is it worth going up the Arc de Triomphe?

It depends. If you want a bird’s-eye view of one of Paris’s most celebrated streets, then go for it. But I’d say a walk around the base is just as photo-worthy. In fact, I spent New Year’s Eve enjoying the fireworks launched around the arch’s base.

When it comes to panoramic photo opps, I have to say my favorite view of the city is from the top of the Sacré-Cœur Basilica in Montmartre.

Can you walk from the Eiffel Tower to the Arc de Triomphe?

It’s doable, but bring your walking shoes (and water). It’s a half-hour walk from one monument to the other. If you love roaming the city like I do, it’s a nice way to get some exercise and sightseeing done at the same time.

There you have it: some of the essentials for your trip to the Arc de Triomphe. The first time I went, I wasn’t expecting it to be as big as it is. I craned my neck, peered into the sky and quickly understood why it’s been a symbol of victory throughout generations.

And it’s just the tip of the iceberg when it comes to Paris monuments. Notre Dame is a good 60 feet taller. And the Eiffel Tower is about fives times as tall. Whether you have just one day in Paris or a little longer, don’t miss the arch and the busy Avenue des Champs-Élysées. Both are easy to add to your visit, and you don’t need to climb the Arc de Triomphe to enjoy its grandeur.