4 Reasons the Orsay Museum is a Favorite Among Parisians 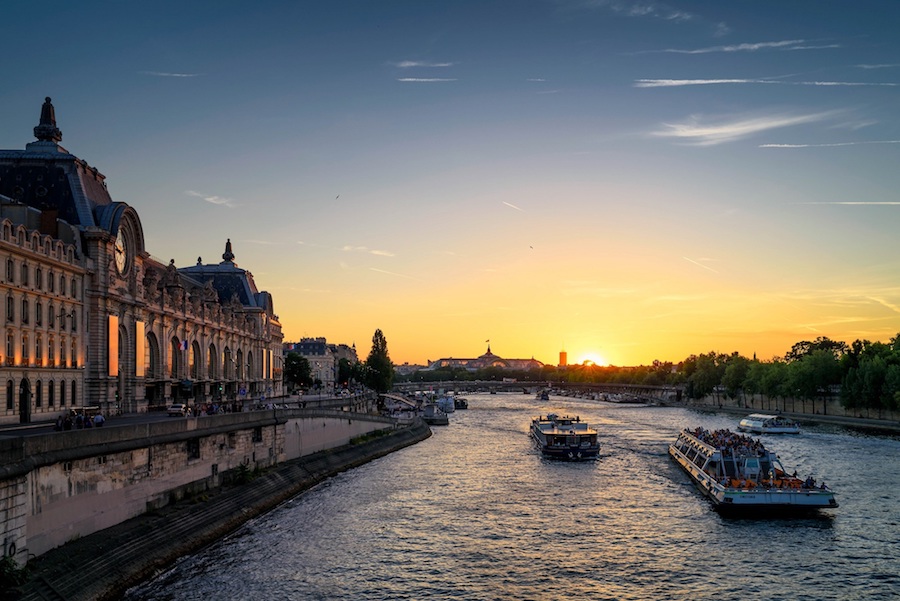 Ask a local what their favorite museum in the city is, and they probably won’t say the Louvre. Don’t be surprised if instead they confess it’s the Orsay Museum, the smaller, chic museum on the left bank of the Seine.

Here, you’ll find a nice collection of art from 1848 to 1914. At the same time, you’ll avoid crowds flocking to the Louvre for a glimpse of the Mona Lisa. It’s still popular, though. The museum still welcomes more than 3 million visitors every year.

The Musée d’Orsay is in the 7th arrondissement, right in the heart of the city, and it happens to be first in the hearts of many Parisians. Here are four reasons why along with a few tips for your visit.

1. The architecture at the Orsay Museum is just part of the art.

A quick glimpse around the premises, and you’ll realize this isn’t your average museum. More often than not, Parisian museums are housed in ancient palaces or former estates. The Orsay Museum is in an old train station. But not just any train station.

The Orsay station dates back to the Universal Exhibition of 1900, when it was built for the world fair. In 1979, a project conceived by a group of three architects was chosen to convert the station into a place of art.

Walking inside the museum, you’ll notice it really still looks like an old station, from the arched bays to the giant clock window on the fifth floor, a favorite spot to take photos at the museum.

2. The Orsay’s sculptures are splendid.

Once you step inside, past the boutique and the welcome desk, you’ll be in the hall of sculptures. There, you’ll find dozens of 19th-century works, quite a few of them from the French artist Jean Baptiste Carpeaux.

My personal favorite in this section is Carpeaux’s plaster sculpture from 1872, “Les Quatre Parties du monde soutenant la sphère celeste.” In English, that’s “The Four Parts of the World Holding the Celestial Sphere.” And that’s what it shows. The figures holding up the sphere represent the four corners of the world: Europe, Asia, Africa and America.

3. If you’re looking for classic French Impressionism, the Musée d’Orsay is where it’s at.

The fifth floor is dedicated to Impressionist artists. If you enjoy Impressionist paintings, you’ll find all the big names there: Cézanne, Degas, Manet, Monet, Pissarro, Renoir and more. For one of Édouard Manet’s famous works, “Luncheon on the Grass,” check out Room 29, which will be marked as “Salle 29.”

But you’ll find me in Room 34 with the Monet fans. Salle 34 holds a few of Monet’s water lily paintings, all breathtaking. However, the most famous renditions of his water lilies are at the Orangerie Museum (more on where to find this below).

The fifth floor also includes a variety of post-Impressionist artists like Vincent Van Gogh and Paul Gauguin. Be sure to stop by the Galerie Bellechasse on the fifth floor for a collection of Van Gogh works, including his self-portrait.

4. The Orsay Museum celebrates cinema, too.

Not all art museums feature cinema, but the curators at Orsay see movie making as a “sixth art.”

The museum includes a fascinating collection of more than a dozen films and clips from the early stages of cinema, starting in the late 19th century. You’ll find at least one familiar face among the black-and-white films showcased: Charlie Chaplin.

Things to Do Near the Orsay Museum

Once you leave the Orsay Museum, you’re a short walk away from the Tuileries Garden, an ideal spot for an afternoon picnic. Between the beautiful floral arrangement, open space, and French garden style, I think the Tuileries is the best garden in Paris, even if some people disagree. It’s certainly my favorite.

Tucked away inside the Jardin des Tuileries is the Orangerie Museum — a sort of mini-museum showcasing Monet and other Impressionist artists. Stop by the Musée de l’Orangerie after your Orsay visit for a full day of Impressionist splendor.

If you’re willing to walk a little further after your museum trip, visit the elegant Saint-Germain-des-Prés district. Walk for 15 minutes, and you’ll reach two of the area’s renowned cafés: Les Deux Magots and Café de Flore, right by the Saint-Germain-des-Prés Metro station. Both have a storied history and are known to attract celebrity clientele who visit Paris.

Les Deux Magots was once a haven for creatives, with regulars like Ernest Hemingway and Pablo Picasso. For more modern stars, Café de Flore has been known to host American film stars like Sharon Stone and Robert De Niro. Both cafés offer simple, traditional Parisian brasserie food. But given their reputation, you’re going to have to pay a bit more than at your average café.

Answers to Your Travel Questions About the Orsay Museum

Is the Orsay Museum free?

No, the full ticket price is €14, but you can learn more about ticketing information on their website. But if you want to admire the outside of the Musée d’Orsay for free, there are a handful of impressive animal sculptures on the parvis.

What is famous in the Musée d’Orsay?

The Impressionist and post-Impressionist art attracts the largest crowd. Along with the paintings mentioned above, notable works include Manet’s “Olympia” — which caused a scandal for nudity back in the 19th century — and one of van Gogh’s “Starry Night” paintings.

Is the Musée d’Orsay worth seeing?

It’s worth a visit, if only to gain a little street cred from the locals. Remember — it’s the favorite museum for a lot of Parisians. And if you enjoy Impressionist art, it’s definitely a must-see.

But if you’re a casual art lover and forced to choose among the many Paris museums, you’ll see a more extensive collection on a guided tour of the Louvre.

How long do you need at the Musée d’Orsay?

The museum is broken up into three main levels of art, with most of the well-known Impressionist works on the fifth floor. Two hours is a good amount of time to take in the art on every level of the museum, but if you’re a real enthusiast you could definitely stay longer.

The Orsay Museum in Paris: A Favorite for Travelers, Too

Once you go to the Orsay, you’ll understand why Parisians love it so much. You’ll also understand what locals mean when they say “meet by the rhinoceros statue.” There’s a collection of animal sculptures outside of the Orsay Museum, and that one tends to be a gathering point for groups.

Yes, the Musée d’Orsay is smaller than the Louvre and no, you can’t find the Mona Lisa and her bewitching smile there. But you will discover an exquisitely curated collection of art in a century-old train station. It’s cool and a little quirky yet with a refined and sophisticated presentation — exactly what Parisians prefer.