Bye! You have logged out from ExperienceFirst.
Blog · Rome · Why the Roman Forum is a Must for Your Visit to Rome
January 14, 2021 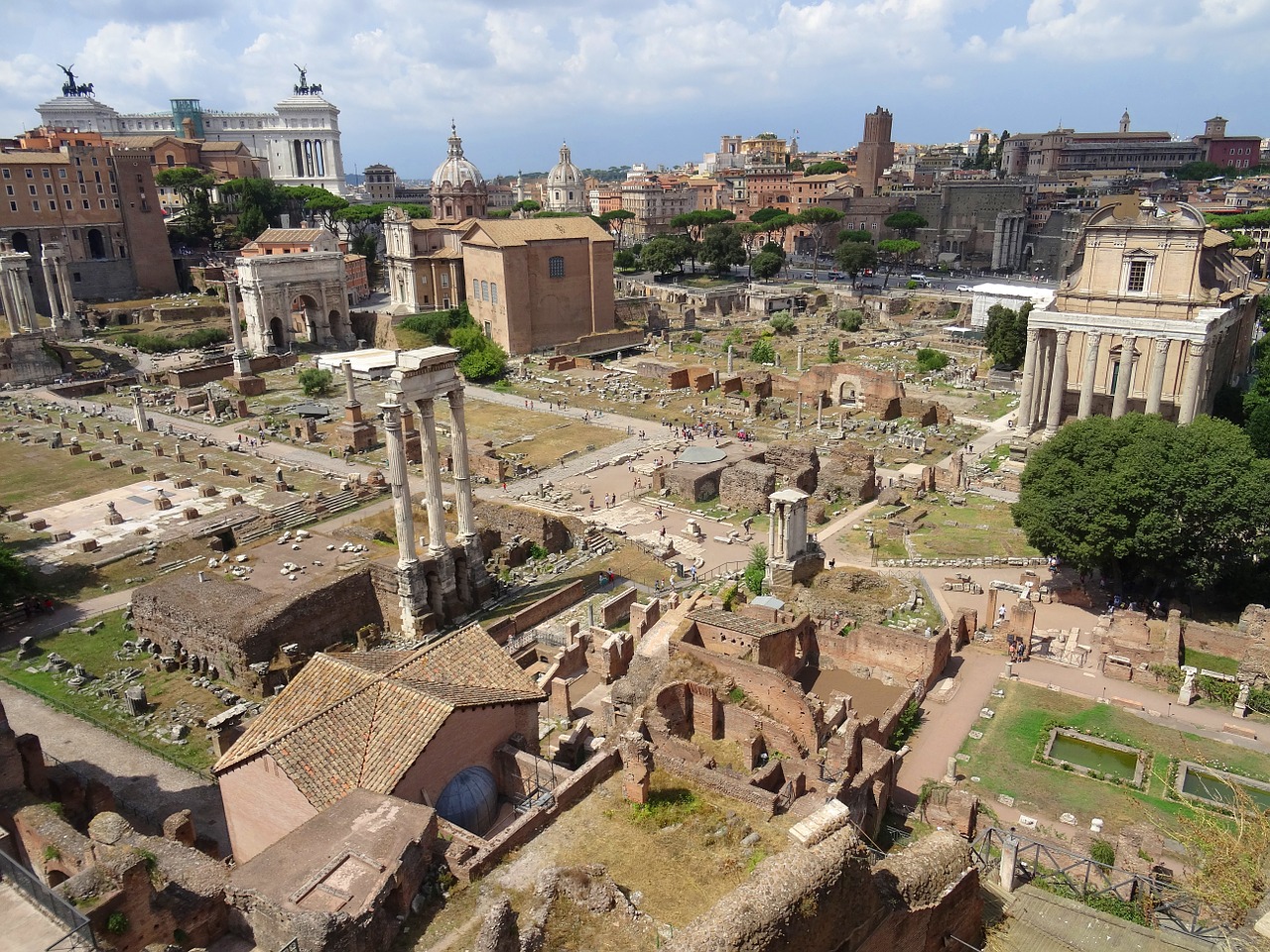 The Roman Forum sits near the top of any list of must-see sights in Rome, juggling for position along with the Colosseum, St. Peter’s Basilica and the Vatican Museums.

The Forum is one of the most spectacular sights in Rome — a vast, ruin-filled area that speaks to the glory days of the Roman Empire. It’s one of the most-photographed — and photogenic — areas of Rome, and it’s worth several hours of your time.

Yet this sprawling archaeological site can feel overwhelming in scale. Here’s a look at why (and how) you should see it.

What is the Roman Forum?

The low-lying area between the Capitoline and Palatine hills — two of the famous seven hills of Rome — grew from swampy no-man’s land to the political, social, and religious heart of the ancient city. Temples, courts of law, government halls, and public assembly areas were all in the Forum.

Fun fact: Ruins at the Roman Forum are spread over nearly a thousand years of history, testament to the longevity and might of the Roman Republic and even more so of the Roman Empire.

Today, the Roman Forum is a sprawling jumble of ruins that’s difficult for even trained archaeologists to decipher.

Part of the reason it’s so confusing has to do with the Roman tendency to build new buildings over old ones or incorporate parts of existing structures into new projects. So a staircase built in the 2nd century BCE might lead to a temple that was built around the 1st century CE, then rebuilt a century later.

It’s a little daunting for the casual visitor to make sense of it all, but learning a bit about the history of the Forum can provide some valuable context and help make the most of your visit.

History of the Roman Forum

Human activity in the area that became the Roman Forum dates to at least the 7th century BCE, when Rome’s Etruscan kings built the Cloaca Maxima, a sewer that drained water off this low-lying valley. The newly dry ground on the Forum became a residential area and increasingly took on a greater role in daily life. The Cloaca actually still runs under the Forum and drains water into the nearby Tiber River, but little evidence remains of the earliest buildings in the area, which would have been mudbrick huts supported by wooden beams.

Once the Roman Republic formed in 509 BCE, development of the Forum began in earnest. The oldest structures on the Forum that can still be seen — in their ruined state, of course — include the Temple of Castor and Pollux and the Temple of Saturn.

The Forum also held a “rostra,” a raised speakers’ platform, where crowds would gather and listen to politicians orate. As additional buildings were added, including basilicas or large halls where court and government business took place, the Forum grew to be the nerve center of the Republic.

The Roman Empire began with the death of Julius Caesar and the rise of his nephew, Caesar Augustus, to the role of emperor. Under Augustus, massive civic projects were undertaken across Rome. In the Forum, they included the Temple of Caesar, which deified his uncle, the Arch of Augustus, and the Basilica Julia. The last great building projects in the Forum were the triumphal Arch of Septimius Severus, the rebuilding of the Temple of Vesta, and Constantine’s colossal Basilica Maxentius, dedicated in 312 CE.

The Western Roman Empire would fall two centuries later and, slowly but surely, the Forum fell along with it. The area was reduced to cow pastures and its mighty marble structures were quarried for building materials. It wasn’t until the 19th century that formal archaeological excavations began to reveal the remains of the Forum and help reconstruct the chronology of the site.

Everything to see when you visit the Roman Forum

We’ve already mentioned that it’s hard to make sense of all the ruins of the Roman Forum. But you should still try! Armed with a good map or guidebook, a mobile app, or better yet, with the insider expertise of a local tour guide, don’t miss these important sites on the Forum:

Via Sacra: The “sacred road,” a ceremonial road, made of giant basalt slabs, is the main drag through the Forum. Here, you’re walking in the footsteps of the giants of history — Caesar, Mark Anthony and Nero all walked this road. And so did Adolf Hitler, even more notoriously, in 1938.

Arch of Titus: One of two great triumphal arches on the Forum, this one was built in 82 CE to commemorate Titus’s victory in Jerusalem 12 years earlier. Look for the menorah in the sculpted relief of the arch — one of the spoils from the Temple of Jerusalem that was brought back to Rome.

Temple of Saturn: The eight columns of the Temple of Saturn stand like sentinels near the Capitoline Hill. They date to the 4th century CE, making them some of the “newer” ruins on this ancient site. Right nearby are three remaining columns from the Temple of Vespasian, built nearly 300 years earlier.

Basilica of Maxentius: The towering vaults of this gigantic basilica look too bulky to be standing upright, yet they’re still here. The last basilica built in the Forum, this one was started by Emperor Maxentius and completed by Constantine, who began the push to convert secular basilicas into Christian places of worship.

Temple of Julius Caesar: Pay your respects at what’s left of this temple built by Augustus, on the site where his uncle was cremated. People still leave flowers on a crumbling altar.

Basilica Julia: The footprint of this once-mighty column can give you some idea of its scale, as can the remnants of stairs, arches that once formed covered colonnades, and pedestals that once held busts of important Romans.

Curia: The meeting place of the Roman Senate, the Curia that remains today was rebuilt by Domitian in the 3rd century BCE. Still, those original marble floors, soaring ceilings and vast interior — enough space to seat 300 senators — are pretty impressive.

Arch of Septimius Severus: Built in 203 CE, this triumphal arch commemorates Emperor Septimius Severus, who ruled from 193 to 211 after killing off his rivals. Nearby steps allow a closer view of the sculpted reliefs on the interior and exterior of the arch.

How to visit the Roman Forum

Ready to visit the Roman Forum? Here’s what you need to know.

The Roman Forum: Layers of history

However you choose to visit, don’t miss this incredible collection of Roman ruins. It’s a must when you’re in this ancient city, one of those places that gives you a true sense of Rome’s history and character.

If you get hungry after soaking up all that history, check out our guide for where to eat near the Colosseum. The Colosseum is less than 40 yards from the Roman Forum, so you can easily hit up these restaurants after visiting either attraction.