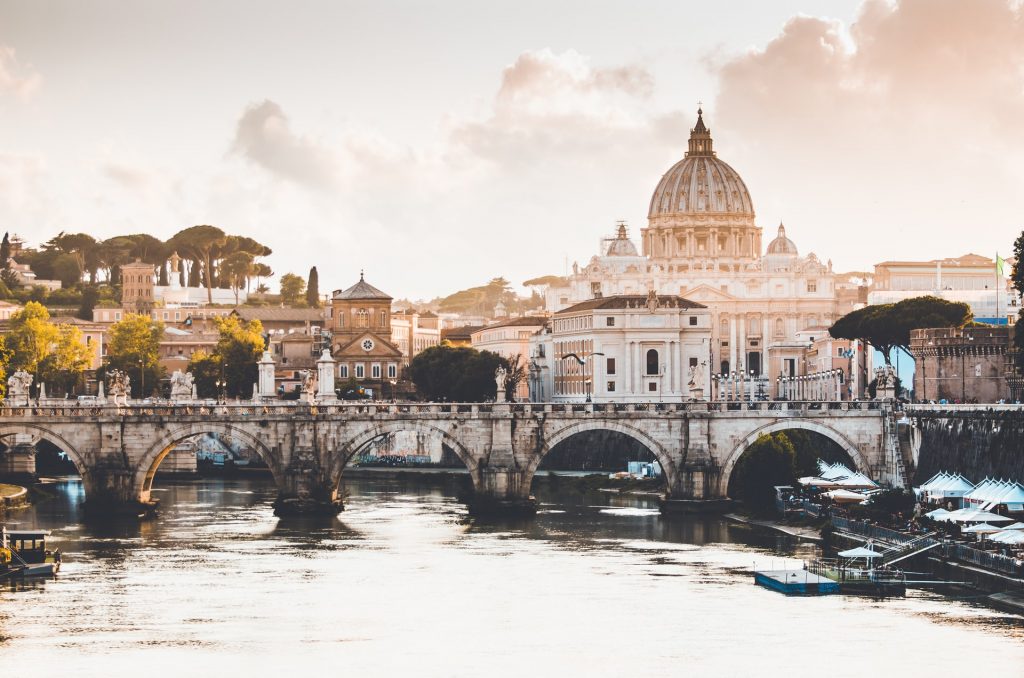 The volume of artworks in Rome is overwhelming. You could spend an entire week just in the Vatican museums alone.

But once you’ve seen the greatest hits like Michelangelo’s Sistine Chapel ceiling and had your fill of Bernini fountains, level up your art appreciation with a visit to one of the many small museums in Rome.

Live out your fantasies of the aristocratic life with a few hours inside this opulent 16th-century palazzo on the Via del Corso.

The Galleria Doria Pamphilj was the childhood home of modern royals Jonathan and Olimpia Pamphilj whose relatives include popes and princesses and holds one of the largest private art collections in Rome. There are paintings by Titian and Caravaggio and sculptures by Bernini. The gilded Galleria degli Specchi was inspired by the equally lavish hall of mirrors at Versailles.

Local tip: The stylish Cafe Doria is just around the corner from the museum and serves light meals, fancy pastries, and craft cocktails.

Rome is so full of ancient artifacts and baroque architecture it would be easy to overlook that there’s plenty of modern art, too. Deep in the green Villa Borghese park is the Museo Carlo Bilotti.

This personal collection of 23 contemporary works was a gift to the city from the fragrance executive. The highlight is 18 works by surrealist artist Giorgio De Chirico.

The portrait of Carlo Bilottii’s wife and daughter, “Madre e figlia: Tina e Lisa Bilotti,” is one of two works by Andy Warhol in Rome. The other one is in the Galleria Nazionale d’Arte Moderna e Contemporanea.

When you are navigating the hectic and confusing traffic in Piazza Venezia stop in the middle and look towards the Via del Corso. The palazzo to your left is the former home of Maria Letizia Ramolino. Don’t recognize the name? She is better known as Napoleon Bonaparte’s mother. Today her richly decorated palace that she named Palazzo Bonaparte hosts visiting exhibitions.

A highlight is the enclosed, green-shuttered, fresco-filled balcony that was her favorite perch to watch over all of the action below in the piazza in secret.

In-between Piazza Navona and Campo di Fiori is a 16th-century palazzo that is easy to walk right past. It is well worth a stop inside, too. The Museo di Scultura Antica Giovanni Barracco is like a mini Capitoline Museum (that’s the vast art and archeological attraction that fills two palazzos on the Capitoline Hill), but entry to this smaller museum is free!

Giovanni Barracco was an aristocrat from the southern region of Calabria. He was a keen collector of ancient art and antiquities. In 1902, Barracco donated his collection of Egyptian, Assyrian, Etruscan, Cypriot, Greek, Roman, and medieval art to the city of Rome.

The archeological fragments that are displayed at the entrance of the museum are from a 3rd-century Roman house formerly below the palazzo.

The Galleria Corsini is one part of the National Gallery of Ancient Art, along with the Palazzo Barberini. The Baroque palace on the edge of Trastevere was the private home of the Corsini family who turned over the art-filled space to the new Italian state in the late 1800s. Despite the word ancient in its name, there are no antiquities here. In the palace rooms, you will find a delightful collection of paintings from the 1700s.

The ground floor of the 17th-century Palazzo Primoli, today the Museo Napoleonico, shows off the personal collection of art and decorative objects that belonged to Giuseppe Primoli, son of Count Pietro Primoli and Princess Carlotta Bonaparte.

When you think about Napoleon, you likely think of France, but the Bonapartes had a strong presence here in Rome. Power between French troops and the Papal state was in flux for years. Napoleon’s sister Pauline was married to a Borghese prince. Pope Pius VII offered the family asylum after the fall of the French empire.

Local tip: Entry to the Museo Napoleonico is free.

The Atelier Canova Tadolini is not technically a museum. It is actually something even better. This cafe squeezes their tables in-between massive plaster models and studies of works that were later realized in marble and bronze. The space was the workshop commissioned by the sculptor Antonio Canova for his talented protege, Adamo Tadolini.

The most well-known of Tadolini’s sculptures is probably the marble statue of St. Paul that you can find in St. Peter’s Square in the Vatican City.

This museum is not exactly small. What makes it special is that you will likely be the only person there.

The magnificent Renaissance palace is a 15-minute walk from the gates at the Piazza del Popolo and is filled with terracotta statues, pottery, and temple decorations. I can promise the top floor jewelry cases will wow you with their intricate and shockingly modern designs.

Hidden in a quiet corner of the courtyard is a delightful illusion designed by one of Rome’s most important baroque architects, Francesco Borromini. The astonishing execution of forced perspective makes the length of the corridor look much longer than it actually is.

You know how you hear that Rome is an open-air museum? Even our metro stations have collections of ancient art.

The San Giovanni station is the start of the new (and endlessly under construction) C-line and links to the A-line that will take you to the Spanish Steps and the Vatican.

It can be hard to get your head around the literal layers of history in Rome. The trains are roughly 100 feet below modern street level. Time-travel from the Middle Ages to imperial Rome with explanations along the escalators path and a collection of objects that were discovered during construction on several levels.

This is just the beginning of places to see art in Rome. There are at least 70 more, and that’s not counting the masterpieces you can see in one of Rome’s 900 churches.

All of that art-gazing is sure to make you thirsty. Take a break with a view at one of Rome’s many amazing rooftop bars.