Vatican City: A First-Timer’s Guide for What To See and Do 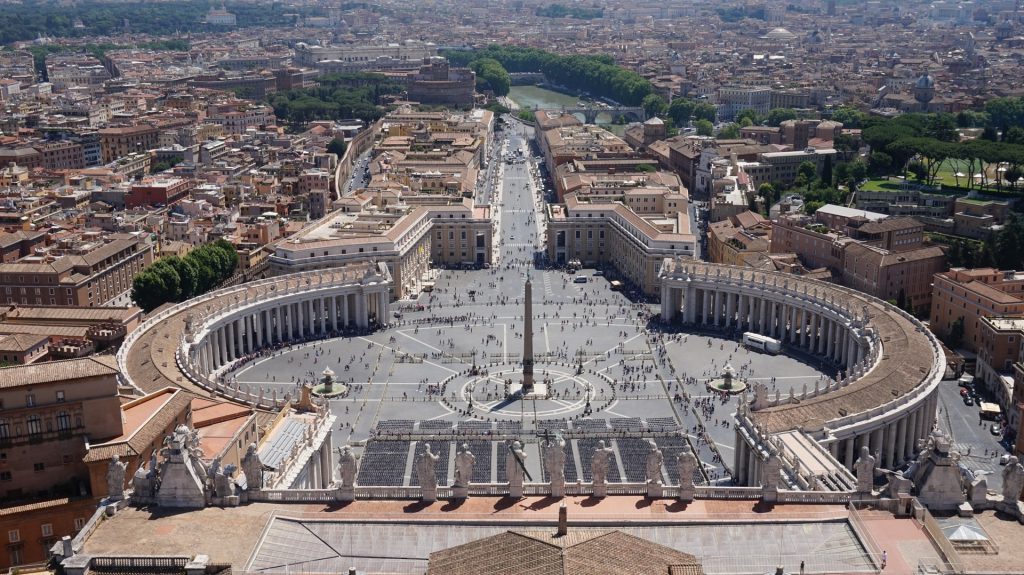 Your trip to Rome won’t be complete without a visit to Vatican City.

Home of St. Peter’s Basilica and the Vatican Museums, Vatican City is the seat of the Holy See, or the Roman Catholic papacy. But you don’t have to be Catholic — or even religious — to visit and appreciate Vatican City.

With the world’s largest church, one of the world’s oldest and largest museums of art (including the Sistine Chapel), and the massive, grand St. Peter’s Square, Vatican City is one of the top visitor destinations in Rome and an essential part of any visit, especially for first-timers to Rome.

Here’s what you need to know before you go.

What is Vatican City?

At less than 0.5 square kilometers, or 0.19 square miles, Vatican City is the smallest country in the world. Here’s what it includes:

Although the Vatican has been central to the Catholic Church since the earliest days of Christianity in Rome, the Vatican City State has only existed independently from the rest of Rome since the 1929 signing of the Lateran Treaty.

Today, Vatican City is entirely contained within the borders of the city of Rome. However, it functions as an independent city-state with its own government, laws, administration, and infrastructure.

As head of the Catholic Church, the sitting pope — currently Pope Francis — is the Vatican’s head of state. The pope lives here in the Papal Apartments. Other residents of Vatican City total just over 800 and are composed of members of the Swiss Guard (the pope’s private security force) and members of the clergy.

Vatican City location and getting there

If you’re looking to visit the Vatican, it’s easy to include on your trip to Rome.

Vatican City sits west-northwest of Rome’s centro storico, or historic center. It’s on the other side of the Tiber River from Rome’s famous sites such as the Colosseum and Forum.

Pro tip: The only public entrances to the city-state are on St. Peter’s Square and at the visitor’s entrance to the Vatican Museums.

To reach Vatican City on foot from central Rome, most people cross the Ponte Vittorio Emanuele II bridge or the prettier, pedestrian-only Ponte Sant’ Angelo bridge. I recommend the latter, since it was designed by Bernini and is lined with gorgeous 17th-century statues. From there, they walk up Via della Conciliazione, a wide avenue that opens onto St. Peter’s Square.

Public transit to the Vatican

Vatican City is also served by busses and the Rome Metro.

Must see: This Rome metro stop is better than an art gallery.

To reach St. Peter’s by bus, the closest stop is Borgo Sant’Angelo at Castel Sant’Angelo. From there, it’s about a 7-minute walk to St. Peter’s Square.

What to see in Vatican City

After you’ve toured the museums, you can walk over to St. Peter’s Basilica to explore the church.

Here’s a little more on what to see at each of the Vatican City attractions.

One of the grandest public squares in Europe, sprawling Piazza San Pietro, or St. Peter’s Square, serves as the monumental introduction to St. Peter’s Basilica. The oval-shaped piazza is framed by two curved, double colonnaded porticoes, which represent the arms of the church embracing the faithful.

The line to enter the basilica forms at the right, under the portico. While waiting in line, you’ll see the distinctly costumed Swiss Guards — their uniforms were supposedly designed by Michelangelo!

Once inside the basilica, prepare for a jaw-dropping experience.

The world’s largest church is covered floor-to-soaring-ceiling with marble, gilt, exquisite carvings and precious relics. The enormity of the space is overwhelming, just as its designers intended.

Here are a few of my favorite highlights:

Still more, including St. Peter himself, as enshrined in the Vatican Grottoes, which are free to visit once you’ve toured St. Peter’s. You can also climb to the top of St. Peter’s dome — or take an elevator part-way — for a breathtaking view of Rome.

Vatican Museums including the Sistine Chapel

It would take days to see all of the 20,000 objects on display, which represent less than a third of the museum’s entire holdings.

Housed in former papal palaces and private apartments, the museums contain some of the greatest works of art in the world as well as incredible artifacts from ancient Rome, Greece, and Egypt, all in a grandiose setting.

The most famous part is undoubtedly the Sistine Chapel, with its famous ceiling frescoes by Michelangelo. The Raphael Rooms are another important stop in the collection. Once the private apartments of Pope Julius II, they contain one of the artist’s most famous works, “The School of Athens.”

Local tip: Because the museums can be overwhelming, I recommend not trying to see every gallery or collection. Do some research in advance to decide what you most want to see, and concentrate your visit on those areas. You can also make things easier by booking a guided tour of the Vatican Museums. Our local expert can show you around so you can see the highlights and make the most of your precious time during your visit to Rome.

Here’s some need-to-know information for planning your visit to Vatican City, including prices, websites, and times.

Vatican Museums: If you plan to visit on your own, head to the Vatican Museums website to find current info and reserve your timed entry. Adult tickets to the museums are currently €17, and the museums are open Monday to Saturday from 8.30 a.m.-6.30 p.m. and closed Sundays. If you book a local tour guide, your ticket to the museums is included, and your guide will not only handle the ticket logistics but make sure you have an incredible time.

Dress code: St. Peter’s has a strictly enforced dress code. Women and men can’t enter with bare shoulders, skirts, or shorts that stop above the knee or any other clothing that might be considered revealing. Consider bringing a scarf or sweater to drape over your shoulders so you don’t risk being denied entry.