Where To Eat in SF’s Mission District, According to a Local 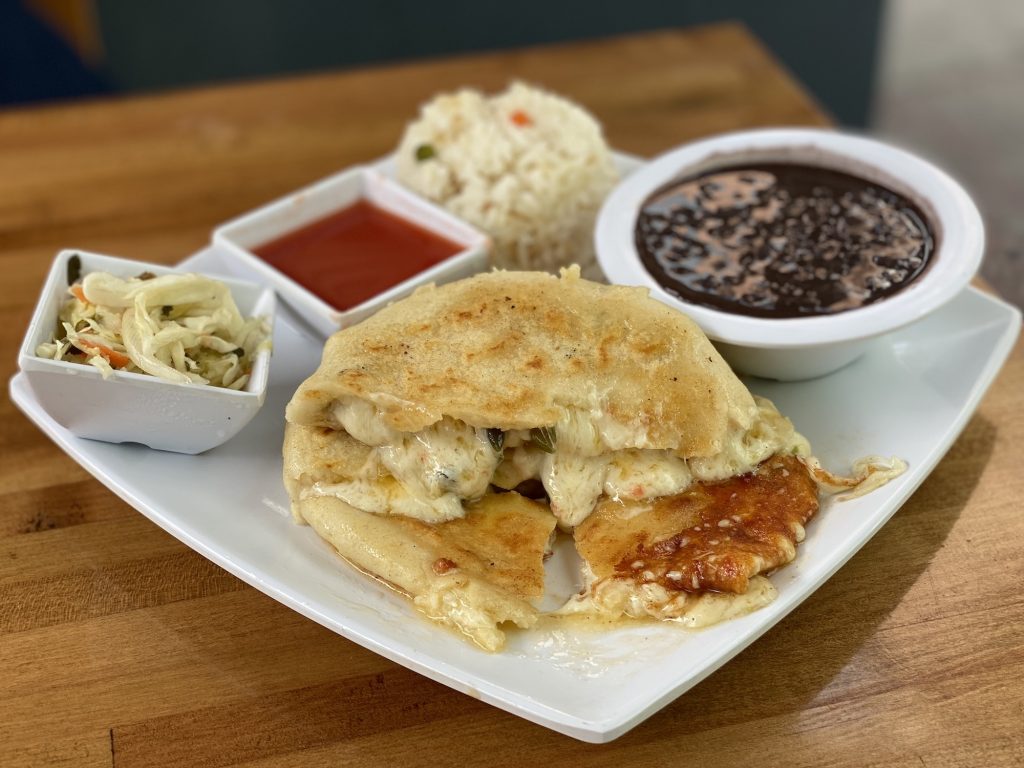 When it comes to incredible food, vibrant culture, and disproportionately sunny days, there’s nothing quite like San Francisco’s Mission District, a palm tree-lined stretch southeast of downtown that gets its name from Mission San Francisco de Asís, the city’s oldest surviving structure.

But while its roots stem back to a Catholic mission, these days the neighborhood is better known as a hub of San Francisco cuisine — as well as Latino culture — especially along 24th Street, where eateries like panaderias, taquerias, and pupuserias sit beside shops showcasing Peruvian music and Mexican piñatas.

It’s among places like these that you’ll really experience all that the Mission has to offer, and why I’ve chosen to highlight the following 10 spots as some of the neighborhood’s best.

Salvadoran immigrant Alba Guerra opened Sun Rise Restaurant in 2005 and remains the heart and soul of this popular eatery, which offers a menu of traditional Latin dishes like chicken flautas and beef fajitas with standard American eats (think omelets and burgers).

Of course, El Salvador’s beloved pupusas — thick cakes of grilled corn masa bursting with cheese and ingredients ranging from loroco to chicharron — are a restaurant favorite. There’s also a wonderful selection of vegetarian and vegan items, including a vegan breakfast burrito with soyrizo, and a vegan version of chorizo, which is typically seasoned pork sausage.

Choose between indoor seating in a cozy space adorned with local artwork or an outdoor parklet. The restaurant is open for breakfast and lunch only.

A family owned-and-operated neighborhood staple that’s been serving customers for more than half a century, the Belmar – La Gallinita Meat Market is part Mexican butcher shop, grocery, and luncheonette (not to mention a must-visit spot on our Mission District food tour).

Order at the counter for both cuts of meat and dine-in dishes such as carne asada tacos and burritos stuffed with cecina (salted beef), perfect for savoring at one of the market’s round-top tables.

From the founders of Cafe Gratitude, a small chain of vegan restaurants spread throughout California, comes Gracias Madre, a Mission District eatery that specializes in organic and plant-based Mexican cuisine.

Dishes run the gamut from enchiladas packed with potatoes and zucchini to bowls of brown rice, black beans, and tempeh chorizo, topped with nacho cashew cheese.

The menu includes dairy and meat alternatives, and a bevy of ingredients that are grown at the restaurant’s own Be Love Farm near Vacaville. Handmade tortillas and tamales are also par for the course, and there’s ample seating both indoors and out.

If you’re after huge, Mission-style burritos bursting at the seams with rice, beans, cheese, and meats, Taqueria Vallarta, another favorite from our SF food tour, won’t disappoint.

Located along the district’s bustling 24th Street, this authentic Mexican taqueria hands your food to you at the counter while you wait. Their late night hours are perfect for devouring a pollo asado (grilled chicken) taco or three between bars, and they also feature a selection of beer and wine.

Try it for yourself — and come hungry!

The taqueria’s colorful decor and communal tables are especially inviting, as is the menu, which includes vegetarian offerings like cactus and eggplant burritos, tortas and tamales, and wet burritos buried in red sauce.

Since opening in 2019 in what had previously been Domínguez Bakery, Eterna Primavera has won endless accolades for its authentic (and extremely affordable!) Guatemalan and Mexican breads and pastries. This includes buttery brioche-like conchas topped with frosting, as well as thick, dessert-style Guatemalan quesadillas that go wonderfully with a fresh cup of in-house coffee.

Everything is made onsite at Eterna Primavera, which is family owned. The shop also offers breakfast and lunch items, like pan con todo, a warm bread filled with eggs, beans, cheese, and cream, and jocón, a Guatemalan chicken and tomatillo stew.

Using recipes that have been passed down for decades, the family owned La Reyna is the place to come for holiday specialities like pan de muerto (a type of pan dulce baked around autumn’s Día de los Muertos celebration) and Rosca de Reyes, a sweet bread baked in the shape of a crown and adorned with fruit to honor Día de Los Reyes, or Three Kings Day, every January 6.

Of course, this Mexican panaderia and coffee shop is well worth a visit any time of the year, whether it’s for a loaf of savory pan francés bread or freshly made empanadas.

Local tip: Everything here is to-go. However, the Mission’s Garfield Square picnic area is just a couple of blocks southeast.

Always lively, buzzing, and endlessly unpretentious, El Farolito has been a San Francisco Mission District fixture for 40 years. Each of its multiple locations dishes out quality cuisine, but the 24th Street location is particularly noteworthy.

Burritos come foil-wrapped and enormous, with a choice between flour, wheat, and spinach tortillas and ingredients ranging from carne asada to shrimp. Other menu items include chile rellenos, flautas, tostados, and quesadillas.

Be prepared to line up along with the rest of the late night crowd, though you can enjoy some Mexican tunes from the jukebox while waiting.

If you’re a fan of big, juicy tortas, which are pretty much Mexican sandwiches, this is your place. Many diehards claim that Tortas los Picudos has the best tortas in the Mission — overfilled bread rolls stuffed with lettuce, tomato, onion, mayo, and everything from Hawaiian ham to pecado (fish).

The Milanesa de Res (breaded beef) tortas is particularly popular, as are the shop’s natural juices, like frothy glasses of carrot and grapefruit.

There’s limited seating indoors, so feel free to save the second half of your sandwich for later. They’re immense.

Executive Chef Jorge Martínez and his partners opened the restaurant along 22nd Street in 2007 but relocated to a larger, more open location along Valencia Street in 2004.

Tables are first-come, first-serve in both Loló’s colorful and creative dining room and within its light-strewn parklet. Shareable, tapas-style plates are the norm.

For nearly 70 years, La Palma has been the Mission’s go-to place for Latin groceries, homemade tortillas, and fresh masa made right onsite daily and from-scratch.

This is the spot to buy flour tortillas and holiday tamales in bulk, though it’s also where you’ll find delicious huaraches — sandal-shaped masa smothered with smashed pinto beans, fried, and then covered in salsa, onions, cilantro, and meat, with a helping of queso fresco to top it all off — and smaller, savory sopes, as well as burritos served up in pressed-to-order tortillas in flavors like spinach, wheat, and chipotle.

There’s a scattering of seating outdoors.

More to eat in the Mission

While these are all incredible stops to experience some of the Mission’s most authentic eats and really delve into its Latin culture as you go, the neighborhood also offers an array of other food types, from Italian and Chinese to Indian and Burmese. This is just a starting point for your culinary endeavors, but a pretty good one, at that.

13 Mission District Experiences Everyone Should Try in SF

Each San Francisco neighborhood has its own unique charm and culture, and the Mission District stands out as one of the best, a…

Every major city has a designated “tourist zone” that visitors love but locals tend to avoid, and in San Francisco, it’s Fisherman’s Wharf…

8 Bakeries for a Multicultural Tour of San Francisco

San Francisco is famous for its sourdough — and for good reason. There’s nothing like the crackle of freshly baked crust as you…