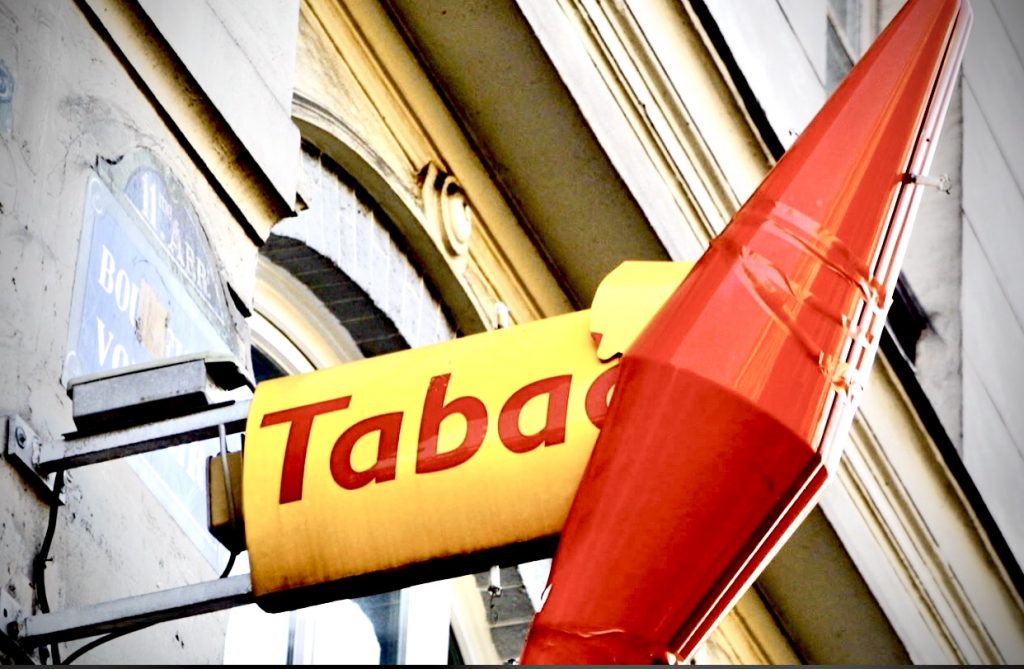 What is a Tabac?

How’s is a Tabac different than a cafe?

Isn’t a Tabac a cigarette store?

Is it a French rule that there must always an old man standing at the counter?

Everyone seems to have a basic understanding of a bistro and a brasserie and we all mostly get the concept of a cafe (even though the lines can be blurred regarding those differences anymore).

It’s understandable why a Tabac might be off-putting to a foreigner.

A Tabac (bureau de tabac) sells tobacco products, postage stamps, maybe a few other things too. Oh, lottery tickets etc. And there is a café-tabac which is a café in which there is a counter that sells the same things as the tabac.

You can often get a carnet of metro tickets at the counter of a Tabac.

Certainly combining a tabac with a bar of cafe is very common, paricularly in smaller towns.

A tabac is a place that sells tobacco products and often (incidentally) things like stamps, lottery tickets, and mobile phone recharges. They have a legal monopoly over tobacco, and a near-monopoly over stamps (post offices and tax offices can sell the stamps, too). A tabac can be a business on its own, or part of another business such as a café or bar. There will be a red lozenge-shaped sign outside (it’s supposed to look like a cigar) if there’s a tabac inside. Outside normal business hours there may be a line of smokers outside waiting to buy cigarettes, if it’s open.

Oh, and another thing, a cafe can be a Tabac but a Tabac isn’t necessarily a cafe.

Some Tabacs are small, dingy and an almost set-like hangout for locals to gather, argue, and wag their fingers at each other with typical Parisian flair. And drink of course. A Tabac is the locals’ neighborhood bar. Tabacs in more upscale districts are a little more likely to have a bit more ‘approachable’ charm. They offer cafe counters, sometimes a few banquettes and often solid, inexpensive French dishes.

The things that a Tabac encompasses are the things that locals do and need on a regular basis, not usually things in which tourists participate so there’s not always a reason to solicit a Tabac if you aren’t running Parisian errands. Don’t let that stop you from experiencing something that may well represent one of the most French things you can do as a visitor.

So find a Tabac that suits your style, sidle up to the bar or grab a stool at the counter and listen, look and learn…local life.