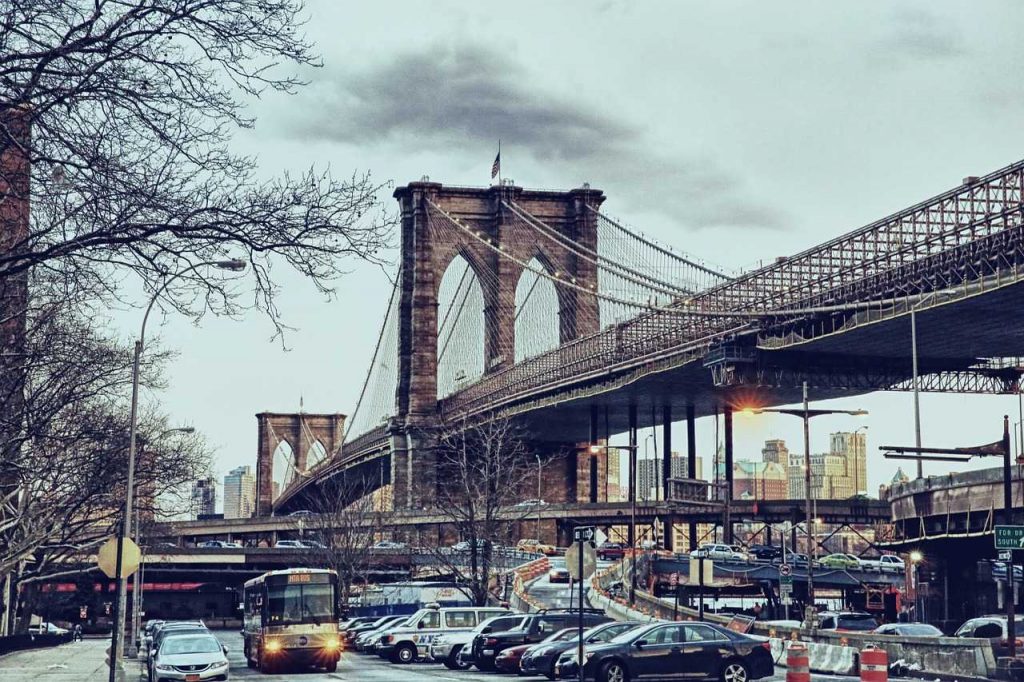 Continuing the journey into the unknown of New York, you cannot possibly exclude Queens and Brooklyn. Two of New York’s most vibrant boroughs, and the two largest in area and population, the activities available to you are extremely unique and far beyond anything you will find in Manhattan.

Part of exploring the lesser-known New York means getting out of Manhattan. Just by stepping into Brooklyn you are already conquering territory not visited by many guests. But beyond the Brooklyn Bridge and Prospect Park, there are a number of other intriguing sights. Instead of spending the night at a traditional Broadway show, get tickets to a performance at the Brooklyn Academy of Music. For over 150 years, BAM has been a space for emerging artists and progressive performance. There are tons of genres to choose from- film, theater, dance, music, opera, visual art. The calendar is updated daily with events so be sure to give it a look for one that might interest you.

Brooklyn also has its’ own, extensive collection of fascinating museums. The Brooklyn Museum is the third-largest museum in the city, with an art collection of about 1.5 million works. American, Contemporary, European, Egyptian and African Art are all showcased on display. The building’s location is just at the corner of Prospect Park, which makes it perfect for a day of exploring both the museum and the largest park in Brooklyn. The Transit Museum is always a guest favorite. Located at the edge of the Brooklyn Heights neighborhood, this museum is completely dedicated to New York’s extensive transit system. The walls present hundreds of historical artifacts from New York City subways, busses and commuter rail systems. The whole building is housed in an old 1936 subway station. Guests can interact with multiple exhibits, including vintage train cars from as early as 1907.

Going back even further in time, the Wyckoff House Museum is the oldest building still standing in New York. Built in the year 1652, it is the oldest surviving example of a Dutch saltbox frame house in the entire United States. A visit to the museum will transport you back in time to the 1650s and the life of Pieter Claesen- a Netherlands-native, indentured farm hand turned father and land owner. Your visit will comprise of access to the park and gardens, as well as a tour of the home. Finally, right next door to the Brooklyn Navy Yard is BLDG 92, a museum showcasing the history and modernization of the Navy Yard itself. They also offer bus and bike tours of the Navy Yard. Learn the in-depth history of one of Brooklyn’s most influential and powerful industries, which very much defined the history of the borough for many years.

Like Brooklyn, Queens has some of the best museums in the city. In the far reaches of the borough, inside Flushing-Meadows Corona Park, is the Queens Museum. The building in which the museum resides was built for the 1939 World’s Fair and is historic within itself. Many of the artifacts found inside are from both the 1939 & 1964 World’s Fair- both of which were held inside the park. The permanent collection contains a total of 10,000 items, 6,000 of those related to the World’s Fairs and the other 4,000 a mix of drawing, photographs, paintings, Tiffany glass, etc. A huge highlight of the museum is the room-sized scale model of all 5 boroughs, originally commissioned by Robert Moses for the fair in 1964. Entitled Panorama of the City of New York, the model is over 9,000 sq. feet and contains every single building constructed before 1992. It’s an exhibit that you could spend hours admiring and never get bored.

In the very popular neighborhood of Astoria, is one of the most interesting museums in the city- Museum of the Moving Image. Dedicated to the history of film, television and digital media, this interactive museum features Behind-the-Scenes exhibits, the Jim Henson Exhibition and Video Games in the Internet Age. On top of their regular collection are movie screenings, family programs and festivals. Being the only museum of its’ type in the country, this is a one-of-a-kind destination for guests of all ages and interest. Just a 20 minute walk away, right along the edge of the East River, is Socrates Sculpture Park. Formerly a landfill site, this park displays large scale sculpture and multimedia instillations. Admission is entirely free, to both the park and to many of the events that they host throughout the year. Concerts, movie screenings, dance performances, fitness classes- it’s a fun time for everybody. The park alone is great for kids, as it provides space to run around while enjoying both the art pieces and the views of Manhattan.

As a borough, Queens is quite impressive. If you were to take each of the 5 boroughs and make them their own city, Queens would be the fourth most populous city in the United States. Today, it is one of the most ethnically diverse urban area in the entire world. Something that only makes sense when you experience it for yourself. Compared to the rest of the city, Queens has some of the most delicious and authentic cuisine, with the most variety. If you decide to make your way out to the famed Flushing Meadows-Corona Park, spend some time in the area of Flushing. The neighborhood is one of the best places for Chinese food in the city. Unlike Chinatown in Manhattan, it’s a bit more subdued and a little less commercial. It has become one of the largest and fastest growing ethnic Chinese enclaves within New York, and outside Asia as well. Definitely worth a visit if you have the time. On the opposite side of Flushing Bay is Jackson Heights, a microcosm of the American melting pot. It’s one of the most diverse neighborhoods in New York City. Also, the best place in the city for Indian food. The area near 74th Street is commonly known as Little India, with restaurants, shops and other commercial buildings lining the streets. Like Flushing, it’s a neighborhood you should definitely walk around in if you’re interested in experiencing more of the local culture.