History of the Legendary Stonewall Inn 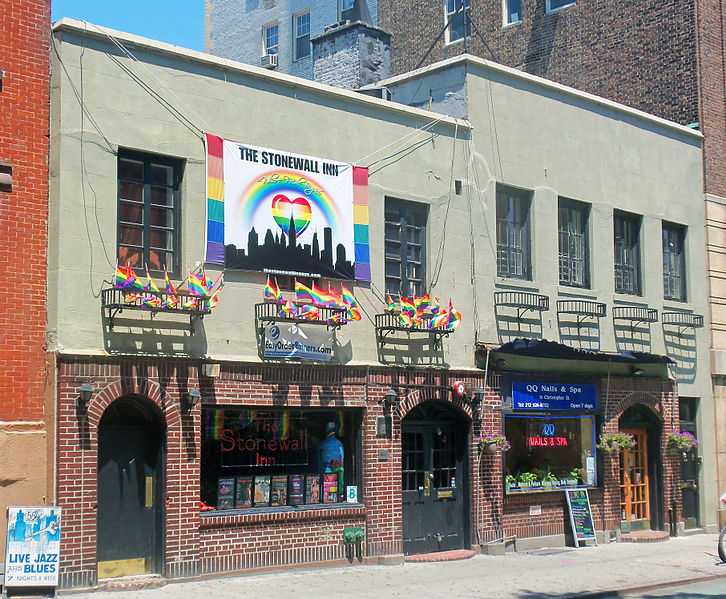 A Look at the Legendary Stonewall Inn!

The Legendary Stonewall Inn is one of NYC’s newest National Monuments and home to one of the most important Civil Rights battles in American History. So how did it all begin?! Join us as we take a look at the Monument’s storied legacy.

The Legendary Stonewall Inn opened it’s doors in 1967 on Christopher Street in the Greenwich Village. Though used as a restaurant space before, members of the mafia reestablished it as a gay night club. Cops would often raid gay clubs at the time so the Inn had to make monthly payoffs to local police. Despite police monitoring the bar and some sub-par facilities, the Inn remained popular. A lot of that was due to it’s open nature, shows and being one of the only gay bars at the time where dancing was allowed.

After years of actively paying off police, Stonewall was raided. On June 28th, 1969, NYPD arrived at the club in an attempt to raid the premises. However, due to the late arrival of police backup, the night quickly got out of hand. As crowds began to swell outside of the club, a still unidentified woman was dragged and arrested by police as she screamed. This lead to bystanders getting physical with police and the night exploded with violence. Several officers were trapped inside of the bar until tactical police could arrive. The riots continued for days in a show of solidarity for the club. All of these events are highlighted by our Greenwich Village walking tour.

As a result of the riots, some of the first Gay Pride Parades took place in New York. Many did and still do consider the Legendary Stonewall Inn to be a birth place of the Gay Rights movement. In the years following the riots, 53 Christopher Street would become home to several types of businesses. However, in the 90’s, half of the space reopened as Stonewall Inn and that block of Christopher street became know as Stonewall Place. Now turned into a two floor club, the Inn would feature themed shows and dancing every night. By 2007, the club was completely remodeled in an attempt to pay respect to the club’s legacy. This change would, in part, lead to the bar’s biggest honor yet.

On June 23, 2015, almost fifty years after the riots, Stonewall Inn was declared a New York City landmark. The first of it’s kind to focus on achievements for LGBT rights. But that was just the tip of the iceberg. In June of 2016, president Barack Obama declared the Legendary Stonewall Inn to be a National Monument. This amazing accomplishment made the Inn the first national park to be established due to it’s association with LGBT rights. A true stepping stone for the country and a far cry from the bar’s initial days. Now, anyone can visit the bar to share in it’s history or just have a drink!

Have you ever visited the Legendary Stonewall Inn? Tell us about your visit in the comments below!