Bye! You have logged out from ExperienceFirst.
Blog · Los Angeles · They Say Marilyn Monroe is the Hardest Working Ghost in Showbiz …
March 22, 2018

They Say Marilyn Monroe is the Hardest Working Ghost in Showbiz … 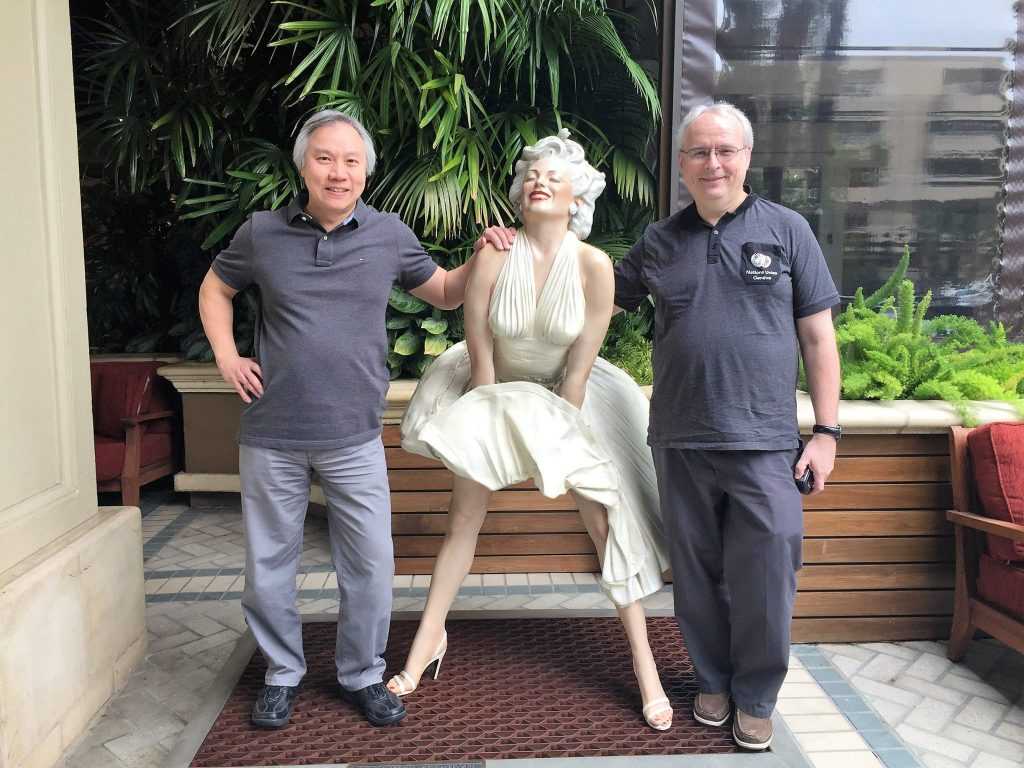 Hollywood has produced tons of icons over the years and it is safe to say that Marilyn Monroe is one of the most recognizable figures from the silver screen. Even today every time I take a trip to Hollywood, I will run into one or more Marilyn Monroe impersonators. Monroe symbolizes the beauty and sex appeal only reserved for movie stars. She made dozens of films between the fifties and sixties, always playing role of the “blonde bombshell”. Though she was adored by millions of fans, Marilyn’s life off screen was less ideal with reports of depression and substance abuse. Monroe died at the age of 36 due to a barbiturate overdose which was ruled an intentional suicide though still some believe she was murdered. How Monroe died may be up for debate but most people agree that she left us too young… however, some say she never left us at all. Marilyn Monroe’s ghost has been seen all around town since her death. Not everyone believes in ghosts but it is strange that so many people have reported seeing Marilyn’s spirit. Here are just a few of the most reported spots haunted by Marilyn Monroe.

Marilyn’s home in Brentwood, CA was where the beauty passed away. Her ghost has been spotted all over the property from the pool to the garage. There are even a couple eerie photographs that seem to capture a ghostlike figure wondering the estate. I’m sure the pictures still get her good side.

The Roosevelt Hotel in Hollywood also has reported sightings of Monroe’s spirit mainly in the suite she frequented; room 1200. Her ghost often would shock people by appearing in a full length mirror and it got so bad that they moved the mirror from the suite to the hallway in an attempt to not lose customers. Some guests wouldn’t be that upset to spend the night with her ghost, at least they can say they spent the night with Marilyn Monroe.

The Hippodrome on the Santa Monica Pier is another spot rumored to be haunted by Monroe. She spent some time there during a photo shoot on the beach and would occasionally visit the carousel in disguise to watch the families enjoy their day. Legend says that if you visit the hippodrome late at night and watch the mirrors on the carousel, you can catch a glimpse of Monroe sitting on her favorite bench near the gift stand. There are a lot of reports of Marilyn showing up in mirrors…maybe she was so pretty, the mirrors can’t forget her image.

It’s often joked that Marilyn Monroe is the hardest working ghost in showbiz because her spirit seems to be everywhere. Even her star on the walk of fame has had reports of a mysterious pink mist hovering over it. It’s no wonder that she’s even been caught on film a few times, if there is a ghosts that isn’t camera shy, that ghost would definitely be Marilyn Monroe.

Come check out these places for yourself on our LA Highlights Tour and see if you are one of the lucky few that meet her ghost.