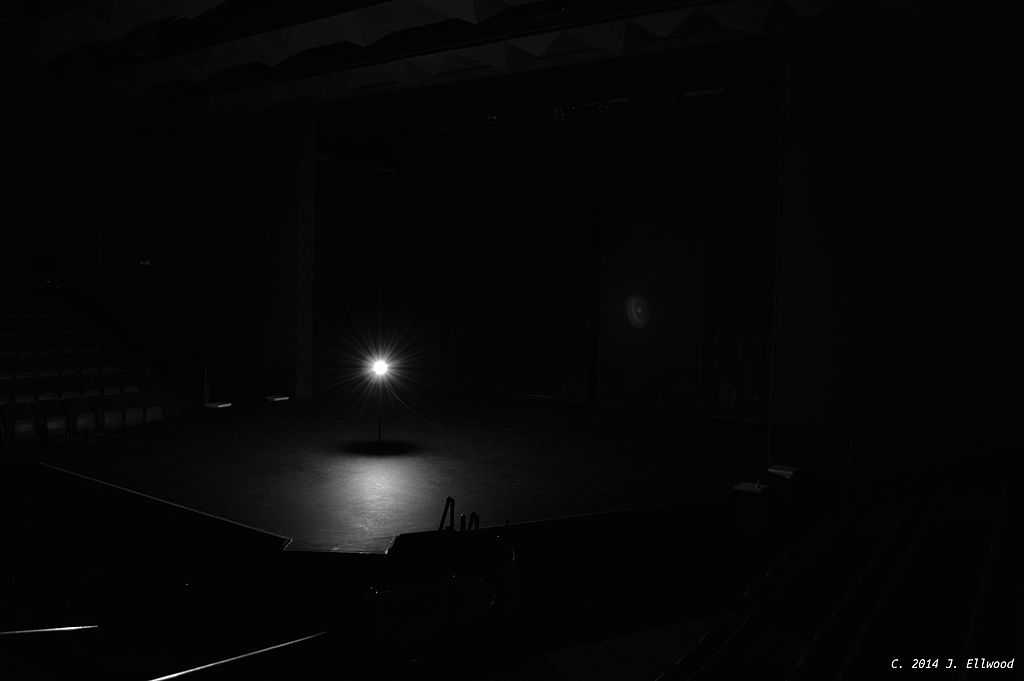 Broadway is a staple of midtown New York and has been for over a century. Plenty of people involved with the Theatre District have passed on but not all of them have left…

Every night people come out to see Broadway shows by the thousands. Eventually, curtains come down, the actors take their final bows and the shows come to an end. Everyone goes back out into the night and the theatres go dark. The only light that remains is a singular bulb artists call a Ghost Light. Theatres all over the world use this light both as a safety measure and a means to appease any spirits that may inhabit their space. Broadway is no different and if you attend a show, you may be sitting with a Broadway Ghost.

So here are five, active theatres on the Great White Way that many believe are home to some Paranormal Patrons.

Built in 1903 the Palace is one of the oldest running theatres on Broadway. It hosts its fair share of plays, musicals and tragedy.

Legend has it that in the 1950’s, acrobat Louis Borsalino would attempt a tight rope walk without a net and fall to his death. While some dispute this claim, saying that the high-flyer was only badly injured during the fall, stagehands and actors alike believe his ghost still has a taste for the stage. Therefore, Borsalino can be seen swinging from the rafters when the theatre is empty. Like any good Broadway Ghost, he will let out a shriek of terror before reenacting his ill fated final act. Over and over and over again.

Right in the heart of Times Square, the New Amsterdam is over a century old! Disney revived it in the mid nineties and it is now home to some of the most extravagant productions around, and a Broadway Ghost.

First off, Olive Thomas was a Broadway chorus girl in the early 1900’s, known for her beauty. As a result, she caught the eye of many, including her husband, Jack Pickford. The two did not have the greatest relationship and in 1920 they decided a trip to Paris would be the perfect cure. However, a heated exchange between the two lead to Olive’s tragic overdose on mercury bi-chloride, a topical ointment.

Very soon after her death, reports began that Olive was walking the halls of the New Amsterdam Theater. Clad in a green, beaded dress and carrying a bottle much like the one she fatefully drank from in Paris. Sightings of Olive remain steady (even as recently as 2005) since the need to perform cannot escape her. Even in death.

Few American Theatres are as old as the Lyceum. Granted landmark status in 1974, it is the oldest, continuously running Theater on Broadway. Hence it should come as no surprise that it also has a permanent phantom in the form of legendary Choreographer Bob Fosse.

Fosse, known for his distinct and innovative style of dance, worked with many actors and dancers over his career. One such actress was Chita Rivera. River starred in 2016’s The Visit, performed in the Lyceum. During the show, crew members claimed to hear strange sounds in addition to cigarette smoke coming from the balcony. Many of them assume that it was the ghost of Fosse himself. Due to Fosse’s work relationship with Rivera and his apparent love of the Balcony seats, it makes sense that he would choose that show to haunt. Whether or not he stays around is the question. Needless to say, as a Broadway Ghost, he’s got plenty of time to decide.

Sometimes you don’t need a storied history to be a ghost. You just have to scare a group of kids.

The Imperial Theatre opened in 1923 and various musicals and plays have graced its stage in the last century. The most noteworthy of these shows was Billy Elliot. A musical based on the hit film, its big draw was music by Elton John and a talented group of Tony award winning youngsters. Young girls in the show claimed that their dressing room was haunted by a strange and powerful entity who would open and close doors at will and the name of that Broadway Ghost: Fred.

Therefore, while some believe that famed actress Ethel Merman probably haunts the old theatre, the cast of Billy Elliot will tell you a much different story.

Finally, the most noteworthy theatre on this list. David Belasco commissioned it to be built in 1907. While it is only the sixth oldest theater on Broadway, it most likely takes the lead as far as sightings are concerned.

David Belasco died in 1931 and consequently became one of the Broadway Ghosts. He is said to watch rehearsals and walk the halls whenever he pleases. Some crew members in the theatre will say, “Goodnight, Mr. Belasco” at the end of each night, just to appease him. Even I have had a spooky experience with this legendary Broadway Ghost.

As a bar manager at the time, I had to stay late to count the night’s profits. Suddenly, in my non ventilated office, the air grew cold. Just as quickly as the cold began, it was gone, returning the room to its normal temperature. Even I have my skepticism towards ghosts and this incident shook me to my core. Many believe that Cold Spots will often accompany ghosts and knowledge of this phenomenon gave me cause to leave the theatre early that night.

Those are the Broadway Ghosts that this intrepid blogger knows about and there are many others. Do you have a ghastly experience in a Broadway Theatre? Let us know in the comments! If you wanna see some of these theatres first hand, check out Inside Broadway Tours!