A Brief History of Liberty Island 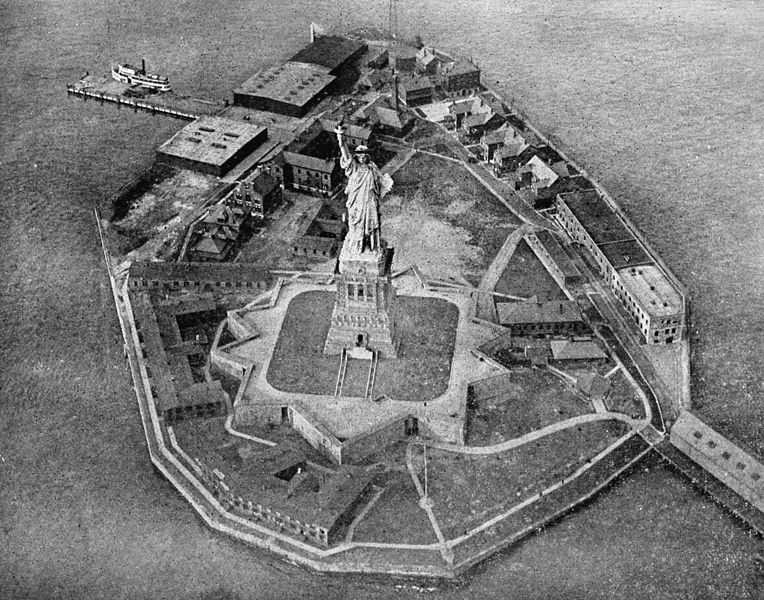 1620s: For many years, the island had served the Native American inhabitants of what is now Manhattan. The island was a major source of food due to its large oyster population. Starting in 1609 with Henry Hudson, the Dutch began to arrive and colonize the land, including the smaller islands occupying the harbor- designating them the three “Oyster Islands”.

1667: A Dutch colonist by the name of Isaac Bedloe receives ownership of the island.

1673: Isaac Bedloe dies and Lovelace is overthrown by the Dutch. The name changes from Love to Bedloe’s Island.

1738-1757: New York City takes possession of the island and uses it as a quarantine station in order to inspect arriving ships for disease. It remains so until 1746 when the island is bought by Archibald Kennedy as a vacation home for one summer. It then returns to New York possession and its quarantine state during the outbreak of smallpox in 1755.

1772-1794: During the Revolutionary War, the island was used as an asylum for those colonists who still remained loyal to Great Britain during the war. It was the sight of a great attack in which many of the buildings were destroyed. The French would later use it as an isolation station. Money was then devoted by the government to construct a fortification on the island.

1807: The island is declared a military post and work begins on a military fort meant to protect New York Harbor.

1811: A star-shaped fort is completed and guards the harbor during the war of 1812. The fort is later renamed Fort Wood.

1871: Frederic Auguste Bartholdi tours the United States for potential locations for the Statue of Liberty. He chooses Bedloe’s island as the ideal spot and designates it the site for the statue.

1885: Statue arrives at Bedloe’s Island and is placed in storage until the pedestal funding and construction are complete.

1886: The pedestal is complete and the statue is reassembled on Bedloe’s Island and dedicated on October 28th.

1924: The Statue of Liberty is declared a national monument by President Calvin Coolidge.

1937: The War Department renounces control of Bedloe’s Island. The National Park Service begins to redevelop the island to complement the statue.

Want to experience this wonderful history up close and personal?? Well join us for a tour!!