The True History of Labor Day 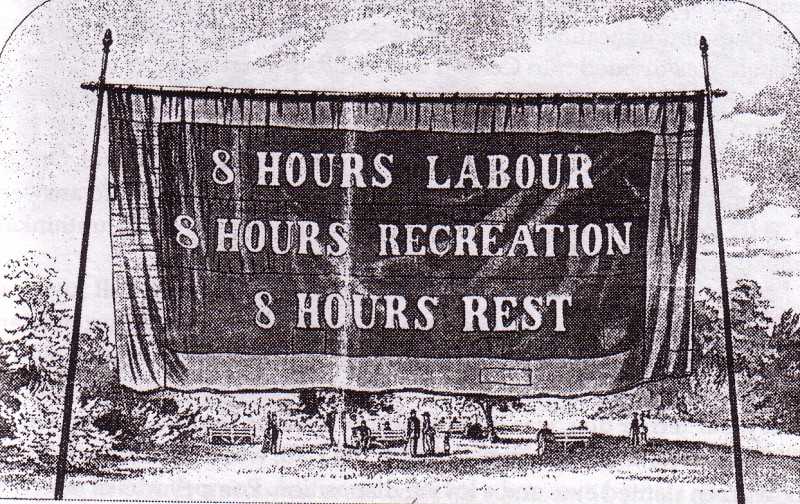 For most Americans, Labor Day conjures up images of barbecues, parades, and the wistful end of summer. Few give thought to the origin of the holiday, beyond perhaps a vague nod towards celebrating the “American Worker.”

The truth, however, is a bit more complicated. In this post, we’ll explore the history of Labor Day and the importance it holds for the American labor movement.

Where does the History of Labor Day begin?

When you think about it, it stands to reason that the history of Labor Day begins in New York City. In 1882, leaders of various unions organized a “monster labor festival” on Tuesday, Sept 5th. While few people showed up initially, the crowd snowballed, soon tallying over 10,000 people.

This “day of the people” wouldn’t become an official holiday in New York until 1887. Eventually, President Grover Cleveland signed the holiday into law in 1896.

Why is Labor Day held on the first Monday in September?

Before Labor Day, another holiday existed to celebrate worker’s efforts worldwide. The International Worker’s Day falls on May 1st. If an American holiday was to be established for this cause, it makes sense that we would choose the same date, right?

Unfortunately, just as the momentum was building for a recognized holiday, an unfortunate incident occurred. On May 4th, 1886 a peaceful demonstration of workers in Chicago, in support of an 8-hour work week, devolved into violence when a bomb was thrown into a group of police officers. The police responded by firing into the crowd, killing and wounding untold numbers of protestors. This event led to the execution of four labor leaders and became known as the Haymarket Affair.

In an attempt to avoid this sensitive date, President Cleveland selected the first Monday in September to mark the holiday.

What’s the difference between the two holidays?

If this seems a bit wishy-washy to you, you’re right. Labor Day was intended to assuage some of the demands of a growing labor union movement in America. It’s a symbolic gesture, and as such, it soon lost its meaning for the majority of the workforce.

Is Labor Day still about… labor?

Sure! There’s still a major parade in New York City sponsored by the AFL-CIO, one of the largest unions in America. And while unions have been taking a hit in recent years, they’re still working to overcome challenges as old as the holiday itself.

How about wearing white?

We’re gonna defer to the masters of etiquette at Emily Post for this one.

So, is it wrong to hold a barbecue?

Not at all! The weekend you’re enjoying is just one of the many advancements that organized labor achieved. Enjoy that burger and potato salad, but perhaps take a moment to consider the journey of the American worker. As you celebrate the end of another beautiful summer, be thankful for the sacrifices made to better your work/life balance.

If your holiday plans include visiting New York City, the birthplace of Labor Day, consider one of our walking tours. Come experience the places where history happened with our expert guides.