10 Iconic NYC Foods: Where to Go and What to Order 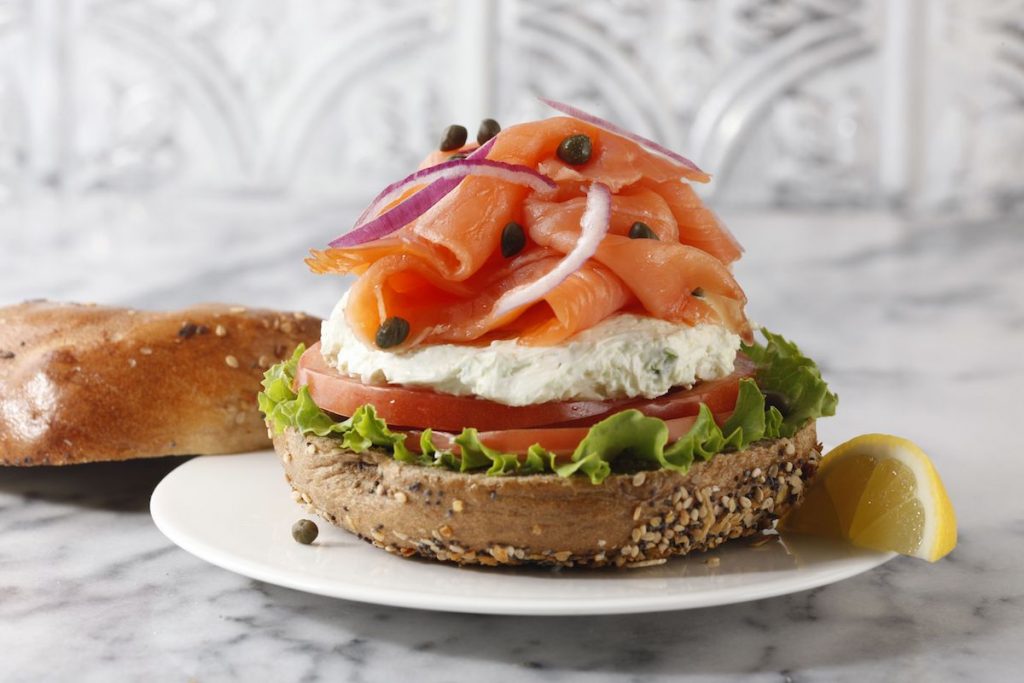 When it comes to good food, New York City has a lot on its plate. Culinary trends ranging from the cronut — a croissant-donut hybrid by Dominique Ansel — to tried-and-true dishes like hot dogs, bagels, pizza, and pastrami.

To truly get a taste for what this metropolis has to offer, there are certain foods you have to sample when you visit. But what you should you order and which restaurants should you try? There are so many dining choices in NYC. I’m here to help. In this article, I’ll share where to go and what to order for the most iconic meals in New York City.

Pastrami is a true NYC classic. This brined, spiced, and sliced beef pairs well between two pieces of rye bread and a spicy brown mustard, and you’ll find it at a New York City institution — the deli.

Starting with the arrival of German immigrants and then later on Eastern European Jews, delis are now everywhere around the city. There are two types of delis: ones that maintain kosher food preparations and ones that don’t. Along with other delicacies, including cured meats, whitefish, and salmon, an NYC deli is the perfect place to introduce yourself to a pastrami on rye.

Along with your sandwich, I suggest ordering an egg cream, another city creation. The sweet drink is neither egg nor cream. Instead, it’s made with seltzer water, milk and syrup that can taste like vanilla or, more commonly, chocolate.

This Chinese meal of small plates usually consists of seafood, meat, and vegetable dumplings paired with other snacks and tea. Dim sum is frequently served at restaurants in Manhattan’s Chinatown and Flushing, Queens.

It’s a great way to sample a lot of different types of food without the low quality and speed eating that sometimes accompanies a buffet. A quality dim sum meal is a cultural as well as a culinary experience.

What we now know as the steakhouse in NYC came from two 19th-century predecessors: beef banquets, which were male-only political fundraisers, and the chophouse, an offshoot of an English tavern. The dark wood-paneled interiors of many steakhouses recreate this era, where some venues are still a culinary history lesson.

NYC even has its own cut of the cow: The strip steak or top loin steak is often called a New York strip because it originated from steakhouses here back in the 1900s.

For New York steak, opt for the old-school establishments that have been doing it right for years. You can get great steak wherever you’re staying for your New York City tour.

Personal preference for where to go for the best pizza in New York can be up for heavy debate.

This Italian dish evolved in the city first with the wave of Italian immigrants who settled in East Harlem, on the Lower East Side, and in Little Italy. Today, this culinary treat can be found across the city’s five boroughs.

It’s hard to recommend just one spot for a perfect pizza date night or a quick snack while you’re out sightseeing. Your best bet, if you have the time, is to try a few places and figure out what you enjoy. That way you know for next time you visit.

Loosely meaning storefront in Spanish, a bodega is a small neighborhood grocery store that also has a deli counter. Here, you can place an order for a cup of coffee or fill up on lunch. Native New Yorkers often stop by bodegas for one simple, beloved breakfast sandwich: bacon, egg, and cheese on a roll.

Bodegas serve another specialty, this one credited to have started in East Harlem: the chopped cheese sandwich. It’s NYC’s response to the Philly cheesesteak, with a medley of grilled meat, cheese, tomato, and shredded lettuce. It’s easy to find this corner store amidst your walks or wanders, but here are some to consider going directly to.

Soul food is rooted in the south, but it came to New York City as many African-Americans relocated to the north in the 20th century. Its dishes were shaped in America’s early history by ingredients available to enslaved people and the cooking techniques they passed down through generations. Soul food also has been some influence from southern Native American cuisine.

As for the name, the term for “soul food” became prevalent around the 1960s as the word soul frequently symbolized Black culture. Staples of this cuisine can involve collard greens, okra, grits, fried chicken and catfish, and yams.

In NYC, soul food is often linked to Harlem, a neighborhood rich with Black heritage. And for the best soul food, it’s hard to go wrong with any restaurant in this neighborhood.

With its crispy crust and chewy inside, what we know as the bagel today is believed to have come from Poland to New York with the Eastern European Jews who immigrated here.

Why are bagels so crispy yet chewy? It’s all in the preparation. The dough is primarily boiled then baked. In New York City, it was almost an art form. Bagel production here was historically overseen by a strong bakers’ union. That was from about the 1930s to the early 1970s when bagel-making machinery challenged their speed and ended their long-standing authority.

Today, bagels are baked fresh onsite at many shops around the city. Have one with cream cheese (we call it a schmear), or opt for a lox and bagel sandwich.

The most famous street foods in New York City are hot dogs and pretzels, so feel free to pick some up while you’re here, but there’s a lot more to NYC street food.

We’ve had on-the-go food from the city’s early days. Oysters was an original food cart item, thanks to their former abundance in harbor waters. Now, the street food mobile scene consists of food trucks and food carts selling almost every kind of cuisine imaginable. You can try anything from churros to Belgian waffles to halal cuisine (foods associated with Islamic dietary laws).

New York’s Caribbean-American community is well represented in the local food scene. Chefs with culinary roots in Jamaica, Haiti, Cuba, Guyana, Trinidad and Tobago, Puerto Rico and the Dominican Republic offer a range of delicacies at restaurants and food carts.

It’s hard to narrow this down, but here are some options for discerning foodies.

K-Town for short, Midtown Manhattan’s Koreatown section comprises various Korean businesses, including many bakeries and restaurants. Its central point is known as “Korea Way,” along West 32nd Street between Fifth and Sixth avenues.

While small in size, the area has plentiful selection for those wanting to sample Korean barbecue. This cuisine involves grilling meats on built-in gas or charcoal grills. That’s right — you see your food made right before your eyes.

Looking for dessert? I’ve already mentioned egg creams, rugelach, and cronuts, but the most iconic New York City dessert has to be cheesecake.

NYC cheesecake is rich and smooth with a cream-cheese base. Translation: This is not a calorie-light, airy dessert, but it is decadently delicious. Its recipe is often credited to restauranteur Arnold Reuben and its popularity to the (now gone) Lindy’s Restaurant.

Luckily, the creamy cake lives on all around the city.

Believe it or not, this article only scratches the surface of the flavors you can find here in the Big Apple.

Looking for some more foodie inspiration? Our travel guide to Chelsea Market covers everything to see and savor at this popular destination near High Line park. 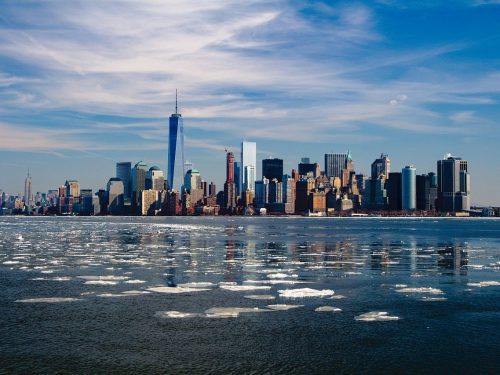 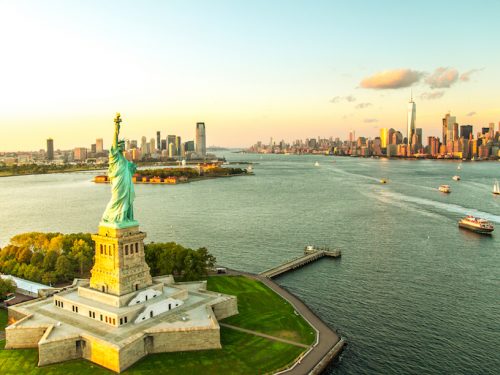 Statue of Liberty and Ellis Island: Dos and Don’ts for Your Visit

As two of the most popular attractions in New York City, the Statue of Liberty and Ellis Island are probably on your must-see…