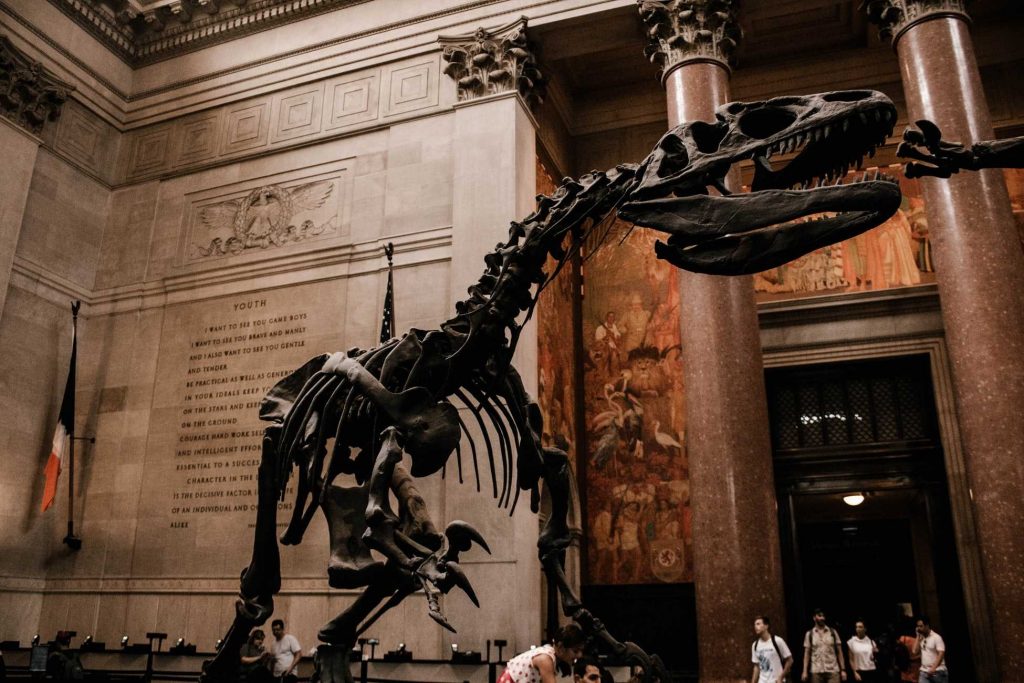 It is quite apparent that traveling to a new destination involves visiting various museums that reflect the cultural characteristics of a particular country or region. Luckily, there are dozens of captivating museums worldwide, and the City of New York is not an exception. You might have already heard about the Metropolitan Museum of Art, the Museum of Modern Art or Intrepid Sea, Air & Space Museum which are among the most popular and top-rated museums of NYC.
However, there is a wide variety of lesser-known NYC museums that are not visited as much but do not lack the importance and value. Therefore, this article provides 7 unique NYC museums that are worth visiting.

1. The Morgan Library & Museum
225 Madison Avenue at 36th Street, New York, NY 10016
The Morgan Library & Museum originally represented a personal library of J.P. Morgan, an American financier who was considered as one of the most influential bankers in the country. In 1924, the remarkable library was devoted to the public by J.P. Morgan Junior. The museum comprises a wide variety of extraordinary manuscripts, exceptional books, ancient artifacts, and drawings.
Since the collections were gradually increasing, the building was subject to expansion and renovation in 2006. The current design incorporates three historically essential buildings (the original one, the 1928 Annex building, and the mid-19th-century building) which creates an alluring environment.

2. The Rubin Museum of Art
150 West 17th Street, New York, NY 10011
The Rubin Museum of Art was founded by Shelley and Donald Rubins, who started to collect breathtaking pieces of art gradually. The first painting that grabbed their attention in the mid-1970s was a Tibetan painting on cloth, a thangka. Next, they came across various colorful and ethereal paintings which made them realize that they had already grown their collection in depth and breadth.
The museum has been dedicated to the collection, exhibition, and preservation of otherworldly cultural pieces from India, Himalayas, and neighboring areas since 2004. Furthermore, daily exhibition tours are offered for customized age groups.

3. El Museo del Barrio
1230 Fifth Avenue at 104th Street, New York, NY 10029
El Museo del Barrio is a small museum founded over 50 years ago by Raphael Montanez Ortiz and a group of Puerto Rican parents, artists, and activists who shared the interest of the promotion of Latino culture. Even though the museum is relatively less-known, it manages to catch the eye of a visitor through the collection of about 8,000 objects from Latin American, Caribbean, Latino, and pre-Columbian cultures.
The museum comprises Taino artifacts, traditional pieces of art, drawings from the 20th century, paintings, prints, installations, and sculptures. Thus, if you are interested in modern and urban pop art and want to know more about the cultures mentioned earlier, this is an excellent spot for you to stop by.

4. Alice Austen House
2 Hylan Blvd at Edgewater Street, 2 miles south of the Staten Island and 1 mile north of the Verrazano Narrows Bridge, New York, NY 10305
Alice Austen House represents a house-museum dedicated to Alice Austen photography. Alice was one of the first female photographers who was characterized by a compelling manner of representation of real-life moments through photography. She has captured over 8,000 images, among which are the original photos of the interior and exterior of her family house. The presence of these photographs made it possible to accurately restore the original version of the building.
Currently, the Alice Austen House comprises captivating photographs that reflect historical aspects as well as her personal identity and characteristics. Moreover, the house-museum is marked as a site of LGBTQ history. Therefore, this is a great place to go to in case if you are interested in historical aspects of LGBTQ and real-life snaps from the 18th and 19th centuries.

5. KGB Espionage Museum
245 West 14th Street, New York, NY 10011
KGB Espionage Museum is a museum comprising a collection of one-of-a-kind items reflecting the espionage operations executed by KGB, the primary agency responsible for state security within the Soviet Union. The abbreviation “KGB” (КГБ in Russian) stands for “Komitet Gosudarstvennoy Bezopasnosti” and is translated as the “Committee for State Security.”
The museum uncovers the secret lives and strategies of leading KGB agents utilizing specialized equipment, including but not limited to spy cameras and radios, hidden recorders, code machines, secure telephones, and concealment devices.
Therefore, the KGB Espionage Museum is a perfect spot for the visitors willing to learn more about specific techniques from the Cold War era.

6. The Frick Collection
10 East 71st Street, New York, NY 10021
The Frick Collection is identified as a premier museum and research center that incorporates old master paintings (European paintings before 1800) along with sculptures and decorative pieces of art reflecting European cultural diversity. The museum was founded by Henry Clay Frick in 1935 and has been exhibiting works of art since then.
The primary mission of the museum is to preserve and exhibit the collection of magnificent paintings and sculptures. Along with that, the place provides access to exclusive publications and grants visitors research opportunities through various public programs. Moreover, the museum comprises several gardens and a portico (porch), creating a pleasing and relaxing environment.

7. The Museum at Eldridge Street
12 Eldridge Street, New York, NY 10002
The Museum at Eldridge Street is accommodated in the Eldridge Street Synagogue which is considered as one of the most spectacular national historic landmarks in the city of New York. Initially built by Jewish immigrants and opened in 1887, the synagogue was later rigorously restored. Currently, the building serves as a museum and represents the Jewish migration from Eastern Europe to America.
Moreover, the museum hosts various tours, cultural events, and educational programs that promote awareness of Jewish immigrant life and culture. Although the museum is not visited that often, it is still regarded as the New York City’s glorious hidden treasure.