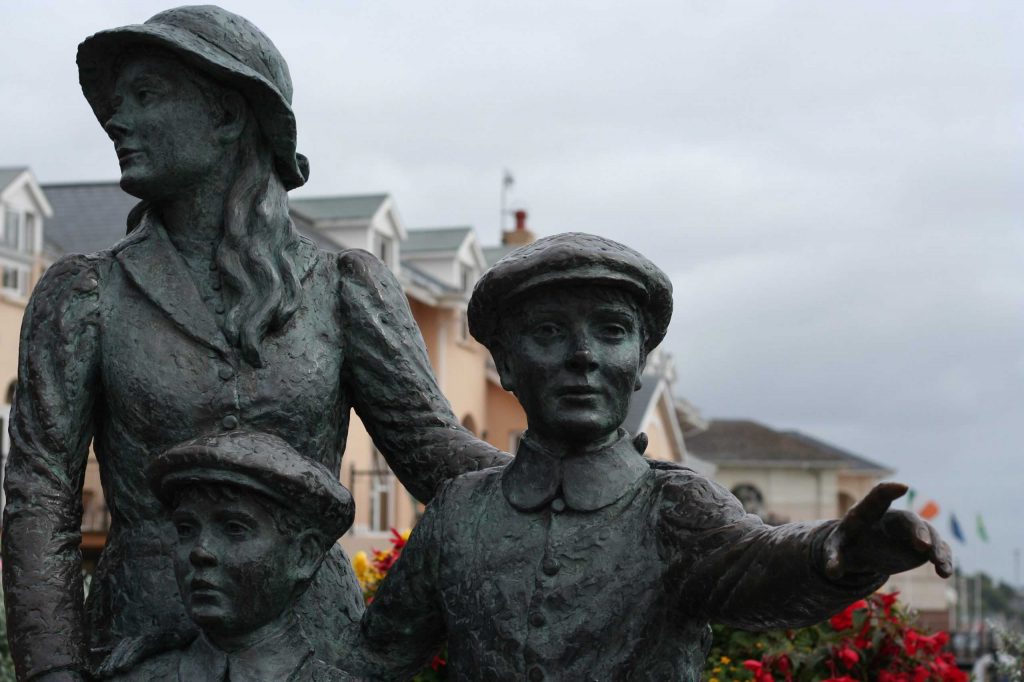 When Ellis Island officially opened on January 1, 1892, the gates of America were opened for millions of people all over the world. For one woman in particular, her life would change and inspire others in ways even she could not imagine. As the first immigrant to be processed through Ellis Island, Annie Moore set her place in history and paved the way for many who would follow behind her. Whether you’ve heard her name before or not, allow me to share with you some facts about one of Ellis Islands’ most famous immigrants.

1. Her parents already lived in America.

When Annie Moore arrived in New York with her 2 brothers, her parents had already been living in the city for some time. Matthew and Julia Moore immigrated to America in 1888. They lived in the Lower East Side at 32 Monroe Street.

Moore arrived from Ireland aboard the S. S. Nevada. She was one of 148 passengers who would all be immigrated the exact same day. Attempting to sell more copies, newspapers were reporting that the immigration day just happened to also be Moore’s birthday. They were wrong. She was 17 years old upon arrival, but was not celebrating her birthday.

In 1895 she married a young German-American named Joseph Augustus Schayer. He was the son of German-Catholic immigrants, who made his money working in the Fulton Fish Market. Five of her ten children would die before the age of three. Her and her husband had enough money for a family plot, but her children were buried without headstones.

Annie spent her entire life in the Lower East Side. At one point she lived at 99 Cherry Street, just around the corner from her parents original home. She died of heart failure at the age of 50 in 1924. Her grave at Calvary Cemetery in Queens was previously unmarked, but in 2006 was identified and given a marker- a Celtic Cross made of Irish Blue Limestone.

5. Received an award for being processed first.

After the registration, Annie was given an American $10 gold piece from an American Official, as well as a blessed silver coin from a Catholic Chaplain and a five-dollar gold piece from a stranger. Today, her legacy is honored with two statues built by Jeanne Rhynhart. One is at Cobh Heritage center, the other at Ellis Island- her departure and arrival points respectively.

6. Mistaken for another woman for many years.

In 1924, a woman named Annie Moore died in a streetcar accident outside Fort Worth, Texas. Many had believed that this was the Annie Moore they had heard about so often. This Annie had married Daniel O’Connell, a descendant of the Irish, and moved to New Mexico. However, it was later confirmed that the Annie Moore in Texas was American-born, from Illinois.