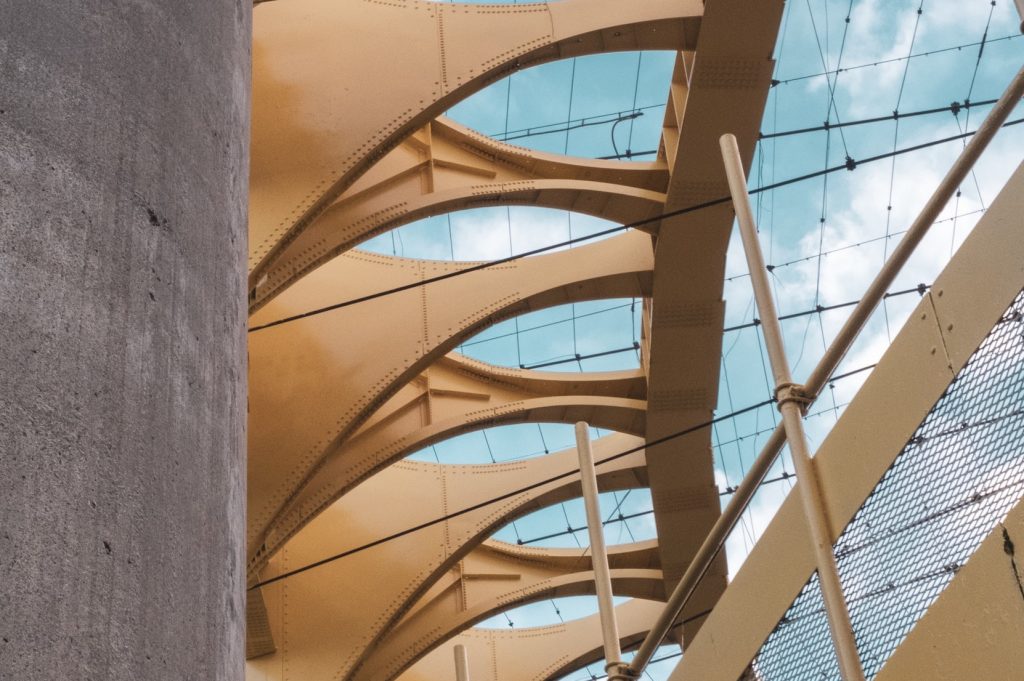 New York City is a backdrop for many movies and TV shows, and park scenes have been a film favorite. While Central Park often gets A-list status, Flushing Meadows Corona Park in Queens has quite the IMDB list of appearances, too.

Here is where you might have seen this public park on your screen.

This film franchise about dark-suited secret agents who protect Earth from extraterrestrials had Will Smith (Agent J) and Tommy Lee Jones (Agent K) using their blasters to blow a UFO out of the sky in the first movie in this series.

At the film’s finale, after being shot down, the spaceship seemingly smashes right through the Unisphere, a fixture in Flushing Meadows Corona Park that was commissioned for the 1964-65 World’s Fair.

Also in the first “Men In Black,” a second carryover from that World’s Fair in the park is featured. The remaining Observation Towers of the New York State Pavilion look like flying saucers, and the film’s script has them portrayed as real alien UFOs that are being used as a cover to disguise their appearance.

“Men in Black III,” the third film in the franchise, which travels back in time to the year 1969, also returns to Flushing Meadows Corona Park. A younger Agent K (played by Josh Brolin) and Agent J (still Will Smith) head to a World Series game at Shea Stadium in Flushing Meadows Corona Park. Shea Stadium was demolished in 2009 but today Citi Field, where the New York Mets play their at-home games, stands within the park. In this scene, you’ll also see agents J and K give chase on bikes through the park and past the Unisphere.

Other Movie Scenes from Shea Stadium

Before it was demolished, Shea Stadium appeared in a number of films:

Its successor, Citi Field, has appeared on the TV shows “CSI: NY” and “Billions.”

Along with serving as a film setting, Shea Stadium has been the subject of documentaries. These include the “1986 World Series,” which highlight the — spoiler alert — MLB season-winning New York Mets versus the Boston Red Sox.

“The Beatles at Shea Stadium” shows the Fab Four’s famous concert there in August 1965. Then “The Last Play at Shea” focuses on two of Billy Joel’s 2008 concerts of the same name at the stadium; they were said to be the last performances held there before its demolition.

Also a carryover from the 1964 New York World’s Fair, this architectural model is a marvel to look at. It’s a miniature version of the city’s topography that’s graced with 895,000 buildings in all five boroughs, including replicas of the Empire State Building and the Statue of Liberty plus bridges and other fixtures.

The 2011 romantic comedy with a crème de la crème cast has Michelle Pfeiffer (Ingrid) also visiting the Panorama. She is brought to the Queens Museum by Zac Efron (Paul) as a stop on a “Resolution Tour.”

This thriller opens with the Unisphere fading in on a rather foreboding red orb. Michael Douglas rides a motorcycle off into the distance (toward the Unisphere) as Gregg Allman croons in the background. Gotta love the 80s.

This drama starring Ryan Gosling has a scene involving a class field trip to the park’s New York Hall of Science. The museum, often called the NYSCI, was also built for the 1964-65 New York World’s Fair.

On television, fans of the hit series have seen the park in the show’s intro, where the fictional couple Doug (Kevin James) and Carrie (Leah Remini) lay on the grass at Flushing Meadows Corona Park with the Unisphere in the background.

The Unisphere has made a cameo in other TV shows as well.

Bonus: The Great Gatsby and Tomorrowland

The 1925 classic novel, “The Great Gatsby,” references what Flushing Meadows Corona Park was like before it became the park we know today. While it wasn’t filmed there, the 2013 film also includes a mention of this place.

For those who don’t know, in the 1920s, the area was known as the Corona Ash Dump as its grounds were used by the Brooklyn Ash Removal Company for storing the daily deposits of ashy remains from coal-burning fires and other waste. In his famous novel, F. Scott Fitzgerald refers to it as a “valley of ashes.” One scene in the Baz Luhrmann movie starring Leonardo DiCaprio depicts this point in time.

Similarly, the 2015 sci-fi film “Tomorrowland” wasn’t filmed at Flushing Meadows Corona Park, but it nevertheless gets a cameo. The “Tomorrowland” crew took several photos on-site to use in the background images of the movie.

Visit Flushing Meadows Corona Park and you’ll understand why it’s appeared so often on the silver screen and the small screen.

We love it so much we’ll take you there ourselves. Join an NYC local to see New York beyond Manhattan. Queens is an absolute must!

The 8 Best Parks in NYC (Besides Central Park)

Sure, New York City is an urban landscape with skyscrapers and big-city lights, but we’ve got plenty of parks, too — and I mean besides Central Park. In…

From Coney Island and Bushwick to Park Slope, Flatbush, and Crown Heights, there’s so much more to Brooklyn than a bridge. “Breukelen” was a Dutch farming village established…