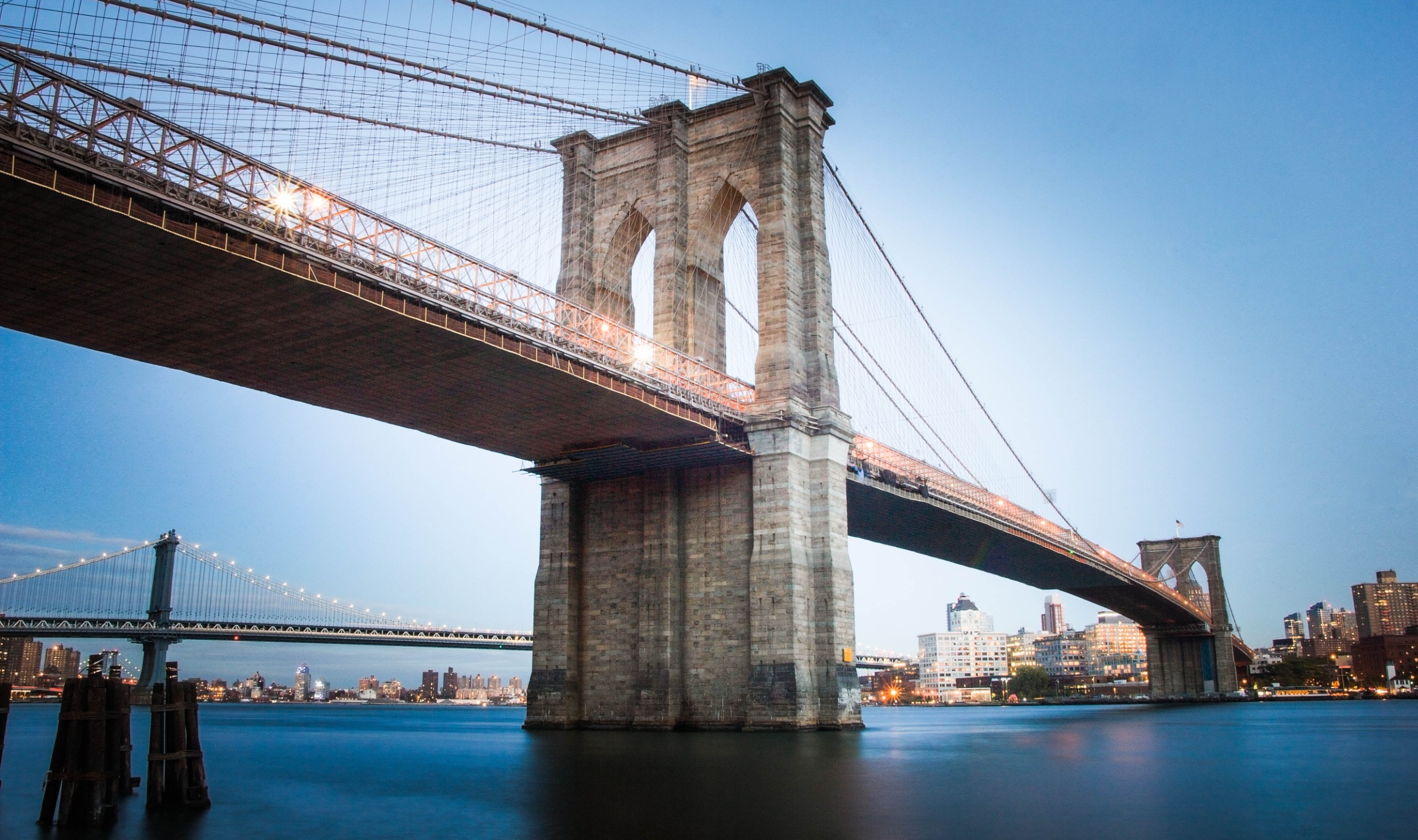 The Brooklyn Bridge has captivated New Yorkers and out-of-towners alike for more than 100 years. What began as a novel idea to invent an entirely new style of bridge technology has evolved into one of the most popular sites in New York City.

Because it’s open to cars, bikes, and pedestrians, the Brooklyn Bridge has become a favorite destination for locals and tourists who want to marvel at views of the skyline while also experiencing a little NYC history firsthand.

In this article, I’ll tell you how the bridge was built and what makes it unique. I’ll also cover what to see and do when you visit the Brooklyn Bridge, just another incredible free attraction here in New York City. 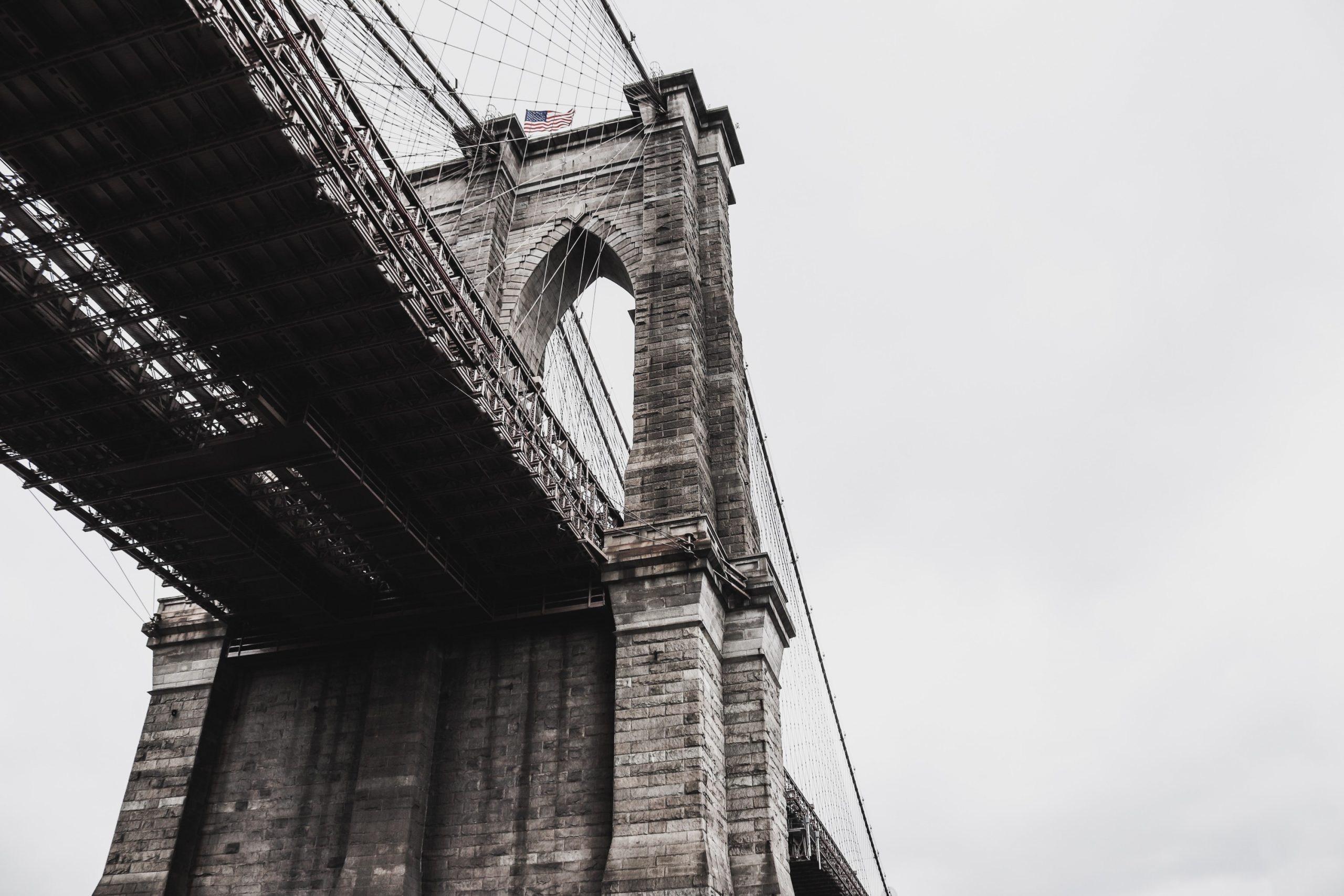 The first time I walked the Brooklyn Bridge, I couldn’t help but feel like New York City was the place I was supposed to be. From the middle of the bridge I could see four of the five boroughs, from the skyscrapers that border Central Park in Manhattan to the ferry on its way out to Staten Island. Cars were driving on the Brooklyn-Queens Expressway and helicopters were flying overhead — the whole city felt like one big connected metropolis.

But the New York City of today is a far cry from the New York City of the 1800s. Originally, the port that occupied the Brooklyn Bridge section of the East River was used for trade, and ferries would transport goods in and out of Manhattan island. Though it’s hard to imagine now, there was no way to cross the river without taking a boat.

Brooklyn, across the East River from Manhattan, was incorporated as a separate city back then. (If that was still the case today, it would actually be the fourth-largest city in America). Connecting the two boroughs must have seemed like such a remote possibility given all of the technological limitations of the time. Brooklyn was literally mostly sheep farms. No one knew how to build a bridge that would span the 1,500 feet of the East River — it had never been done.

But this is New York, and we needed easier routes for travel and transporting goods. Something was going to have to change. 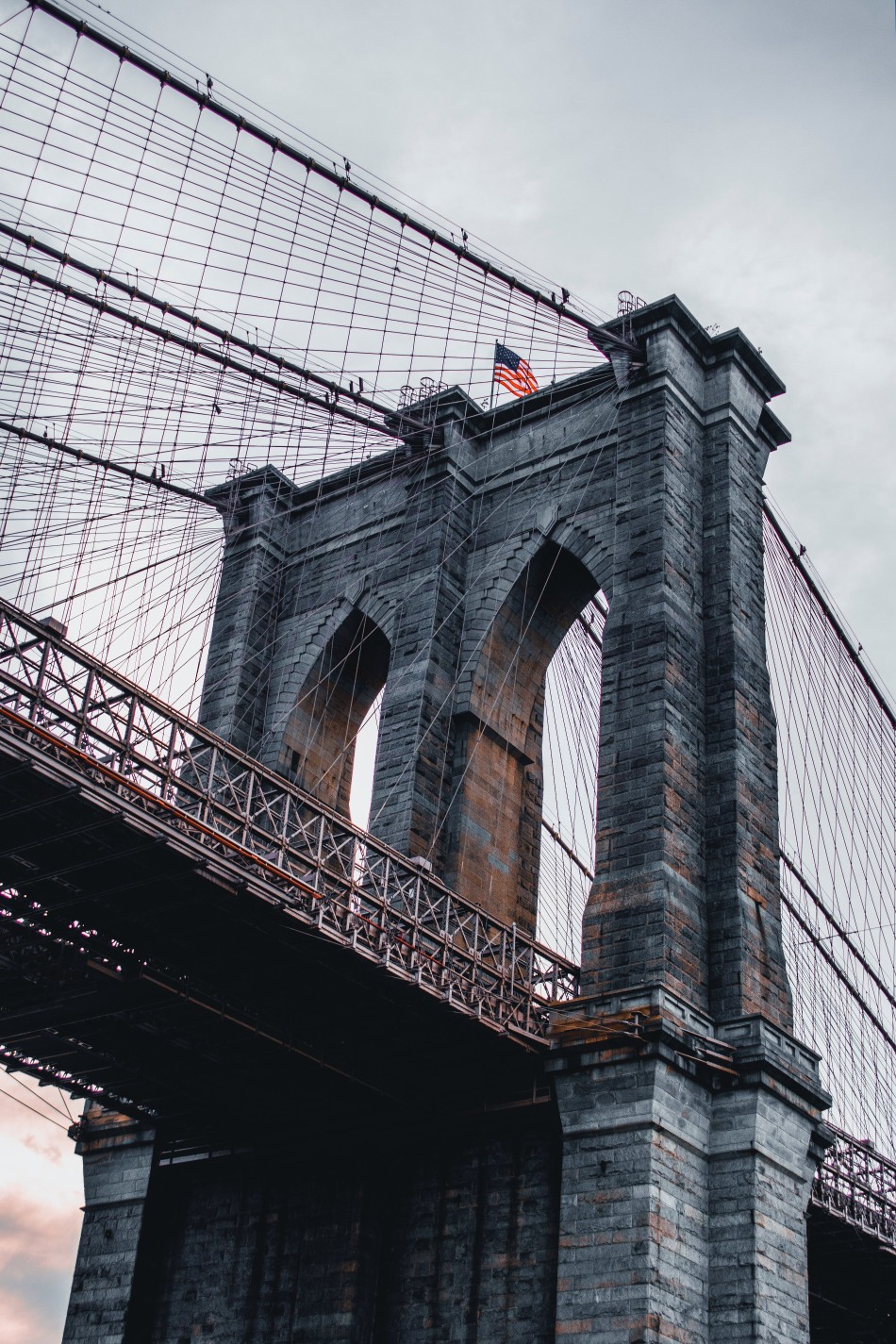 The change in transportation technology wouldn’t come until the 1850s. A German immigrant named John Roebling had a brilliant idea: build a bridge, but build it really tall and really long, using braided steel cables to support the weight. This was a completely new technology, but it worked, and the Brooklyn Bridge became the longest suspension bridge in the world at the time. Not only did the technology allow the Brooklyn Bridge to successfully span the river, but it’s also what made early elevators possible, leading to modern skyscrapers.

The bridge was completed in 1883, but sadly John Roebling passed away during its construction and never saw the finished product.

Your Visit to the Brooklyn Bridge: What You’ll See 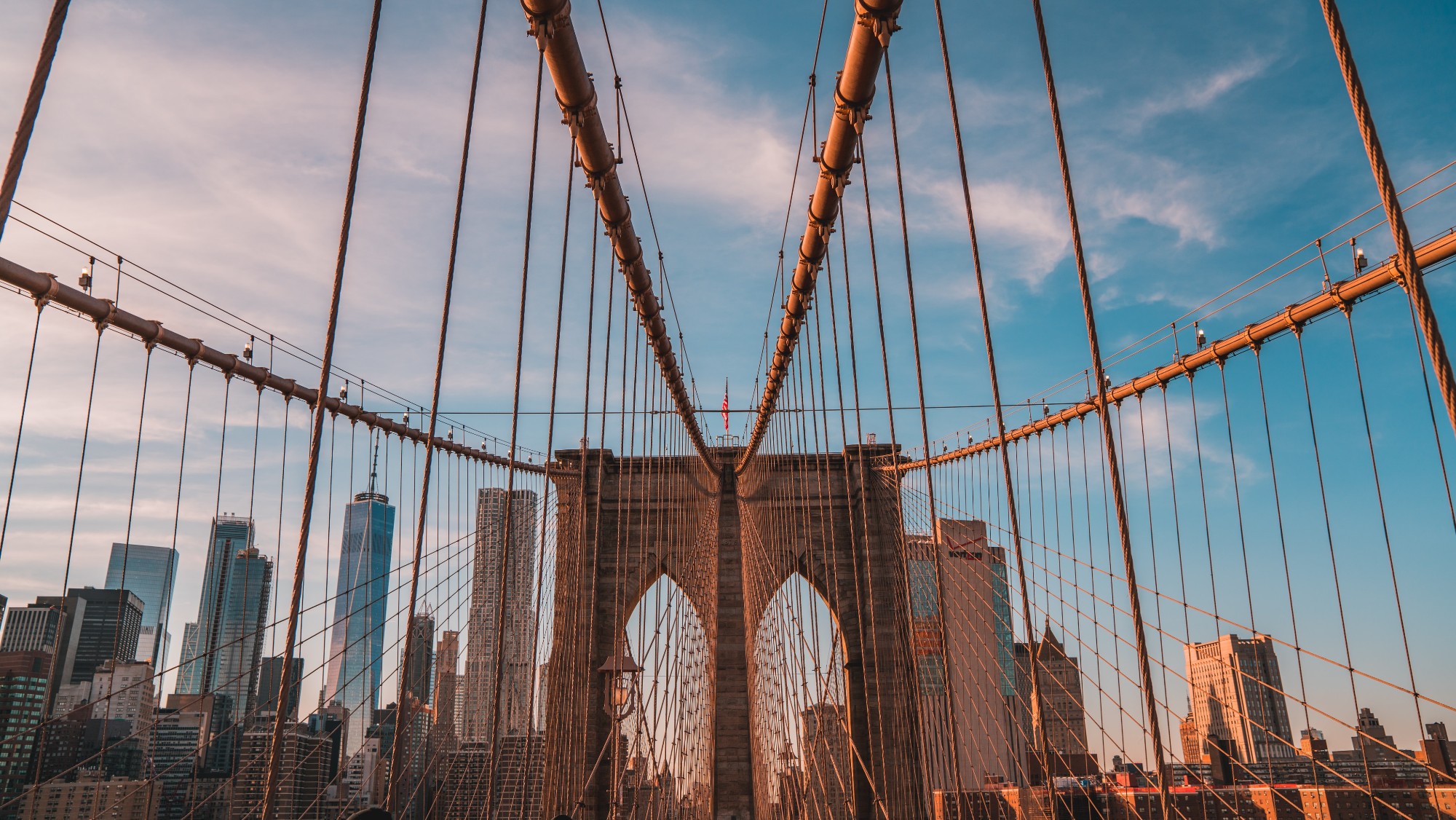 A trip to the Brooklyn Bridge is one of the best ways to see New York Harbor and the skylines of lower Manhattan and downtown Brooklyn. It’s usually one of my first stops whenever I have friends or family visiting from out of town. At around 130 feet tall, it towers above the surrounding landscapes, offering unbeatable views all the way to Staten Island and the Verrazzano-Narrows Bridge.

Look closely and you’ll be able to see the Statue of Liberty and Ellis Island, with Jersey City, New Jersey serving as a scenic backdrop. A quick glance north will also offer views of the Manhattan Bridge, the Williamsburg Bridge, and parts of Greenpoint and Queens neighborhoods.

What to Do (and Eat) Nearby 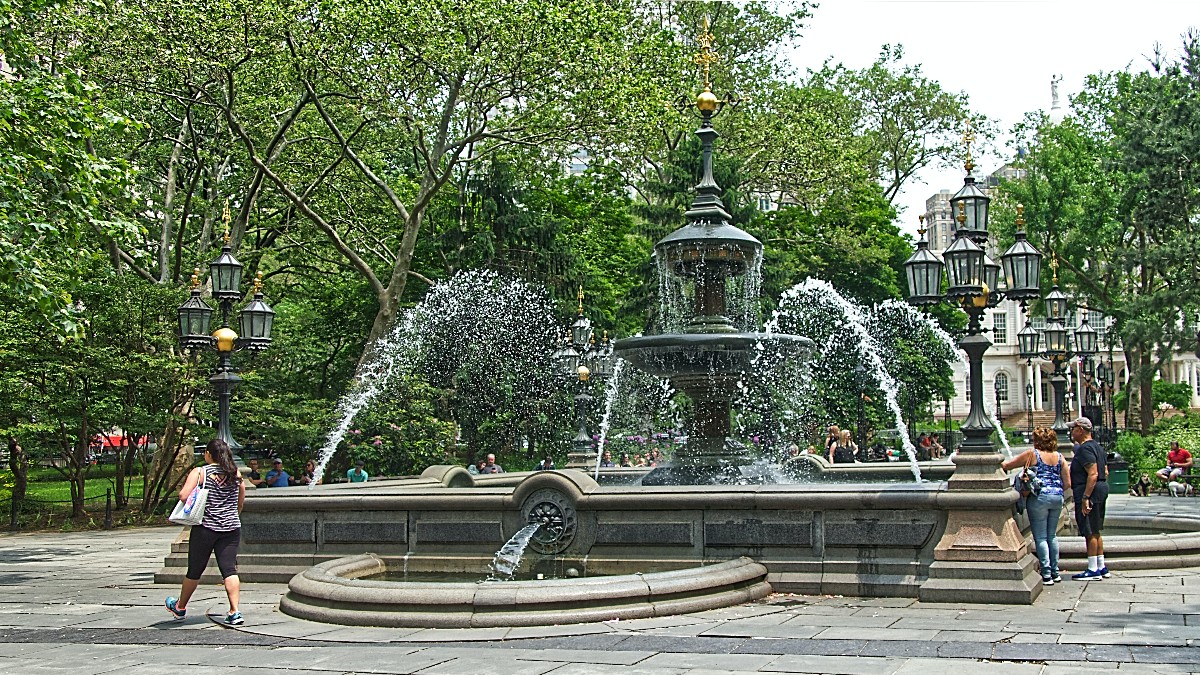 No matter which side you choose to start your journey, you’ll notice plenty of activity at either end of the Brooklyn Bridge.

On the Manhattan side, City Hall greets travelers with a park that features a majestic fountain surrounded by manicured trees and flower beds. You’ll also probably notice street performers dancing and occasionally somersaulting around groups of tourists, especially in the warmer months.

The Brooklyn side of the bridge offers a variety of entertainment options, especially if you’re hungry. Gimaldi’s Pizza, a classic among the New York pizza-obsessed, sits at the base. Pizza in NYC has sparked some intense debates, but Grimaldi’s is personally one of my absolute favorites. Around the corner you can also swing into Shake Shack, which Grub Street named the best burger in NYC.

Hanging Out in Brooklyn Bridge Park 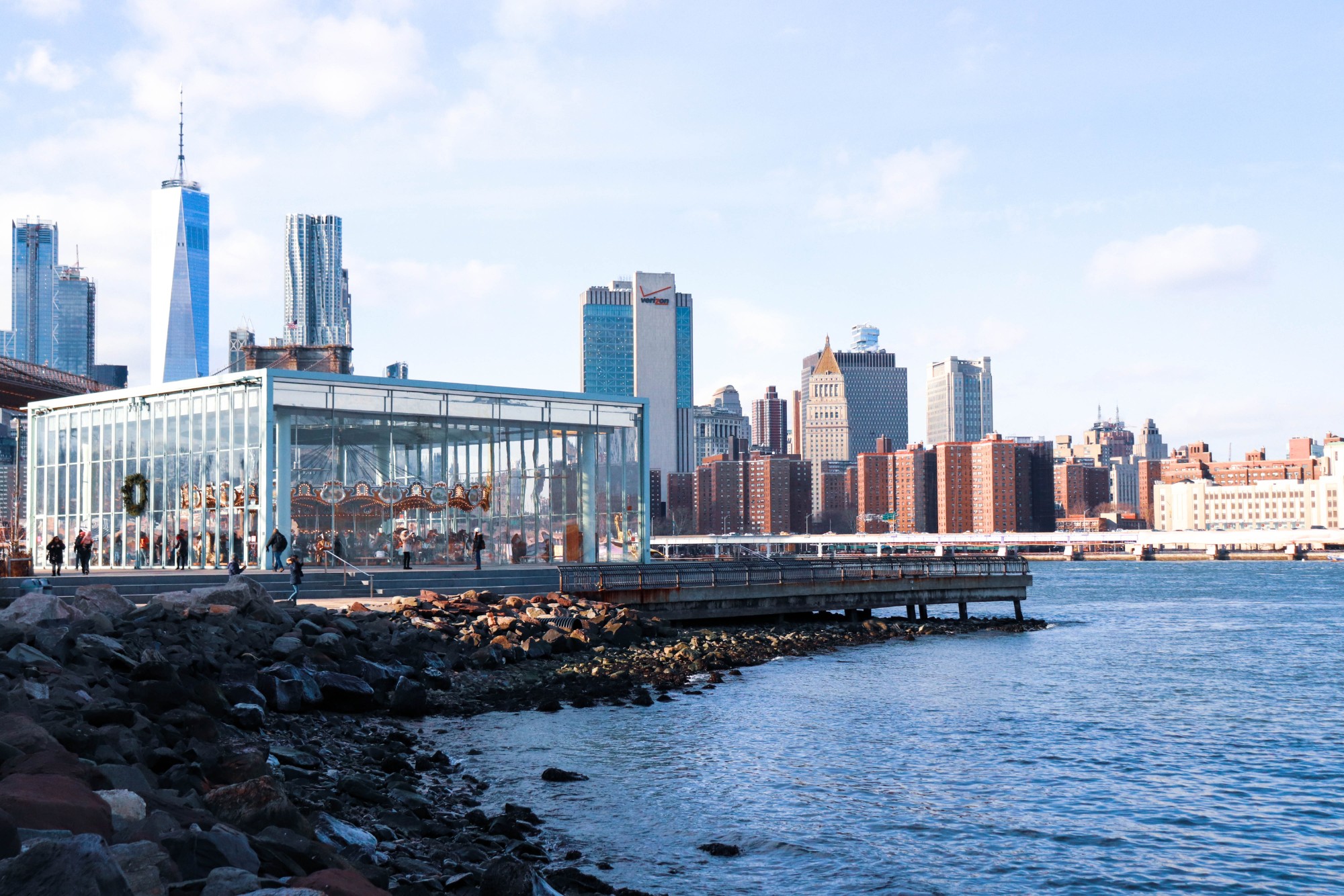 In many ways, the Brooklyn Bridge’s story is still being written. Not only does the city periodically upgrade it with pedestrians in mind, they even added a new park in 2010.

To make your trip to the Brooklyn Bridge ultra family-friendly, visit Brooklyn Bridge Park. Featuring a greenway and piers that extend out into the East River, it’s a scenic place for a picnic or just to relax at a slower pace in the midst of the city.

All You Need to Know for Your Brooklyn Bridge Visit 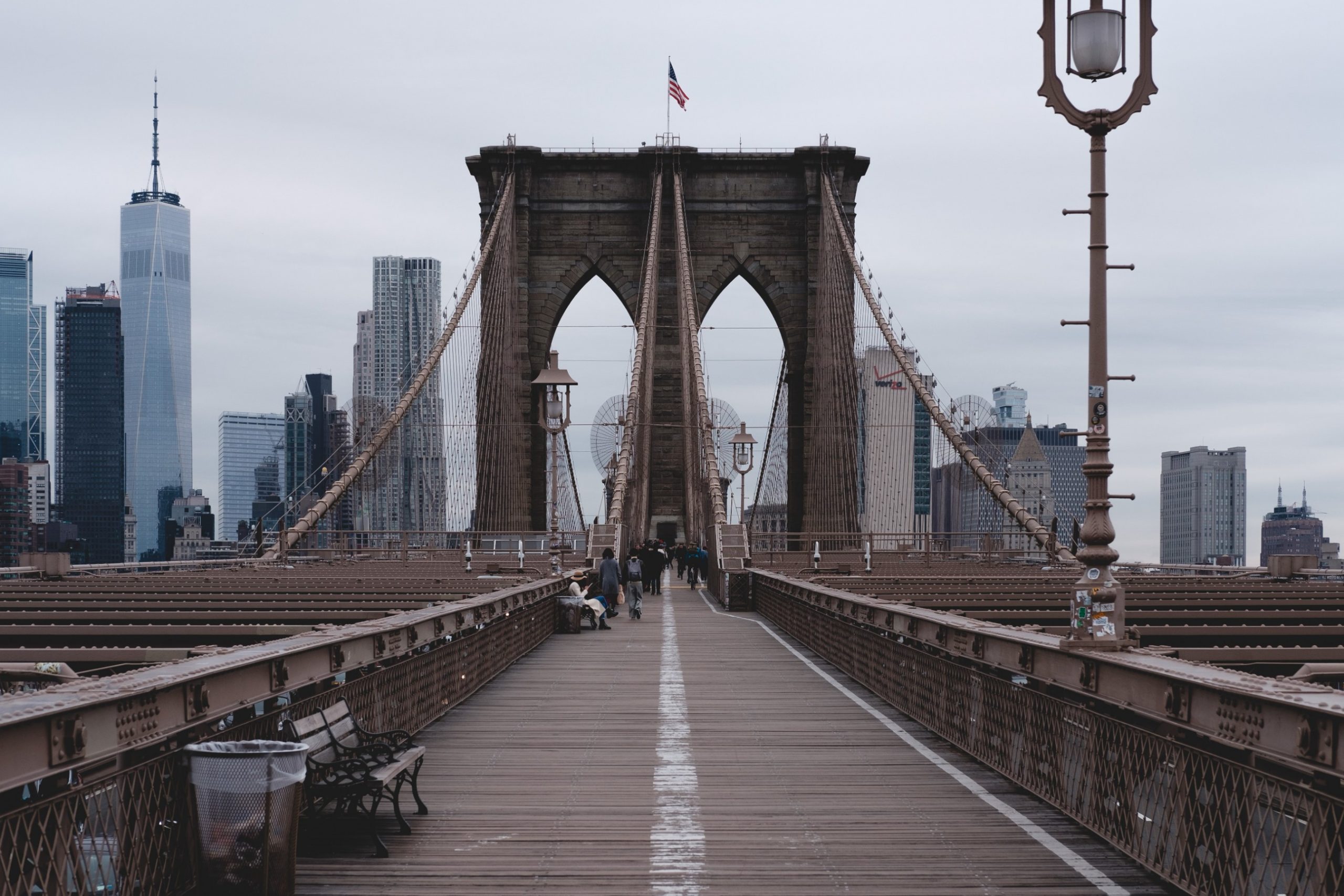 How long does it take to walk the Brooklyn Bridge?

Although the Brooklyn Bridge only spans about 1,500 feet of the East River, it’s actually more than 6,000 feet long since sizable chunks of the bridge’s on-ramps cover portions of the land on Manhattan and Brooklyn. As it’s more than a mile and usually fairly crowded with pedestrians, try to allow an hour to cross.

Whether you start in Manhattan and walk to Brooklyn or vice versa, you’ll want to allow time to stop and take photos or even sit at one of the benches along the way and just enjoy the breeze (assuming it’s a nice day).

How much does it cost to go across the Brooklyn Bridge?

It’s completely free! Along with Central Park and the Staten Island Ferry, it’s one of my favorite free things to do in New York City. You might want to bring some money, though, just in case you want pizza or burgers on the Brooklyn Side.

When a Mile Becomes a Memory 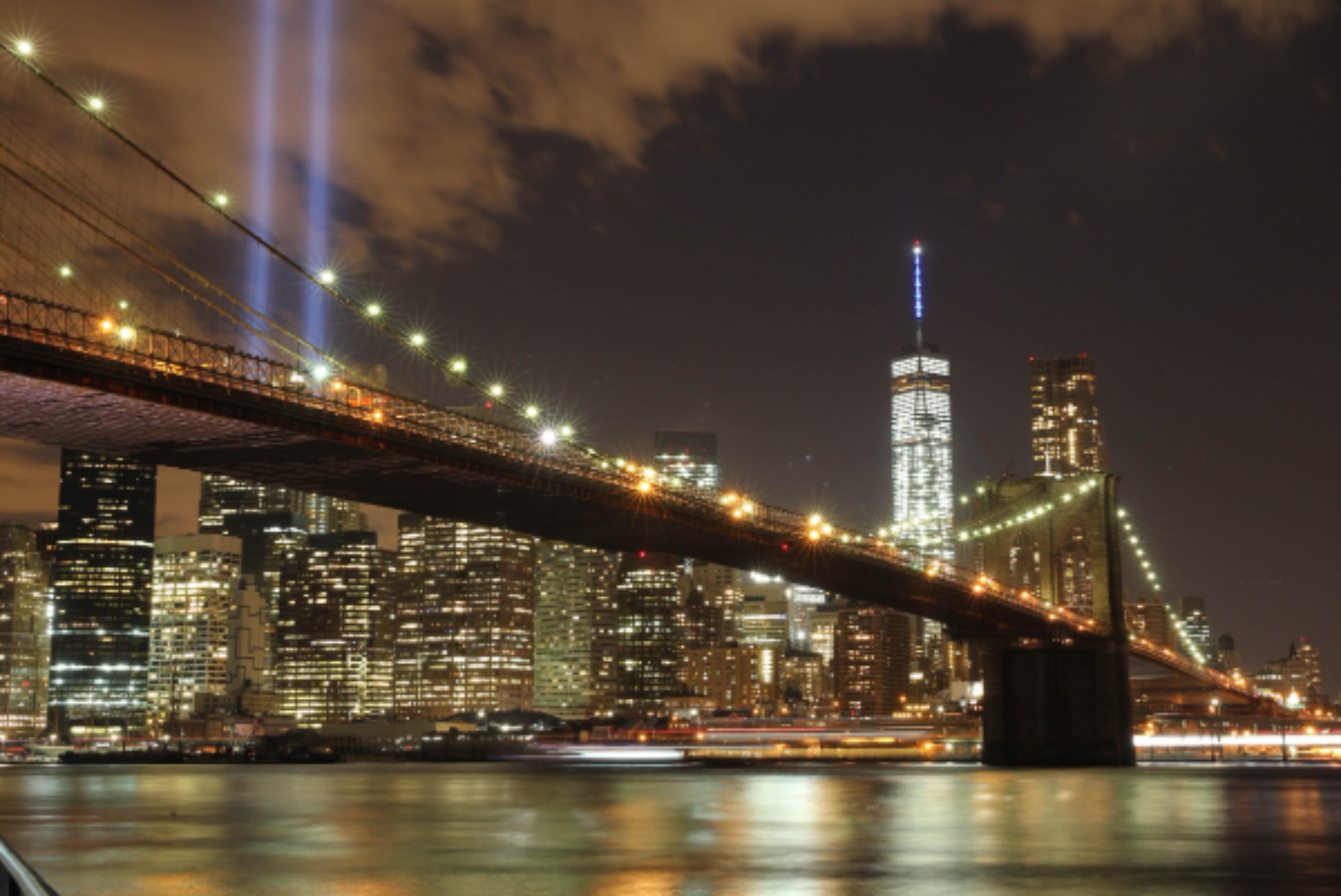 The Brooklyn Bridge helped make New York City what it is today. Shortly after its completion, Brooklyn would join with Manhattan, Queens, The Bronx, and Staten Island to form the city as we know it. Thousands of travelers cross beneath its braided cables every day, cementing the legacy of John Roebling and the early geniuses that made it possible.