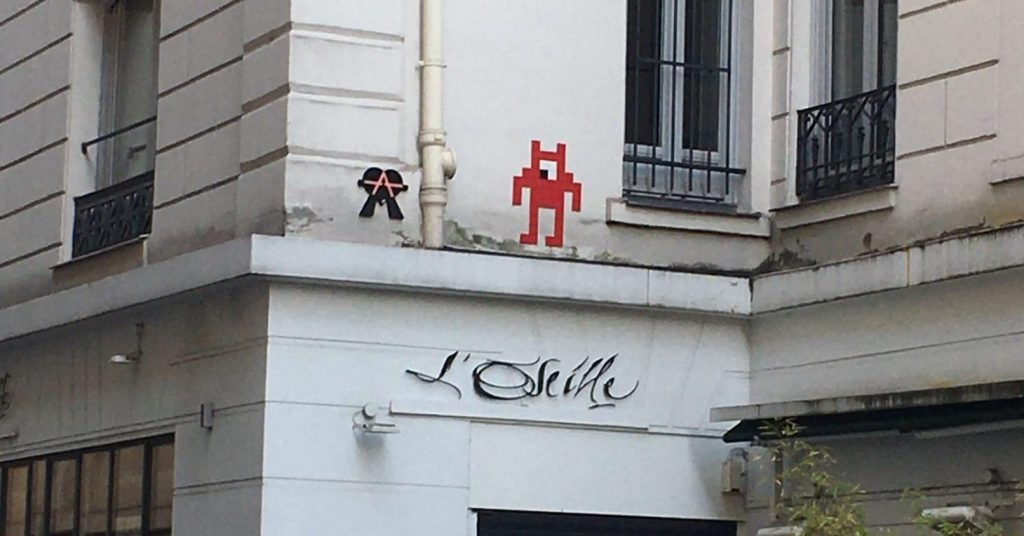 So, you’ve walked along the streets of Paris and everything is as you’ve imagined, except for the random space alien mosaics that appear on every street corner. You might find yourself with some questions. What are these symbolic characters? And who put them here, in one of the world’s most historic and beautiful cities?

Meet “Invader,” one of Paris’ most prominent street artists, who is known for these tile mosaic renderings of space aliens and video game-like caricatures. The art pieces are based on the pixelated 8-bit video games of the 70s and 80s and don’t only appear in Paris, but in over 65 other cities spanning 33 countries, from Los Angeles to Hong Kong. The artist uses a strict color palette consisting of only six colors, similar to those of a Rubik’s Cube. With these “Space Invaders,” the artist is showing how — much like those video games from the 70s and 80s — each character can be produced with one pixel or, in this case, one artistic square. It’s just another example of intriguing street art in Paris.

Invader has published books and maps to guide viewers to his mosaics, one of which is an app using QR codes that rewards points for each “Space Invader” found around the city.

These little invasions around the city may seem random, but none of the mosaics were installed by chance. All have been approved by property owners and complement the aesthetic or other strategic criteria of that area and is designed and installed to draw in tourists and surprise pedestrians.

On your next trip to Paris, make sure to keep your eyes peeled for these creations and maybe even participate in a Space Invader scavenger hunt. Let us know what you find!