The Sixth Floor Museum in Dallas: What to See, Do, and Learn 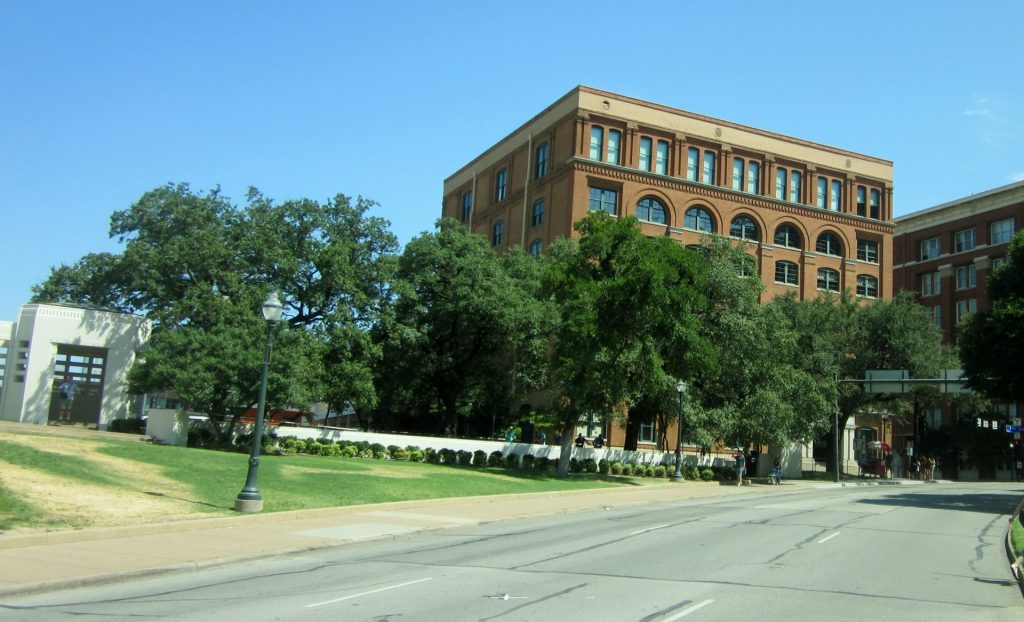 A former school textbooks warehouse might not be the first thing you think of when exploring the sprawling city of Dallas, Texas. But this isn’t just any warehouse.

The Sixth Floor Museum at Dealey Plaza preserves a portion of America’s past. It lets you question, explore and better understand what happened here Nov. 22, 1963 — the day President John F. Kennedy was shot.

Rich in the context and culture of the 1960s, the museum is great for history buffs, families or anyone curious about this dramatic moment from America’s past. Take a look. The collection that curators have gathered about the JFK assassination will impress you.

Here’s what to see in the Sixth Floor Museum collection.

The Sixth Floor Museum collection features a wealth of multimedia experiences covering the events of that fateful day in 1963 when JFK was assassinated in Dallas.

To begin with, you’ll see a timeline of events that set the stage for the story to unfold. The collection investigates the facts as well as human perspectives on the drama by introducing you to the individuals who figure into the story. It even delves into the conspiracy theories that surround this assassination still today.

Personally, I loved the timeline and how it gives you the big picture leading up to and following the assassination. The story doesn’t start with a shot. You’ll learn when the presidential motorcade arrived, where they stayed, and where they ate. It goes into great detail about the shooting itself as well as the happenings related to the alleged perpetrator, Lee Harvey Oswald.

One great part of this museum is that you can draw your own interpretation from the information provided. For example, there’s an interactive map for visitors to study that leads you through the exact route taken by the presidential motorcade.

You can dig deeper with film footage, photographs, and interviews from people who saw the motorcade passing. An interactive touch-screen that overlooks Dealey Plaza recreates each point along the route, detailing the events, eyewitnesses and more.

The Shooting: Here’s What Really Happened — They Think.

As you’ll learn in the museum, it all started with the motorcade, beginning from Dallas Love Field after Air Force One arrived and making its way through Dallas. The route started north of the city and passed through downtown, turning off Main Street onto Houston Street for one block. It then turned left onto Elm Street and headed towards the underpass and freeway.

The shots were fired on Elm Street, where most witnesses state they heard three loud shots ring out. Many eyewitnesses thought the shots came from the “grassy knoll,” which is an area on a hill on the north side of Elm Street. Lee Harvey Oswald was arrested as the assassin, believed to have shot the president from a window of the sixth floor of the Texas School Book Depository building.

And the museum puts you right in the middle of all this action.

One exhibit was carefully recreated based on the crime scene photographs. It shows where the three bullet shells were discovered on a “sniper’s perch” in the southeast corner of the sixth floor. You can also see a Mannlicher-Carcano rifle on display, a replica of the one found by investigators, which presumably was used to shoot Kennedy.

There’s a film, too.

Take a break from touring the exhibits and watch a movie — a really, really short one, though. This 26.6-second film is a frame-by-frame silent video of the assassination of JFK. It was filmed by Abraham Zapruder, co-owner of a dress manufacturing company across the street from Dealey Plaza.

He filmed the presidential limousine as it turned the corner onto Elm Street. As far as we know, he was the only person to capture the entire scene on film, though there were photographers who caught stills of the event from different angles.

Zapruder sold the film to Life magazine. Think of it this way — it might be the most studied home-movie in history. Apparently, Zapruder was horrified by the event he witnessed and captured. He rarely gave interviews about the video and vehemently guarded his private life against reporters.

We almost didn’t have a Sixth Floor Museum.

The Sixth Floor Museum opened up its doors on President’s Day in 1989. It had a fraught history to get here. In the 1970s, Dallas citizens wanted to demolish the Texas Book Depository building. Then the structure suffered arson in the ’80s.

However, since the building was already getting visits from so many tourists, officials finally decided to create a museum for them — or anyone — to learn more about this fateful day.

As you might expect, it’s on the sixth floor. Two areas of the floor were restored to how they looked in 1963. You can even see the window, still intact, where the shots were fired that killed JFK. In 2002, the museum expanded to include a gallery on the seventh floor with additional space for events, artifacts and exhibits.

Here are a few answers to questions you might have as you plan your visit to the Sixth Floor Museum.

How long does it take to go through the Sixth Floor Museum?

It takes about 90 minutes from start to finish. You’ll want to allow time for all the interactive exhibits and listening to the entire audio collection. However, if you want to walk along Elm Street where the motorcade passed and explore some of the surrounding area — and you should — you might take longer. A guide can help you navigate to the right historic spots both within the building and outside (and help you find AC, because let’s be real: This is Texas).

Is this attraction good for families?

Yes, it’s great for families. For kids, the best ages might be those 10 and older. It’s not a “scary” museum, by any means, but students in middle school and even high school will better be able to understand the history here. I noticed kids seemed to like the touch-screen interaction the most.

What is Dealey Plaza?

Dealey Plaza is a plaza on the west end of downtown Dallas where the Sixth Floor Museum is now located. The site has been called the “birthplace of Dallas” or the “front door of Dallas” and dates back to the 1840s. It was later named in honor of George Dealey, publisher of the “Dallas Morning News,” who helped revitalize this area.

What can you see and do nearby?

From the sixth floor window, you can look outside and see the infamous grassy knoll, where some people theorize a second gunman fired a shot at JFK. Just two blocks east of the museum, you can also visit a memorial dedicated to Kennedy in 1970. A couple miles southwest of the museum, you’ll find the Oswald Rooming House Museum, where you can talk with the proprietor who actually met Oswald while he boarded there, and the Texas Theater, where he was eventually captured.

If you get hungry, I recommend grabbing a bite at Record Grill on Elms Street or Cindi’s NY Deli on Houston Street. There’s also a great place to enjoy drinks with a speakeasy vibe called 3Eleven Kitchen & Cocktails.

Worth the Visit? Absolutely.

The Sixth Floor Museum at Dealey Plaza is the most in-depth and interactive interpretation available for what happened in November of 1963. It brings the story to life in its many different forms and perspectives.

Though it may be a darker part of Dallas’s past, it’s not a piece we can ignore. So carve out an hour or two in your schedule to visit this historic site. Spend some time exploring the rest of the area, too. It’s a must for your trip to “the Big D.”