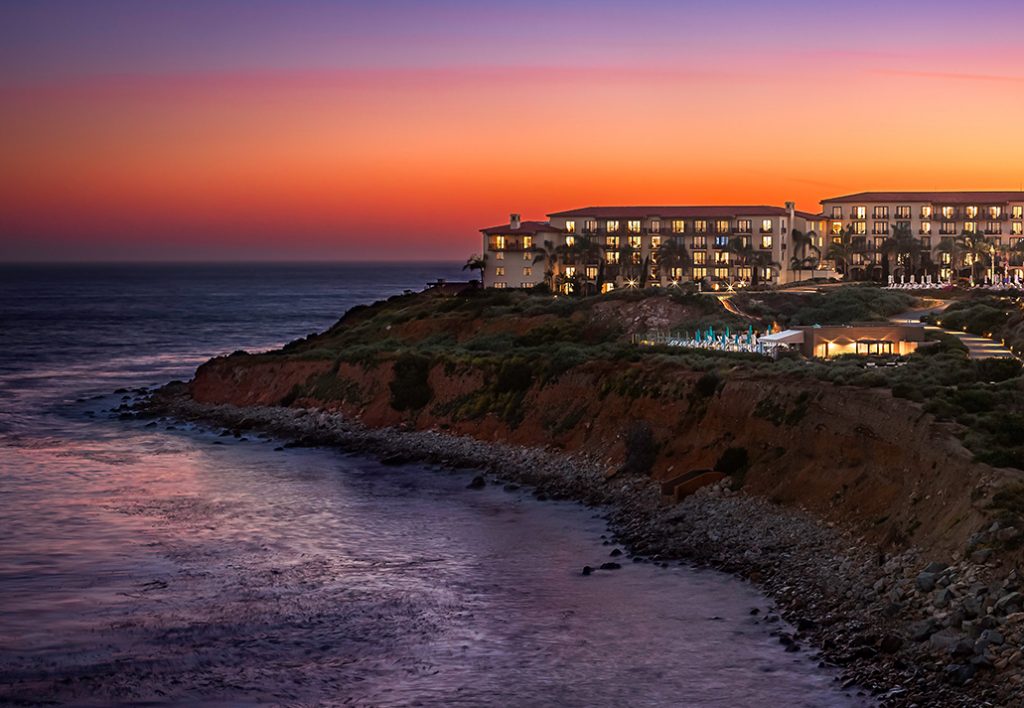 The Greater LA area offers a plethora of incredible viewpoints to catch a spectacular SoCal sunset, but urban spatial restrictions combined with this densely populated region of people mean that few of them truly offer the seclusion and open space of an intimate sunset experience.

From Culver City and Hollywood to the South Bay and DTLA, here are seven under-the-radar spots in LA that you’ve probably not heard of where you can enjoy a spectacular sunset.

Located on the Palos Verdes Peninsula, Terranea Resort encompasses 102 acres of sprawling seaside grounds with unparalleled Pacific Ocean views. The grounds include more than two miles of coastal trails that line the clifftops of the resort — and sunset is the ideal time to take a walk or hike while the waves crash below.

If you’re not much of an outdoors enthusiast, check out the property’s on-site bar and lounge, The Lobby Bar & Terrace which signifies the end of each day at sundown by ringing special crystal singing bowls — an ancient ritual known for healing and relaxation through sound and vibration. Since Terranea faces south on the Palos Verdes Peninsula, you can actually see the sun rise and set from a single location — if you’re up for the challenge of getting up early and staying up late (at least in summer).

After the sun officially goes down and the colors of the coastal skyline fade, you can retreat to Nelson’s, the property’s on-site eatery, to hear the endless waves crash against the seaside cliffs while you enjoy a fireside cocktail.

Located between Manhattan Beach and Redondo Beach, Hermosa is on the southern end of the 22-mile Marvin Braude Bike Trail — also known as “The Strand” — a great place to bike or stroll along the sand.

During the day, you can check out the Hermosa Beach Pier to watch the surfers and SUPpers catch a wave. After the sun goes down, head over to a nearby restaurant such as Tower 12, right off the pier, for a brew or a bite to eat. You’ll get beautiful views of the sun dipping into the ocean on the restaurant’s second story deck and wraparound, outdoor balcony.

Echo Park is a neighborhood just outside of Downtown Los Angeles — it’s truly a hidden gem of culture, and home to many thriving artists, musicians, and writers.

Echo Park Lake and its perimeter walking path is the perfect spot for a romantic sunset picnic or gathering with friends, featuring incomparable views of the DTLA skyline (and free parking! — trust me, in LA this is huge).

Traditionally, you can pedal around the lake, avoiding the fountain in the middle, or stroll the perimeter of the water making sure to stop at the historic “Lady of the Lake” statue. Since you already have your camera to capture the sunset, here’s another photo opp. The statue was originally sculpted in the Art Deco style by Ada Mae Sharpless and gifted to the City of Los Angeles in 1935.

After pedaling up an appetite in the swan boats, check out the lake’s restored boathouse, Beacon Café, which offers drinks, pastries, and even avocado toasts for purchase.

You can choose to drive up to the top and pay $2 an hour to park while you visit the visitors center’s seasonal displays of native wildflowers, birding, and wildlife viewing. Exhibits tell stories of how this land, which had historically been drilled and exploited, has now become a symbol of restoration, conservation, and hope in the Greater LA region.

If you’re interested in getting your heart rate up, you can also park at the bottom of the hill and hike straight up the stairs (a well-known workout for Angeleno exercise enthusiasts) or hike up an adjacent trail which zigzags along the hillside to its peak.

Tip: If you want to get there in time for sunset, make sure to start at least an hour before sundown so that you can have enough time to enjoy the hike up.

Grand Park is a 12-acre outdoor space located in the heart of Downtown Los Angeles. It’s a hub of history, culture, and activism within the city. Directly connected to the artery of downtown LA transportation, Grand Avenue — and a stop on the LA Metro Red or Purple Line at Civic Center/Grand Park Station — Grand Park offers easy access to a plethora of open space. It’s also one of the prime local spots for friendly gatherings and sunset viewings.

There’s no shortage of spectacular viewpoints at Grand Park for you to celebrate a DTLA sunset.

The park is nestled between two architectural wonders — City Hall on one side and the Music Center on the other. At one end, there’s even a majestic, reconstructed 1960s-era fountain that was restored to shoot a 50-foot spray of water upward in the original fountain bowl.

The Topanga Lookout Trailhead is the start of a 2-mile out-and-back trail up on a saddle in the Santa Monica Mountains, 2,375 feet above the Pacific Ocean and just 3 miles off the Pacific Coast Highway in Malibu. You can check out the trail if you’d like, or you can just park the car near the trailhead for an idyllic place to watch the colors fade over the sea.

The sun will actually be setting in the valley behind you. This spot is so special, because you can watch the sun go down from the perspective of two different viewpoints on both sides of where you’re sitting. It’s the best of both worlds!

Lake Hollywood Park is about as close as you can get to the famed Hollywood sign — without making a ton of effort — and is therefore frequented by both locals and LA visitors alike.

The open, grassy park space is a great place to take photos of this iconic international landmark and spend some leisure time enjoying the consistently perfect Los Angeles weather.

Traveling with your pup? Four-legged friends are welcome here. Bring a picnic blanket and a tasty dinner spread or, better yet, an aesthetically pleasing charcuterie (very “Angeleno”) for maximum evening enjoyment.

LA might formally be known as home of the “stars,” but as you can see, it’s also home to some of the most picturesque and panoramic sundowns in the country. The destinations listed here are just a handful of lesser-known spots for you to experience the stunning colors of a classic LA sunset. As an LA local, I can tell you — whether it’s oceanside, mountainside, or park-side (or all three) you definitely won’t be disappointed.

Want more to do on your trip to Los Angeles? Read our latest posts for insider inspiration shared by LA travelers and locals.