The West Side Cowboys of Death Avenue

Strolling down the Meatpacking District’s chic sidewalks, it can be hard to imagine the rough and tumble history that gave name to this neighborhood. Once upon a time these streets were home to some of NYC’s most unexpected residents, the West Side Cowboys of Death Avenue. Despite the strange name, these urban buckaroos had an important job to do.

The story of the West Side Cowboys begins before the Civil War. In 1846 Cornelius Vanderbilt’s Hudson River Railroad negotiated with the city to run an at-grade, or street-level, artery down the west side of the city. The trains ran down 10th and 11th Avenues to the train yards, factories, and processing plants downtown.

Prior to the construction of the railroad, goods arrived via wagon or boat. New York’s population was exploding, and growing with it, the city’s needs for foodstuffs and goods. This route quickly became a critical part of feeding the city. 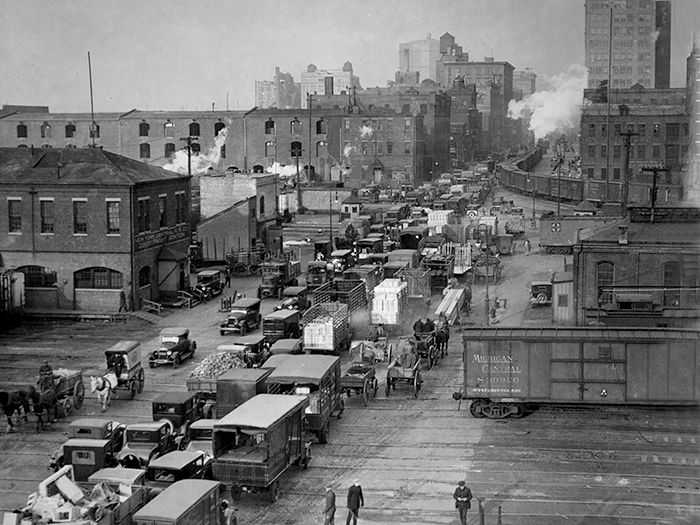 Unfortunately, the train also became a dangerous obstacle for the thousands of new residents. The tracks ran through traffic, causing a huge number of tragic injuries and deaths. 10th Avenue quickly became “Death Avenue” as the trains claimed more victims. Many, unfortunately, were young children playing on the rolling stock.

While more affluent areas of the city could afford to elevate or lower their lines, the West Side was the domain of the poor recent immigrants, and apparently warranted no such protections.

Enter the West Side Cowboys

Eager to alleviate the problem, Hudson River Rail hired a posse of horseback riders, equipped with bright red flags and lanterns. These men were tasked with leading the hulking trains through traffic, waving the flags to give warning to the impending crossing.

Perched on horses and dressed for driving cattle, these cowpokes created a very unusual spectacle. Recruited primarily from western ranches, the West Side Cowboys maintained their frontier sensibilities. Waving their banners while they trotted through crowded streets, the cowboys tried their best to protect the people of the Meatpacking District.

Unfortunately, their efforts were ultimately unsuccessful. Accidents continued, and more people met tragic ends beneath the trains. The final straw fell in 1908. That autumn, a young boy named Seth Low Hascamp died. The 7-year-old was playing atop the train when it lurched ahead, tossing him beneath the wheels.

His death was mourned by 500 of his fellow schoolchildren. Outraged by the lack of attention, a schoolchildren’s crusade marched on 10th avenue, demanding the end to this grisly situation. 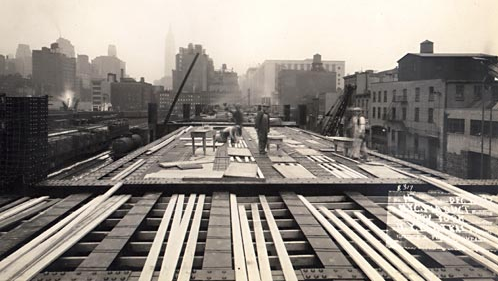 The city listened, albeit slowly, and 2 decades later, the High Line opened well above street level. In 1930, the mayor pulled up the first spikes of the 10th avenue at-grade. The last of the West Side Cowboys lead his last train in 1941. George Hayde and his horse, Cyclone, lead a shipment of oranges into the city. And with that, the West Side Cowboys rode off into the sunset. 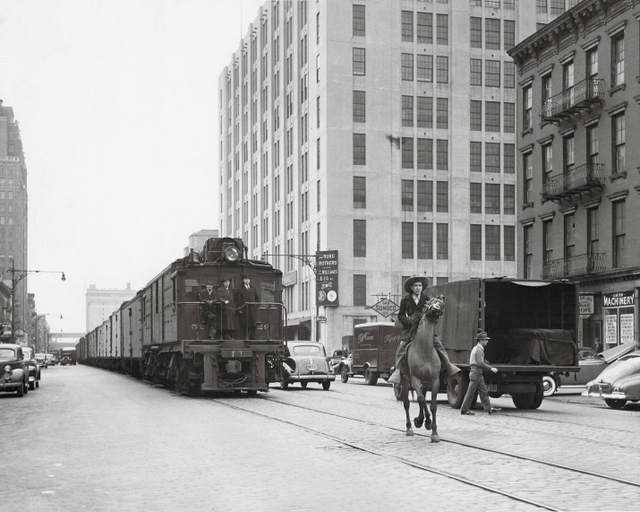 Over the next 50 years, train traffic into the city would decline as trucks took over. Finally abandoned in 1980, the High Line degraded into an urban grassland. Mayor Rudy Giuliani slated the trestle for demolition in the 1990’s.

Thankfully, the structure was rescued by the Friends of the High Line, a nonprofit seeking to reinvent the structure. Their success lead to the creation of one of the world’s most unusual public parks, and a wonderful way to explore NYC. Come see this unique park in the sky on our walking tour.

In the meantime, check out this rare video of the West Side Cowboys in action.