How San Antonio Missions Changed the History of South Texas 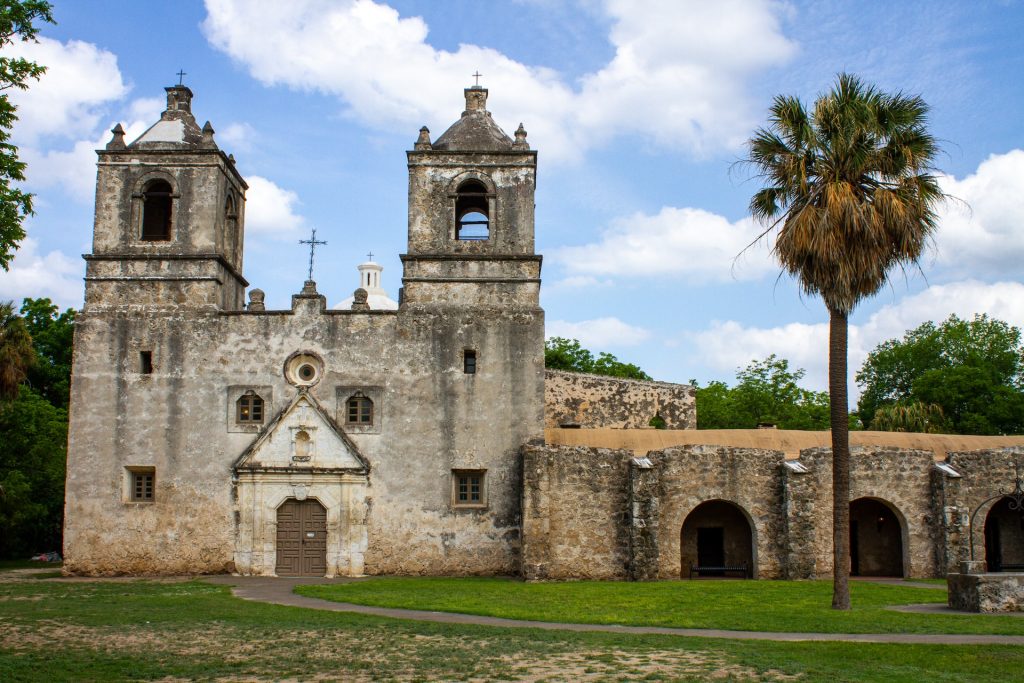 Have you heard of the San Antonio Missions? No, I’m not talking about the Minor League Baseball Team based out of San Antonio. These are the original missions that led to the founding of San Antonio — that and a lot more here in South Texas, as you’ll see below.

The San Antonio Missions are a World Heritage Site located in and near San Antonio, Texas. These outposts were established by Catholic missionaries to spread Christianity among the locals. These missions formed part of a colonization system that stretched across the Spanish Southwest in the 17th, 18th, and 19th centuries.

The Alamo’s role in Texas

Probably the most famous Mission in San Antonio is Misión de Álamo, more commonly known as the Alamo.

This Mission is well known in history for the Battle of the Alamo where a Mexican force numbering in the thousands and led by General Antonio Lopez de Santa Anna began a siege of the fort. The Alamo’s 200 defenders held out for 13 days before the Mexican forces finally overpowered them.

The Battle of the Alamo became a symbol for Texas’s struggle for independence, which they won later that year.

But the Alamo is just one of many Missions along the San Antonio River.

Before Spain colonized Texas, hundreds of small Native bands lived in South Texas lands for thousands of years. The culturally diverse groups of Indegenous people that lived on these lands are often now referred to as the Coahuiltecan. This name was given to them by the Spanish based on the geographical region they inhabited, Coahuila y Tejas.

Taste your way through San Antonio

Beginning in 1718, five mission communities formed along the San Antonio River. They needed the river to irrigate the crops and often had to build intricate canals to get the water where it needed to go. Some of these canals are up to four miles long!

These missions were at the northern frontier of New Spain, a territory of the Spanish empire. These Spanish colonial missions transformed local ways of life by introducing a new religion (Catholicism), farming, and settling communities.

These five missions still exist today and are well worth a visit.

Life inside the walls of the mission

Mission structures housed entire communities along the San Antonio River. Living quarters were built inside the missions, against the compound walls for the Indigenous tribes and one or two Spanish soldiers. See a glimpse inside in the photo of the Mission San José above.

Every mission, of course, contained a church, which was the focal point of the mission life.

Outside the walls were the croplands and ranches, and the danger of competing groups. Often, what people call the Alamo is actually the Chapel of the Alamo — it’s just that the outside walls of the mission no longer exist.

See below for another photo of the Mission San José. This shows the mission’s church inside the outer mission walls.

These missions changed the shape of San Antonio as we know it today in more ways than one.

The Native people who lived in them lost elements of their languages and religions — a sad truth resulting from the area’s colonization. Today, descendents of the Indigenous people who helped build these missions, known as the American Indians in Texas at the Spanish Colonial Missions, or AIT-SCM, work to preserve Native traditions. At the Mission San José, you can see exhibits where the Native Americans lived and watch the park’s orientation film, “Gente de Razon: People of the Missions,” that tells their story.

The missions are also where the cattle culture of South Texas began. Spanish brought cattle to Texas ranches where they were tended by the Native Americans living at these missions.

Ultimately, Spanish, Native and American cultures merged to create the fusion that is South Texas today. At Mission Concepcion, one of the most intact of the mission churches, you’ll notice frescos that blend Indigenous and Catholic symbolism, but this fusion of cultures can be seen throughout the surrounding communities today — food, clothing, entertainment, and so many other aspects of day-to-day life.

Get to know historic San Antonio

If you want to learn more about San Antonio’s fascinating history — missions and more — join us for a tour. We’ll talk about how Franciscan missionaries established the first San Antonio mission way back in 1690, the towering Mission Espada shown above, and we’ll show you what Tex-Mex culture today looks and tastes like.

Join us for our Historic Downtown San Antonio Food and Culture Tour. We can’t wait to share the history, food, and traditions of San Antonio with you!