Best Places for Shopping in NYC 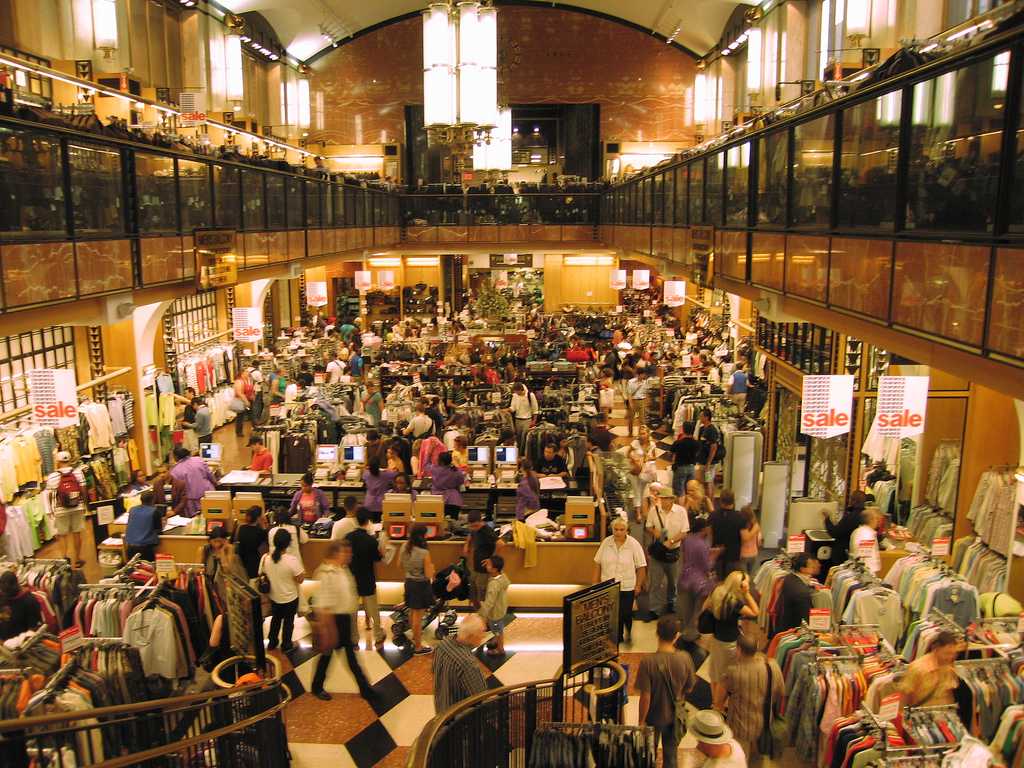 It’s no secret that New York City is one of the top fashion capitals of the world. For years, 5th Avenue has reflected that with its’ array of high-end and infamous storefronts, from Saks Fifth Avenue to TopShop to H&M. Today, the fashion world goes way beyond 5th Avenue. The Garment District is no longer the only hub of fashion, nor the only place for good shopping in the city. This guide will introduce you to some of the newer & lesser known, yet best places to shop in Manhattan.

What was once an artists’ haven has now morphed itself into essentially New York City’s outdoor mall. With the open layout and large windows of these former factory buildings, the shops in SoHo have more freedom and are less confined by the usual boundaries of cramped Manhattan realty. You will find shops of all kinds throughout the neighborhood, both in traditional spaces and even on street-corners as well. The most densely filled area is along Broadway. Starting at the intersection of Broadway and Houston, head south on Broadway until you hit the borders of Chinatown at Canal. Along the way you will see a catalog of different names: Hollister, American Eagle, H&M, Levi’s, Forever 21, Under Armour, Steve Madden, Uniqlo, Nike, GUESS, etc. Most stores you find will be more familiar, not necessarily the high fashion and expensive wear associated with 5th Avenue.

With multiple locations throughout the city, Century 21 has made a name for itself as the place to go for good deals and a wide selection. A hub for discount clothing, shoes, linens and much much more, there’s no real specialty to the store since they pretty much have everything. Most of the items you see are department-store designer leftovers, with deals usually ranging from 40-60% off. The most popular location is on Dey Street, situated practically next door to the 9/11 Memorial. Just make sure you leave enough time to visit without feeling rushed, the never ending racks and items can feel overwhelming, and you may find yourself so absorbed that you lose track of time. It’s also best to visit during the week, as the weekend tends to be more hectic.

Located inside of a towering waterfront office complex, Brookfield Place provides an impressive amount of indoor shopping, as well as a delicious food court. Without technically being a mall, it comes pretty close. Large windows letting in lots of natural light, beautiful architecture and plenty of open seating areas. Besides shopping, the complex offers many special events throughout the year- ice skating in the winter, beer tastings, live orchestras and film screenings. The building also includes the second ever location of Saks Fifth Avenue in New York City and the first downtown women’s store of its’ kind. Visitors will also recognize other shops such as Theory, Michel Kors, Burberry, Diane Von Furstenberg and J. Crew.

New York’s newest transportation hub isn’t just for commuters, but is rather a collection of various shops and eateries, with over 78,000 sq. feet of retail space in the center alone. Amongst its’ winding halls and pathways guests will find an additional 290,000 sq. feet of coffee shops, shoe stores, beauty products, technology, etc. It’s indoor location makes it a prime spot when the weather is dreary. Included in the multiple buildings that make up the new World Trade Center complex, the Oculus stands at the corner, white wings bursting from either side- the building itself is truly enough to marvel at on its own. Accompanying you along your shopping route is pure white Italian marble, making for a very chic and sharp atmosphere. It’s the perfect place to go on a side stop while visiting the memorial or St. Paul’s Chapel.

It may sound odd to hear the words meatpacking and fashion together in one sentence. But believe it or not, what was once an industrial hub of blood and meats is now one of the trendiest places in all of NYC. The entire district, though small, has been growing day by day to include more businesses and bring in more infamous names that people know and love. Nowadays, the main collection can be found on 14th Street between 9th and 10th. Levi’s, lululemon, Diane Von Furstenberg…these are just a few of the many shops that you will find. While you’re in the area, be sure to make a stop at the Chelsea Market. Nabisco Factory turned food hall, the market is great for the passionate foodie, but also has a handful of unique shops as well. Including Anthropologie, Chelsea Market Baskets, Posman Books, Imports From Marrakesh and Artists and Fleas- a collective shop that features fashion, design and art from dozens of different merchants.

Recently reopened after the destruction of Hurricane Sandy, the South Street Seaport is still renovating and expanding. But even while still in progress, it is not to be missed. The number of shops at the moment isn’t huge, but the joy in visiting is to stroll along at a casual pace. By far the best scenery of anywhere on the list, a sunny afternoon at South Street Seaport could turn into one of the best memories of New York. While you’re there, be sure to stop by one of their many unique restaurants or sign up for a sightseeing boat ride. Also make sure to visit Fulton Stall Market (an outpost for local farmers and food vendors) and the South Street Local Artists shop. As long as the weather is on your side, you’ll have a wonderful time.

Nestled away in the Lower East Side, Orchard Street is the more unknown site on this list of shopping destinations. Even those who were aware of its’ location were probably unfamiliar with its growing status as a shoppers’ go-to. The street itself goes on for under 10 blocks, so it’s not overwhelming in size. That being said, the options are still very broad and quite interesting. Unlike SoHo or Madison Avenue, the names you see here probably won’t be as familiar. You’re more likely to locate a vintage boutique that can only fit 20 people max. This shopping strip of the Lower East side features a good selection of dining options as well, plus the much favored Tenement Museum. Orchard Street is the place to go for those wanting to experience a more local side of the city.

There’s a reason window shopping exists and nowhere is that more evident than along Madison Avenue. The fifteen block strip from 57th Street to 72nd boasts familiar designers such as Ralph Lauren, Mulberry, Calvin Klein, Kate Spade, Prada, Chanel and Giorgio Armani. Definitely the place for more expensive purchases, be prepared to be a bit dazed by the price tags. But at the end of the day, the attraction of the area is really the remarkable window displays. On a nice day, take a stroll alongside these meccas of the fashion world as you imagine yourself walking the streets of New York adorned in their beautiful clothes. Even if you do end up dropping a lot of cash on an item, a trendy and expensive purchase is all part of the New York Experience.