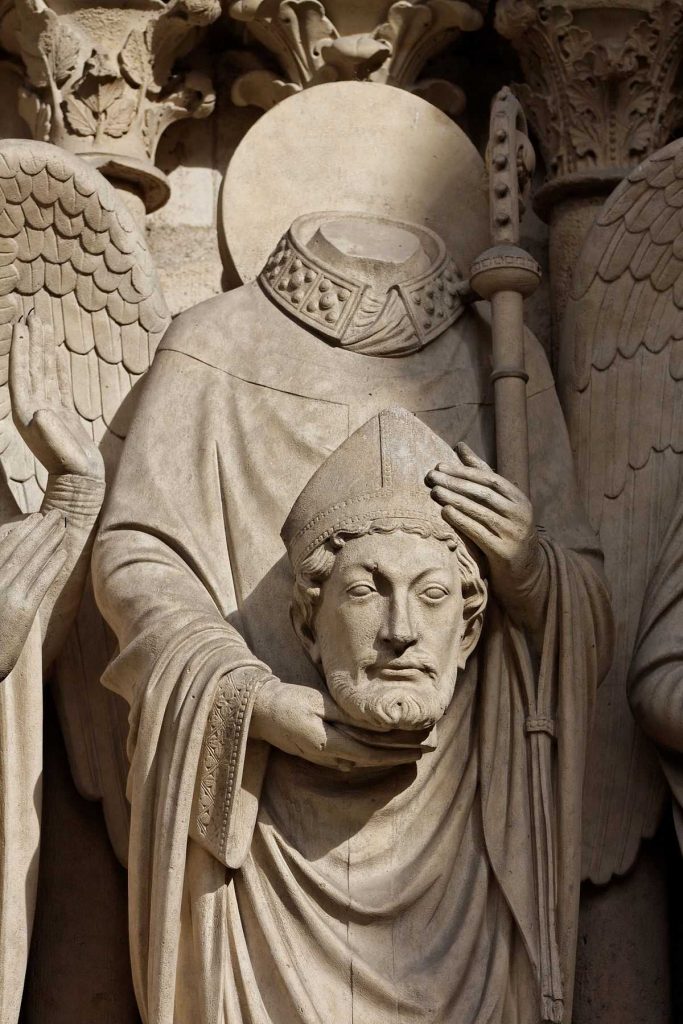 No this is not a story of mutated zombies! It is however  a very strange and macabre story about Montmartre and how it got its name. Montmartre directly translated means “hill of martyrs” and is named after the first archbishop of France. His name was Saint Denis and he was sent by Pope Fabian along with six other missionaries to convert the Gauls, during this time in the third century the Romans still occupied Paris.

The Missionaries were so good at converting the population that many were crossing over to Christianity and this lead to much unrest in the roman religious community. They were not pleased about losing followers.

Saint Denis would not back down and renounce his religion, which led to the Romans condemning him to be decapitated on the south facing side of the hill. It is said that after his head was cut by sword from his body, he stood, picked up his rolling noggin and proceeded to walk the 6km up and over Montmartre to a village north of Paris, where he finally collapsed. While walking, he preached the gospel and stopped once to take a drink of water (goodness knows how he managed this).

A chapel was raised at the site of his burial by a local Christian woman; it was later expanded into an abbey and basilica, around which grew up the French city of Saint-Denis, now a suburb of Paris. The basilica also became the official burial place for french kings.

If you would like to discover more about this fascinating man and the magical Montmartre,  why not join us on our walking tour.