Bye! You have logged out from ExperienceFirst.
Blog · New York · Visit Ellis Island – From Gallows to Immigration
January 11, 2016 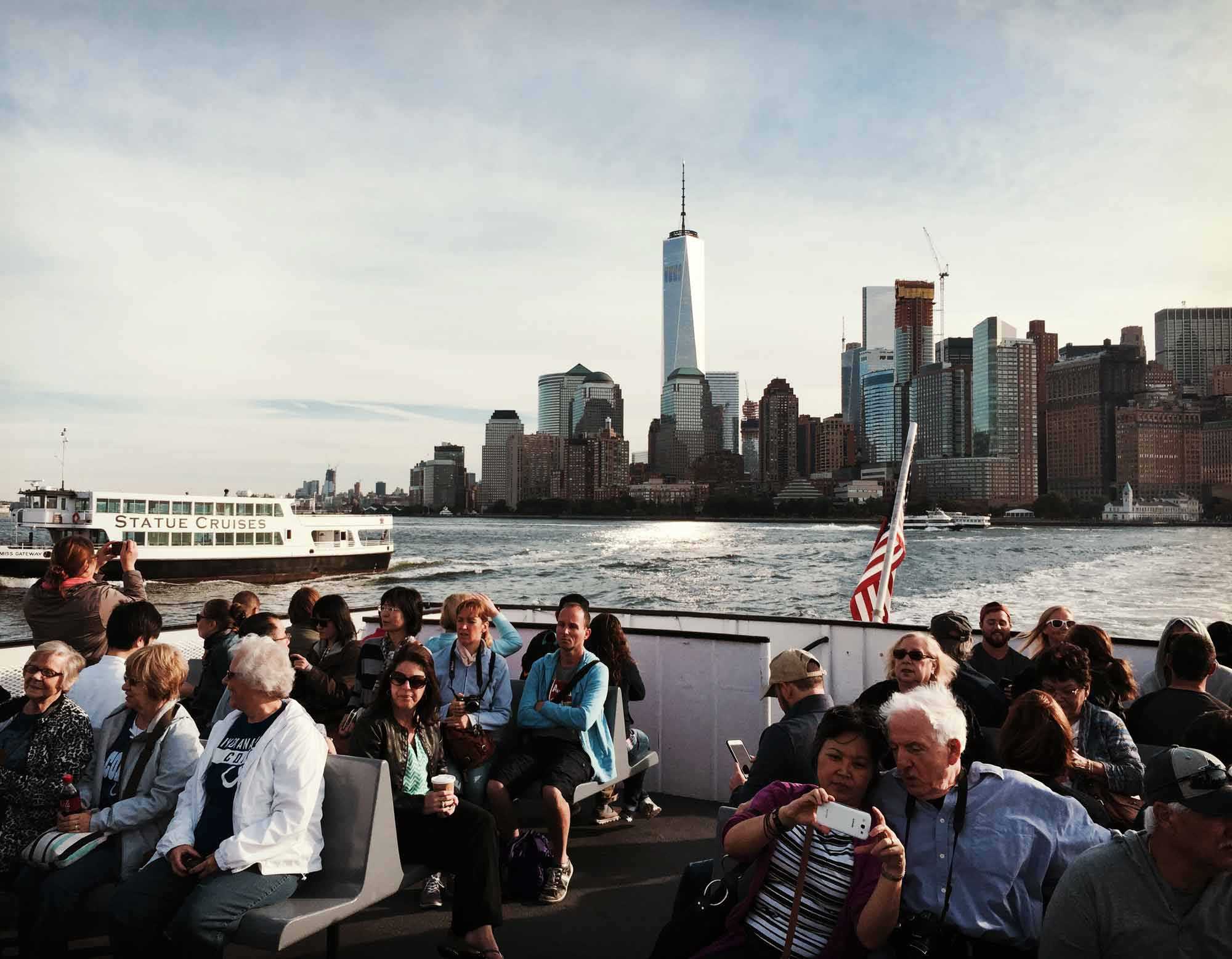 Before you visit Ellis Island, it’s important to understand its multifaceted past. It was known as “Gibbets Island” in the late 1600’s, when the early Dutch merchants, as well as those from various European countries, trickled in across the Atlantic to the island of Manhattan (which was known at the time as “New Amsterdam”). They were merchants, not yet settlers, who were seeking to take advantage of the untapped resources of the new world. As the years went on, ports and docks were built, repair shops for boats, stores for clothing, tools & daily goods set up all around the island of New Amsterdam. The businessmen running these goods and services began to settle rather than returning to their native countries back in Europe. “Gibbets Island”, as Ellis Island was known, is another word for “gallow.” During that time period, when the early merchants and settlers were populating the islands, this island was used as a place for criminals to be hanged.

Back then, Ellis Island was naturally only 3 acres in size, much smaller than it is now. Today it is 27 acres. Where did all that extra land come from? Centuries after Manhattan had grown from a trading post to an established city with a sizable population, the first subways in the world began to be constructed. Between 1895 to 1905, the first subway lines were being excavated across the harbor in Manhattan and Brooklyn. The material that was excavated from the tunnels was put on a barge and added onto the island. This new land is where the main immigration center was constructed as well as the General Hospital buildings- which you can visit on an exclusive Ellis Island hospital tour.

Prior to 1890, each state in the US had its own immigration station. At the time, New York’s place of immigration processing was Castle Garden (known today as Castle Clinton). The building- a heavy-duty, circular brick fortress- was originally built almost a century earlier, intended to function as a fort to protect Manhattan from British forces during the War of 1812. From 1855 to 1890, over 8 million immigrants passed through Castle Garden. Meanwhile, Ellis Island sat quietly across the harbor.

Seeing an uptick in the number of immigrants coming in, the Federal Government stepped in to manage immigration. The local politicians of New York did not like this. Expressing their disapproval, the state of New York refused to let the government use Castle Garden. Out of necessity, the immigration facility on Ellis Island was constructed in the early 1890’s.

When visiting Ellis Island, you and your tour guide will step off the ferry in the same spot as over 12 million immigrants did in the first half of the 20th century. The busiest year in Ellis’ history was 1913- more than 1.2 million people entered the country through here. The single busiest day was also in that year, when more than 13,000 people were processed. Granted, your trip was probably immensely easier. Most immigrants arrived carrying all of the possessions they owned at that point in their lives. If it didn’t fit in their luggage bags, they would wear multiple layers of clothes just to be able to pack everything on their person. This was year-round; including the hot summers.

On average, assuming an immigrant had their documents, money, and health together, the process took 6-8 hours per person. After departing the boat, they stepped into Ellis Island’s main immigration building. Inside, they would enter the Luggage Room where luggage could be deposited before walking up the stairs to the Registry Room for processing. However, if you look at photos of immigrants in the Registry Room, most of them are still carrying all of their possessions. Why didn’t many immigrants check their bags in the Luggage Room and make their life a bit easier? Imagine entering a brand new world with all of your irreplaceable belongings, and a stranger offers you a piece of paper to check your bags; you probably would not want to take any chances and continue carrying everything as you made your way up the stairs.

The big open space on the second floor, known as the Registry Room, opened in 1900. One of the first questions asked of the immigrants was to present at least $25 ($595 in today’s money). This ensured the government that the immigrants were not completely broke, and wouldn’t end up sleeping in the doorways and halls of Ellis Island. From there, they would be assessed and scanned over by doctors and nurses to gauge their mental and physical health.

After your papers are approved and stamped, the processing is completed and you’re finally an American. The last step is to choose a staircase. Referred to as the “Stairs of Separation”, this staircase is divided into 3 sections. If your plan was to hop across the harbor and over to the island of Manhattan, which was the choice for over half, you would go left down the stairs. Many of these immigrants settled throughout Manhattan, Brooklyn, Queens, and the surrounding boroughs. If you were planning on going anywhere else in the country, you would take the right-side staircase to the New Jersey ferry, which connected you to the main rail depot of the eastern corridor. From New Jersey, if you wanted to go to the Midwest or the South, you stayed on the ferry and continued on your journey further into America. The middle of the staircase was specifically for immigrants being admitted to the Ellis Island hospital. No one wanted to go down the center.

At the bottom of the staircase, when the Immigration Center was still in operation, the hallway was one of the happiest places on earth. It was informally known as the “Kissing Post.” Since visitors were not welcome in the processing center, they had to wait in this hall for the incoming friends and family members. It is important to note that many families arrived in America one or two members at a time, not whole families at once. For example, a father may come first, work in Manhattan for several years, then send back enough money to his home country to get the rest of the family over. There was no instant communication to keep each other updated either, letters would take several months to arrive. The accounts of families reuniting in the Kissing Post hallway are very emotional. They would collapse in each others arms, or cry uncontrollably, or even just laugh. Others would jump and dance, and of course, some would passionately kiss.

Now, not everyone was out of trouble just yet. Crooks waited in Manhattan and Jersey at the ferry landings looking to rip off the green immigrants. Flashy, well-dressed men wearing gold colored watches would offer to find them jobs and housing, all for an upfront cost. Susceptible immigrants would hand over their money, then never see or hear from these crooks again. This led to the establishment of the immigrant aid societies, which would help newly arrived people of their respective native countries get on their feet.

We hope you have a memorable and immersive experience on your Ellis Island visit with our highly-experienced tour guide.