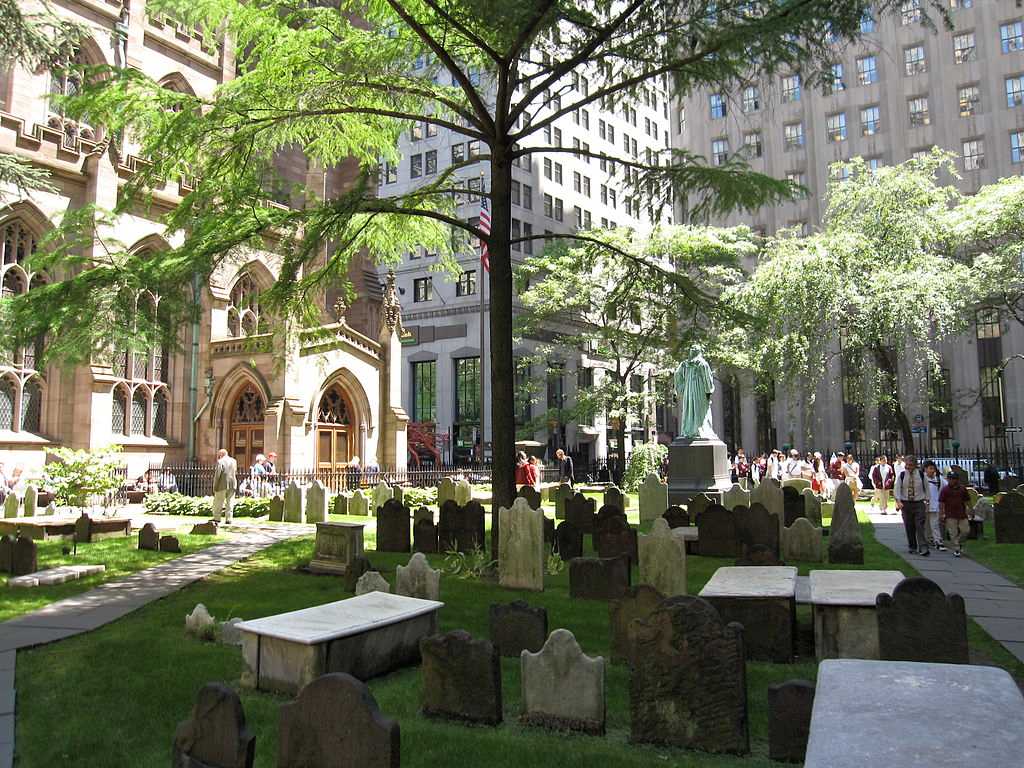 Telling New York ghost stories is time-honored tradition here in the Big Apple. Every city has their share of spooky tales, but we think NYC’s long and storied history has some of the scariest.

While most of these New York ghost stories happen in the imaginations of our more creative inhabitants; there’s at least one message from the dead you can read for yourself!

The cemetery at Trinity Church in Manhattan’s Financial District provides a peaceful slumber for many great New Yorkers. But some of its deceased inhabitants were not content to leave this world completely behind, as evidenced by the mysterious tombstone message shown below. Who was James Leeson and what words of wisdom did he leave behind?

James Leeson died at the age of 38 in the year 1794. Not much is known about his life, but he certainly has enjoyed a second existence through the attention he draws from guests.

Confused? Take a closer look at the top of the stone. What is this mysterious coded message? What are the meanings of the various symbols engraved below?

As it turns out, Leeson’s message is more philosophical than arcane. Before we reveal his secret, lets take a closer look at the cypher.

Many legends persist today about the influence of the Freemasons during the foundation of the United States of America. While many such tales are hard to confirm, there is little argument that the Masons protected their secrets well. The traditional Masonic symbols present here are a clue to the dedicated investigator.

This code, known as a Pigpen Cypher, was a common tool for the organization at the time of Leeson’s death. Here’s the key, found in the pages Secret New York – An Unusual Guide. Care to try your code-breaking skills?

“Remember Death” – Seems like James wanted us to take a moment to remember that life is fleeting. A little morbid, perhaps, but wise words none the less.

Combined with the winged hourglass: “Tempus Fugit”- “Time Flies”, Mr. Leeson wanted to take his last opportunity to inspire us to enjoy what time we have on this planet.

The flaming urn stands in as a reminder about the immortality of the soul, with the entangled compass, square & level representing Masonic paraphernalia.

Come see James’ message for yourself on New York Tour1’s Lower Manhattan Tour. Walk some of the oldest streets in the Big Apple and see if you can’t spot a New York ghost of your own.