Top Lesser-Known Sights to Visit in the Bronx & Staten Island 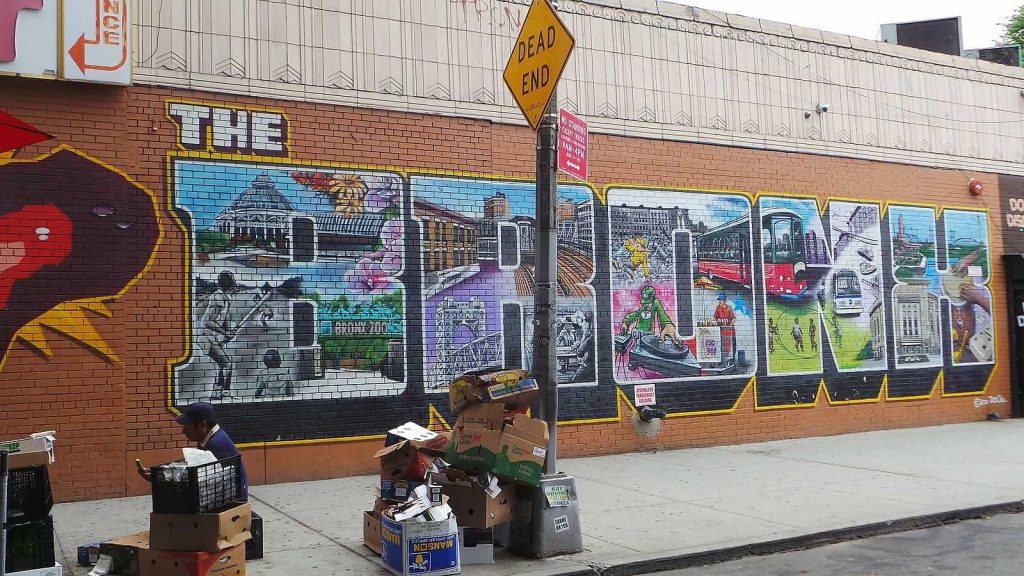 Diving even deeper into the lesser-known New York, consider making a stop in the Bronx or Staten Island. You’ll most likely encounter places many Manhattanites have never been, while also getting a taste of two incredibly different boroughs.

Home to the New York Yankees, residence of Edgar Allen Poe, birthplace of Ralph Lauren and the beginnings of rap music, the Bronx has quite a legendary reputation in New York City history. Unlike Brooklyn and Queens, the area of the Bronx is very rarely visited by tourists, unless they just happen to be passing through. But the borough boasts some of NYC’s most fun and interesting attractions. If you’re visiting Harlem or Inwood, the Bronx is only a few more stops on the train!

First off, it’s true what people say about Manhattan’s Little Italy-it’s really only a shell of what it used to be. But Italian culture is truly still alive and thriving on Arthur Avenue. Located in the neighborhood of Belmont, Arthur Avenue is known as the “real Little Italy” of New York. Generations of families have given the area a small-town feel in such a massive city. Many of the shops and restaurants you encounter were passed on from generation to generation, and boast some of the best food in the borough. It’s the ultimate neighborhood for all of your pasta, cheese, bread, meat and espresso needs. Just east of Belmont is The Bronx Zoo. Among the largest zoos in the entire world, the area is 265 acres with over 4,000 animals to see. One of the greatest deals in New York is pay-what-you-will Wednesdays, where you get complete access to the park for very little money. Word of warning, it tends to be a popular day so it’s best to arrive early. The zoo is a great activity for families, and is guaranteed to be a fun way to spend your day in the Bronx.

Above the zoo is another wonderful attraction, the New York Botanical Garden, an oasis of millions of plants, thousands of trees, glass houses, fountains and walking trails. Throughout the 50 gardens you will find both indoor and outdoor displays. The Thain Family Forest is the largest surviving remnant of New York City’s original woodland, with trees that pre-date the American Revolution. During the holiday season, a special show displays a model train yard with trains zig-zagging throughout a miniature collage of famous NYC landmarks- each one made of organic materials. It’s easily one of the most tranquil and beautiful sights in the city. Just a 20 minute walk away is the Edgar Allan Poe Cottage. From 1846-1849, Poe spent the last years of his life in a small wooden farmhouse, where he wrote such famous works as “Annabel Lee” and “The Bells”. Visitors will see the cottage in its’ original appearance, and can even take a tour of the property as well.

Two of the boroughs’ more “out-there” sights can be found off the last stop on the 4 train, at Woodlawn Station. Woodlawn Cemetery is 400 acres and displays some of the most beautiful and elegant gravestones in New York. There are a total of 300,000 tombs, the earliest from the 1860s. Visitors will recognize names such as Herman Melville, Joseph Pulitzer and Miles Davis. Walking around you will see memorials, gravestones, mausoleums and even a pet parrot buried in a glass-top coffin. Next door to the cemetery is Van Cortlandt Park and the famous monoliths, made of various types of stone. The stones border a seemingly random walking trail, but is actually an old commuter rail line whose tracks were covered over in the 1980s. The variety in stone is due to the fact that the samples were imported into the city for possible use in construction of Grand Central Terminal. Left out to see how they withstood the elements, the monoliths exist today as a rare and mysterious piece of city history.

Often referred to as NYC’s forgotten borough, Staten Island has long been absent in the minds of tourists. Many New Yorkers you meet will have lived in the city for years and have never even been. The closest most people get is by taking the Staten Island Ferry. The ferry is a great way to experience New York harbor without having to pay the price of a ticket. You will be rewarded with amazing views of the Statue of Liberty, downtown Manhattan, Governor’s Island- and the best part is, it’s totally free. So next time you take the journey, instead of just turning around to go straight back to Manhattan, get to know Staten Island a bit and spend some time exploring the sights.

Snug Harbor Cultural Center is one of Staten Island’s most popular attractions. It’s a a collection of significant 19th Century buildings, once a residency for aged sailors. The 83-acre park features a number of attractions, including the Botanical Garden, the NY Chinese Scholar’s Garden, the Art Lab, the Staten Island Children’s Museum and the Noble Maritime Collection. Almost the entire main campus is free for visitors, save for the Contemporary Art Center and the Scholar’s Garden. There is something for everyone at Snug Harbor, which makes it the crown jewel attraction in Staten Island. Coming in at a very close second is Historic Richmond Town, an authentic, original town and farm museum complex. The original town was known  as Cocclestown, constructed in the 1690s and belonging to residents of Dutch, English and French descent. Many of the treasures you will see on your visit date back to the mid-1600s. Guests will have access to all 4 main sights, more than 30 original historic structures and over 130,000 historic artifacts. Travel back in time, go behind the scenes, live, work and communicate in a way that is unfamiliar to us today. Richmond Town offers a very unique experience, one that you won’t find anywhere else in New York.

Two of Staten Island’s most interesting attractions have a bit of a dark and grim past. The first, Fresh Kills, used to be a giant landfill covering over 2,000 acres in mounds of waste. It was once estimated that if the garbage continued to grow and pile on, it would eventually become the highest point on the East Coast. In 2001, the landfill site officially closed for good, and in 2005 it was announced that it would be transformed into reclaimed wetlands and a landscape public park. While the park is still in development, it is still worth a visit to see what has already been completed. Designed by the same architecture firm responsible for the High Line, the new Freshkills Park will include space for nature trails, horseback riding, mountain biking, outdoor dining, even kayaking! Once complete, it will be 3 times the size of Central Park and the largest park developed in New York City in over 100 years. Completion isn’t set until 2037, so- while we still have a ways to go- the park is already making an impact, as over 200 different species of wildlife have been seen at the landfill already.

The second of the sinister sights is the Ship Graveyard. Exactly as it sounds, the graveyard is purely a massive jumble of metal and wood, slowly decaying, sinking its way below the surface. In the waterway between Staten Island and New Jersey is the Witte Marine Equipment Company, those responsible for dismantling hundreds of small tugboats & harbor ships, and leaving them to rot on the shores of Staten Island. At one time, a total of 200 ships had come to their final resting place in the graveyard, while today there are a mere 25. It’s a great destination for any avid photographers or anyone who is interested in eerie, out-of-this-world attractions.