Surfing and Skiing in LA 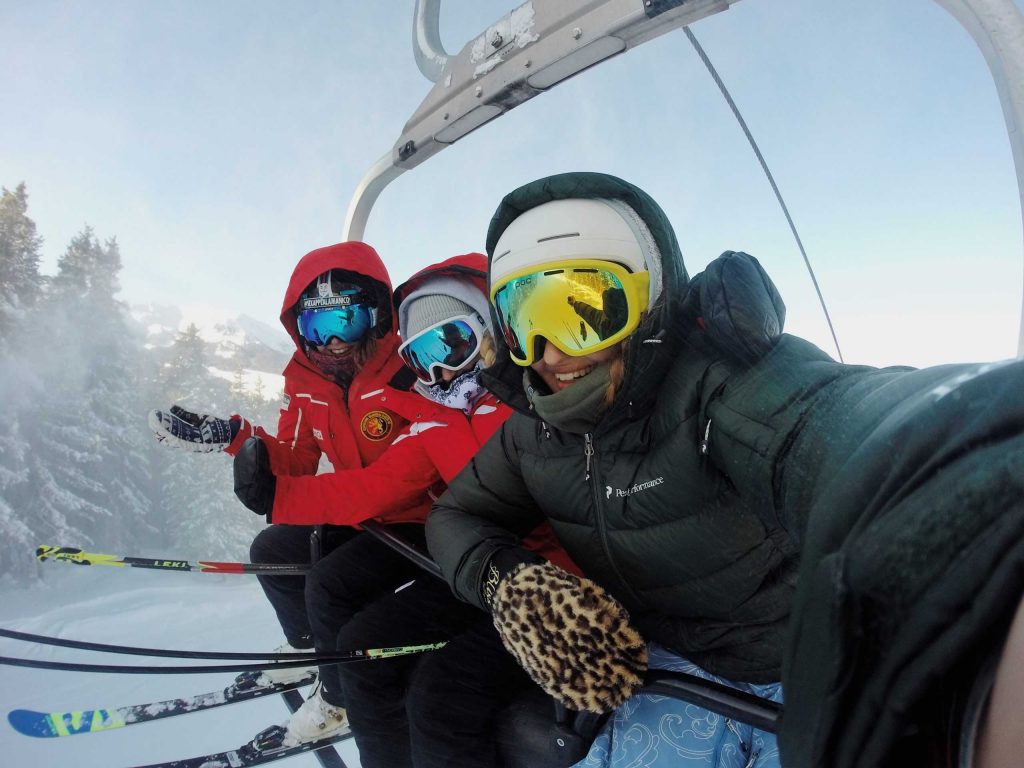 When people think of Los Angeles the sunny beaches of Venice, Santa Monica and Malibu often comes to mind. Not typically associated with the City Of Angeles are snow capped mountains and skiing. But during the winter (or what Angelenos refer to as winter which is basically anything below 70 degrees Fahrenheit) one can visit places like the Getty Center, Greystone Mansion or Griffith Observatory with their sweeping, panoramic views of LA and, if it’s clear, look west to the crystal blues seas of the Santa Monica Bay where the Pacific Ocean meets the Los Angeles Basin, and then turn to the east to see the snow covered peaks of the San Gabriel, San Bernardino, and San Jacinto Mountains.

I have often told guests on an LA Highlights Tour that this unique landscape that the city of LA is nestled into provides the opportunity to surf and ski in the same day. I’m not sure if they all believed me but it doesn’t matter. I know it’s possible because I recently was able to do it.

I awoke at 5:30am on April 8th, 2019. Sipping a freshly brewed cup of coffee and rubbing the sleep from my eyes I logged in to my surfline.com account to see what the morning conditions had in store; a light offshore breeze and a 2-3ft swell was coming in.

Far from the mouthwatering conditions any hardcore surfer would hope to see, this felt like an ideal way to begin a day that would undoubtedly require the expanse of quite a bit of energy. I met my friend Joe in the parking lot of our apartment building in Hollywood. We strapped our boards to the roof of my car, threw our wetsuits in the back and were on the road a few minutes after six with the first light of the dawn beginning to peak over the eastern horizon.

We arrived in the parking lot at the end of North Venice Boulevard in Venice Beach at about 6:40am where our friend Dane, who had only confirmed he’d be joining us a few minutes before we left, was already waiting. After changing into wet suits and waxing down the boards we began fiddling with the GoPro cameras we had bought to document the occasion. Joe tucked one into the sleeve of his suit, I tied one around my wrist and off we went.

For something that is always in motion the morning ocean felt still. Small sets came in and we caught a few short rides. The GoPro came off my wrist about 15 minutes into our session never to be seen again, something I would hear about for the rest of the day. There were a few others in the water, most of which were human until a school of about 4 or 5 dolphins swam slowly by.

Usually when I see dolphins they’re out beyond where the waves are breaking but this morning they seemed close enough to touch. After we got out I learned that Dane actually did touch the dorsal fin of one of the dolphins as it swam by. The close encounter was the highlight of what was an otherwise subpar day in the water. But a bad day surfing is better than a good day doing just about anything else, and this day was far from over.

We got out of the water around 9am and were back at the apartment by 10. Our place was pretty much on the way between the beach and the mountains so we dropped off the boards and hopped into Joe’s car, which had already been loaded with the ski gear, and moments later we were on the road again.  We drove east on the 210 freeway until highway 330 took us up a winding road to Big Bear Mountain.

By the time we parked and geared up and got on the ski lift it was about 1pm. A few minutes later we were off the lift and skiing and the mission was officially complete but we were determined to get our money’s worth out of the lift ticket and skied until the lift closed at 4pm. Big Bear would close for the season a few days later, the snow was rapidly melting and we were skiing in t-shirts.

Since we hadn’t bothered to stop for lunch we gorged ourselves on a gluttonous meal at the ski lodge accompanied by a couple of well earned Blood Marys.  We looked the skiing footage on our phones which looked much better than the surfing footage we had on our one surviving GoPro. Filming on land is much easier as it turns out. By 7:30pm we were back at the apartment. And our 13 ½ hour adventure was complete.

There are only a few places in the world that give you the opportunity to surf and ski in the same day and the land that Los Angeles calls home is one of them. It may not be the easiest thing to do but I’m here to tell you, it can be done.