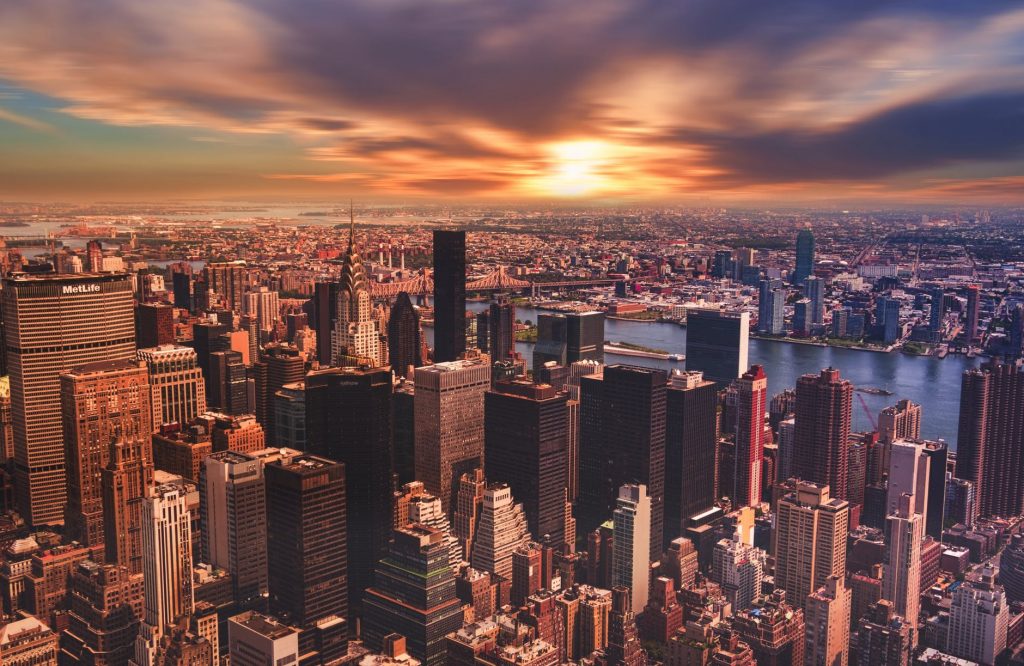 Some of the most amazing attractions in the world can be found in New York . The Empire State Building, The Statue of Liberty, The Metropolitan Museum of Art- all of these historical and significant places found in one city. But there is another side to New York, one that makes it even more special. A side that most visitors neglect, usually because they don’t know much about it- the lesser-known attractions. The ones that are loved by locals, the hidden secrets of the city that are just as fascinating, just as meaningful. Whether it’s your first time to the city or returning yet again, consider adding one of these lesser-known sights to your itinerary, for a different view of Manhattan.

Within the island of Manhattan are dozens of extraordinary neighborhoods. Most of these have been transversed time and time again by the average visitor. But beyond the boundaries of Central Park are two of New York’s most interesting. The first, Harlem, has an uncommon history in comparison with the rest of the city. Once the hub of the Harlem Renaissance- an intellectual, social and art movement created by African American musicians, poets, playwrights and the like- today the neighborhood is known as a major residential and cultural center. There is so much to do within the neighborhood, it is definitely worth visiting. If you’re interested in jazz, there are plenty of amazing venues, including Parlor Jazz at Marjorie Eliot’s. A free, weekly concert every Sunday in the parlor of Eliot’s home.

Harlem also holds the Cathedral Church of Saint John the Divine, the largest Anglican cathedral in the city and the world’s fifth largest Christian church. If you enjoyed Saint Patrick’s, you will be in awe of this Gothic and Romanesque Revival behemoth. For those Alexander Hamilton fans out there, you can visit his Harlem Estate entirely free of charge. Formally known as Hamilton Grange, this National Park gives you an exclusive glimpse at one of America’s most influential founding fathers. Recently reopened to the public, the High Bridge connecting Harlem to the Bronx is something many locals have yet to experience. Originally built in 1848, High Bridge is the oldest standing bridge in New York City. Closed for more than 40 years, the parks department has reopened this artifact of history once more to the public.

Beyond the neighborhood of Harlem, is another exceptional area- Inwood. Commonly known for its’ more soothing atmosphere, being in Inwood almost feels like an escape from the city. As a neighborhood, it’s slowly becoming one of the most attractive places to live. Its’ serene and secluded nature is very appealing. For visitors, it offers some of New York’s most beautiful parks and museums. All the way at the tip of the island, seemingly the end of the earth, is an area called Inwood Hill Park. Home to the largest remaining forest land on Manhattan, one feels as if they’ve completely left the city behind. Hike through chestnut trees, discover cottontail rabbits, or just relax on the waters edge. Just below Inwood Hill is another beautiful space- Fort Tryon Park. Over 8 miles of pathways, the city’s largest garden and the home of the Cloisters– a branch of the Metropolitan Museum of Art, specializing in European medieval architecture, sculpture and decorative arts.

Photo Courtesy of The Cloisters Collection, 1925

Besides Harlem and Inwood, Manhattan itself is full of surprising attractions, not commonly recognized by the average traveler. If you enjoy Central Park, be sure to make some time to head up to the Conservatory Garden. The only formal garden found in the park is located at the intersection of 105th and 5th Avenue, far away from the populous lower half. If you’re looking for something even more offbeat, head west to Hudson River Park. This 550-acre, waterside park follows the spine of Manhattan from Battery Park all the way up to 59th Street. It’s perfect for a sunny day of walking and talking, and features great views of the harbor downtown. Even more secretive are the Community Gardens of the East Village. Hidden away amongst apartment buildings and city streets are a series of small, quaint gardens, 100% accessible to the public. Some are more visited than others, but each one provides a small, secluded oasis, with its’ own distinctive personality.

To get a unique perspective of history, check out either the Tenement or the Intrepid Museum. The Tenement Museum tells the story of the immigrants who started their American journey on the streets of the Lower East Side. Through personal experiences and recreated apartment buildings, you will experience first-hand the life of a 19th century immigrant. The Intrepid Sea, Air and Space Museum combines a magnificent collection of museum ships with American military and maritime history. Take a look at illuminated, literary and historical manuscripts, early printed books and old master drawings at the Morgan Library and Museum. Or take a free Federal Reserve Museum and Gold Vault Tour. Offered every weekday at 1 & 2 p.m., visitors will learn about all the roles and responsibilities of the Federal Reserve and get a bonus peek at the impressive gold vault.

There are many of these “insider” tours throughout the city that not many guests know about. One of the most popular is the Radio City Stage Door Tour at Radio City Music Hall. Go behind the scenes, admire the art, learn the history and maybe even get a chance to say hello to a Rockette! The Metropolitan Opera also offers a very educational and immersive tour. Learn more about operations, glimpse the production area and get an insider’s perspective of the theatre. Speaking of entertainment…if you’re looking for somewhere to spend a fun evening that’s not just a standard bar, stop by one of many Speakeasy Bars. Enjoy the thrill of a secret, Prohibition-era style without the fear of actually getting arrested. Or, head to the side halls of Grand Central Terminal to the illustrious Campbell Bar. If you’re looking for something more laid-back, head to McSorley’s Old Ale House. Established in 1854, it has the honor of being NYC’s oldest continuously operating saloon. Have a beer alongside memorabilia from years of service- including an original “Wanted” poster for John Wilkes Booth!

It’s a little known fact that almost all of New York City is made up of islands. The only mainland to be found is in the Bronx. But besides the big 4, there are a ton of other islands in the New York City territory- Ellis Island, Liberty Island, Rikers Island, Randalls Island- and 2 favorites: Governor’s Island and Roosevelt Island.

Governor’s Island sits right next to the borough of Brooklyn in the massive New York Harbor. Though geographically closer to Brooklyn, it is technically still within the borough of Manhattan. There is a ferry service that operates from Battery Park to Governor’s Island, allowing visitors to have easy and cheap access to the park, only 800 yards away from Manhattan. The island is a total of 172 acres, made up of rolling hills, old houses, war forts and other historical sites. The highlights of Governor’s Island are the many special events and exhibitions that are held each year. Some of the most fun and impressive are the Holi Hai Festival, Civil War Weekend, The Jazz Age Lawn Party, the Vendy Awards, and Night of 1,000 Jack O’Lanterns. You can bike, play in the fountains, eat delicious food, tour Castle Williams, or just relax in the hammocks. On top of it all, the island has some of the best views of downtown and the Statue of Liberty!

Roosevelt Island is a residential community with some of New York’s most compelling history, again within the borders of the Manhattan borough. The island has been host to several hospitals, a prison, a penitentiary, an asylum, a lighthouse and a chapel. At the southern end of the island you will find the Renwick Ruin, the remains of an 1850’s smallpox hospital. Below it, is the site of the Franklin D. Roosevelt Four Freedoms Park. On the opposite end of the island is the Blackwell Island Light, a 50 foot Gothic-style lighthouse built in 1872. Roosevelt Island is also the location of one of New York’s oldest houses and the island’s oldest landmark- the Blackwell House. You can access the island by subway, or by the famous Roosevelt Tram- the only commuter cable car in North America. It offers stunning views of Manhattan for the same cost as one subway swipe. Both Roosevelt & Governor’s Island are a great place to spend a morning or afternoon for a small taste of the outer reaches of New York, beyond just the 5 boroughs.