According to Andrew: K-TOWN – Blog

Bye! You have logged out from ExperienceFirst.
Blog · Los Angeles · According to Andrew: K-TOWN
May 3, 2018

According to Andrew: K-TOWN 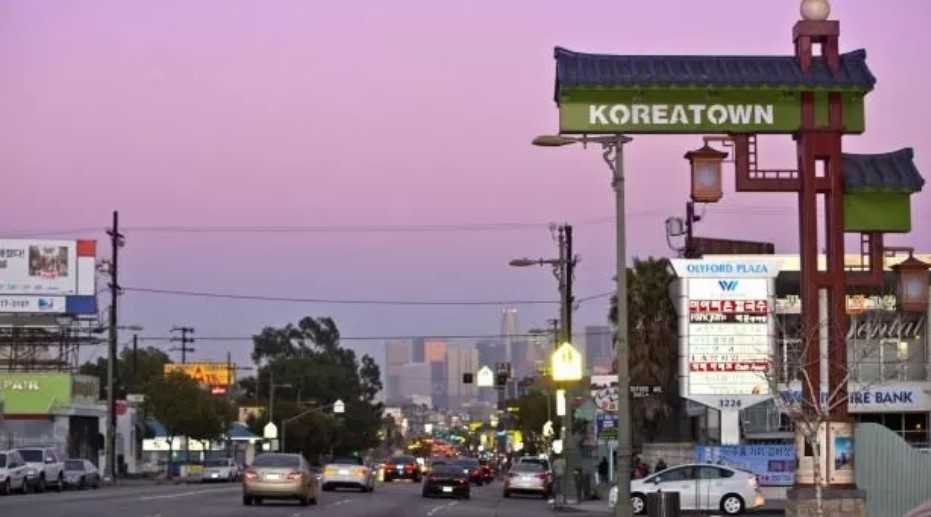 With the Korean peninsula dominating the news recently, I think now is a great time to talk about Koreatown here in Los Angeles. Personally, “K-town” means a lot to me as this was where I got my first job after I moved here from my home state of Indiana. This area of LA has the largest population and that’s no wonder because K-town’s got much to offer. K-town is home to tons of wonderful restaurants, bars, theaters, and beautiful architecture.

The Mid-Wilshire district southeast of Hollywood began to see a rise in Korean immigration in the early 20th century which coined its title “Koreatown” by the 1930s. The area is packed with art deco style buildings that have been repurposed through the years from commercial to residential. The metro purple line subway runs through this neighborhood, making it an ideal place for residents, retailers, and patrons to frequent without having to deal with traffic or parking.

When I decided to pack my bags and journey to the west coast, I couldn’t have chosen a worse time. It was right around the recent recession so pickings were slim on the job market. I was averaging three interviews per day for nearly two months before I made my way to Bann Restaurant in the heart of K-town.  The place was super busy even at 11am. I chose to wear all black that day and luckily for me, that is exactly what their staff dressed like. My soon to be manager took one look at me and said:

Manager: “CAN YOU WORK ALL DAY?”

Me: “Uh yeah…but I’ve never been in a Korean restaurant.”

That first day I learned two things: 1) never wear dress shoes to a restaurant shift and 2) that my new favorite food was kimchi! Kimchi … is pretty intense by the way. You either love it or hate it and for me it was love at first bite.

I didn’t just fall for kimchi, I liked almost everything on the menu! My Indiana pallet had never experienced anything like Neng Myun (cold noodle soup) or Soon Doo Boo (blood sausage) but I kept an open mind. Sometimes they’d serve us food that was so Korean that when I asked a coworker what we were about to eat he said, “I don’t know what it’s called in English but it’s good. Just eat it.” so I did and he was right! The very act of dining here was new to me because most Korean BBQ joints serve raw meat which the customer then cook on the grills at each table. I started to explore more of Koreatown with my coworkers and learned that while our restaurant was very expensive (one plate of galbi cost $20) almost every other eatery offered great deals by comparison.

Castle BBQ on Western became my HAUNT! For only $12 you can get all you can eat beef brisket, marinated chicken, and pork chops along with your endless sides of various kimchi and rice. Dining at Castle is almost communal in that the majority of the tables are connected in rows but they also have some private booths. I prefer the larger tables because after some beer and soju (Korean Vodka) most guests become more social and it’s a great way to meet new people.

There are loads of nightlife spots here as well like Feel Karaoke which offers both large stages to perform to other guests and private rooms in case you don’t want to hear some drunk stranger sing bohemian rhapsody for the 10th time that night.  Ga’am is another fun lounge that also serve wonderful Korean cuisine. The famous Wiltern theater has regular performances by amazing musicians and comedians.

K-town is an area of LA I would definitely recommend to visitors who want to get a real feel of what life is like here in LA. This neighborhood isn’t as touristy as Hollywood or Santa Monica and that gives it much more personality. You gotta come visit and try the kimchi, cook your own bulgogi, drink some soju, practice your swing at Aroma Golf Range, and sing like no one is listening in your own karaoke room! You won’t regret it!