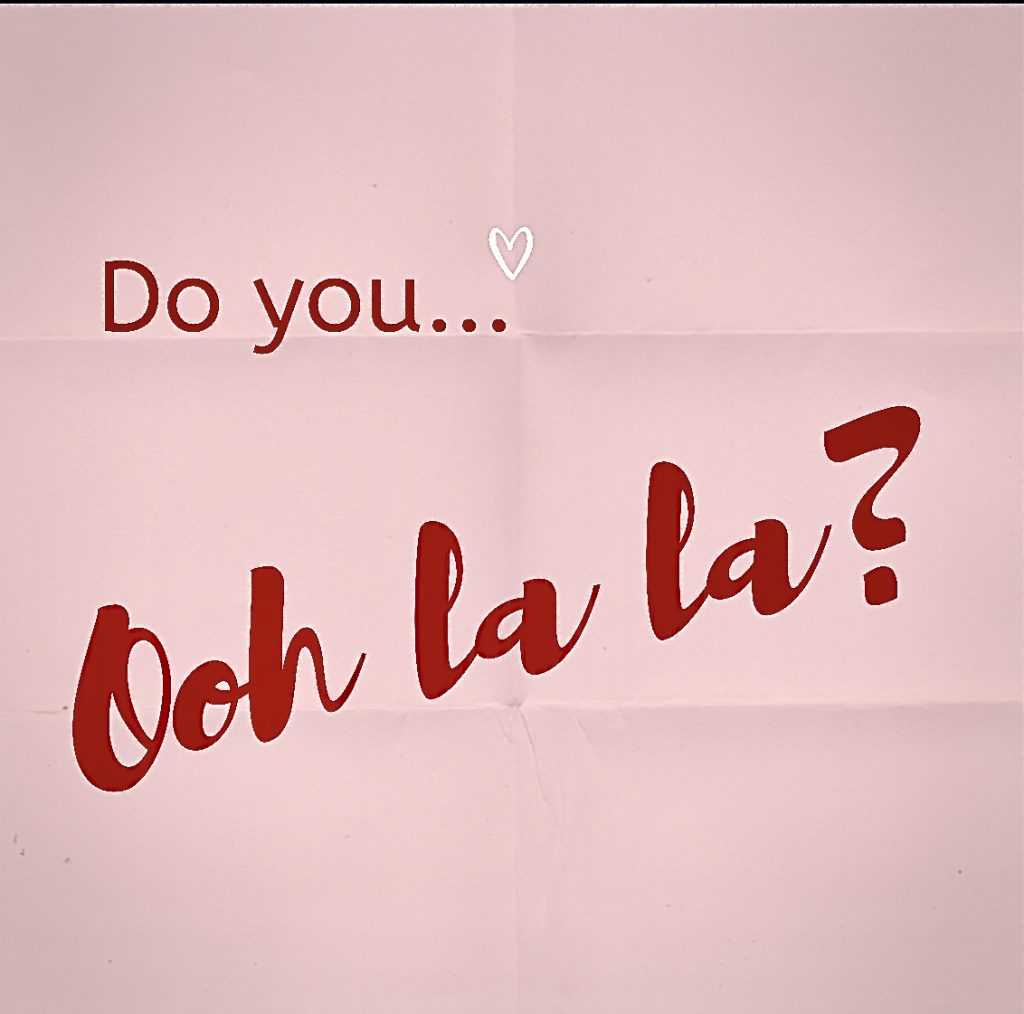 The mystery. The myth. The confusion.

According to Wiki statistics, the phrase “ooh la la” has been given to;

According to a search query, it can be spelled numerous ways;

When querying a Parisian, it is said to be spelled;

Depending on which Parisian you asked.

What it means when a Parisian says “Ooh là là là là.”

And for the American audience, a little…

Notions abound regarding what Parisians say, how they say it, and what they mean by what they just said. The French language has been around for a while so the depth and breadth of colloquialisms, nuances, and vernacular is sizeable.

“Ooh là là” is an actual phrase used by the French.

This is where it gets a bit technical. In the English/American “L” sound, the tongue’s position allows some air to escape from the sides of the mouth and the tip of the tongue is pointed and touching the space right behind the front teeth. The way the “L” is pronounced in the French way to say “Ooh là là”, the tongue is shaped almost cup-like at the roof of the mouth in such a way that no air escapes. It’s a more full, resonant sounding “là là.”

I’ve heard it used by a Parisian when a box of pastries was opened. Another time when a particularly strong-smelling fromage’s wrapper was peeled away. Once when ogling some TV eye candy. Yet another time when a group of twenty-somethings were playing a hand-clapping game and one of them slapped the wrong palm. The Ooh là là là là was followed by laughter and a good-natured embrace.

There are words in French language that sound exactly the same with very different meanings, and sometimes with more alike meanings too, and when trying to speak French as a newbie, what may sound like the correct ‘sound’ of a word or letter to a non-French speaker, is invariably going to be given the ‘I just smelled something extremely stinky‘ by a Parisian listener.

Somehow, Parisians just seem to understand the context of every way to say something, no matter how subtle the difference may be. The most patient Parisians will try to explain these subtleties of context to you but it truly takes a fair amount of time to comprehend (and French lessons just to get the basics of the incredibly confusing verb conjugation couldn’t hurt).

That’s why Ooh là là là là is the safe and fun way to speak a little bit of French…like the French.

It is an extremely effective phrase for most anything. It’s a bit like a verbal exclamation mark.